Arundel Castle in West Sussex is to play host to a thrilling three-day castle siege event – which will have visitors on tenterhooks throughout the May Bank Holiday weekend.

It is 1485 and Richard III is King of England. Henry Tudor, Earl of Richmond has laid claim to the throne and landed in Wales, supported by French forces. Seeing the opportunity, another a French force has also crossed the Channel, seized the Kings Ordinance (artillery) and surrounded the Castle at Arundel. The French intend to hold the Earl of Arundel’s fortress, allowing a stronger invasion force to cross from France, sail up the River Arun and into the heart of Sussex. 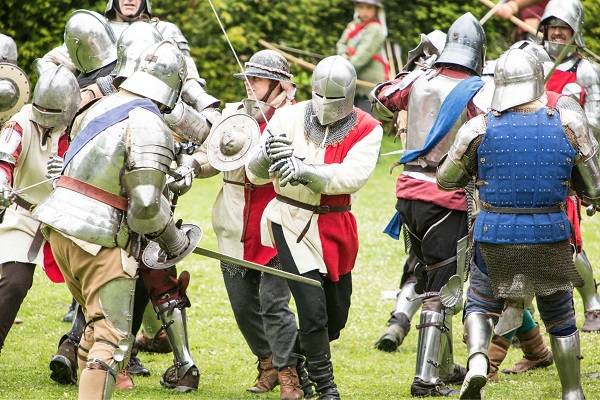 Although there was no historical siege of Arundel Castle in the 15th century, this three-day event will show the importance of artillery in taking a Castle, and as a battle field weapon.

Visitors will be able to see skirmishes between the two sides, crafts, costumes and armour of the period. With the tented encampments of Raven Tor Living History Group, The Wessex Medieval Alliance, and The Company of St. Barbara, covering the upper grounds of the Castle, this May Bank Holiday weekend will be filled with the sounds of battle and conflict.

This entry was posted on Sunday, May 7th, 2017 at 11:05 am and is filed under Great Outdoors. You can follow any responses to this entry through the RSS 2.0 feed. Both comments and pings are currently closed.