Barclaycard British Summer Time Hyde Park 2019 is back for its 7thyear for more shows and unforgettable music moments. I haven’t missed a single one and I start looking forward to this festival as soon as the last gig finishes. Call me crazy, but live music in Hyde Park has to be one of the best things in life. What I love about BST is that it is a family-friendly festival filled with lots of free activities for kids and parents alike.

2018 was my favourite year so far. I was there almost every night and saw Roger Waters, Bruno Mars, Michael Buble‘, Eric Clapton, Carlos Santana and Zucchero. 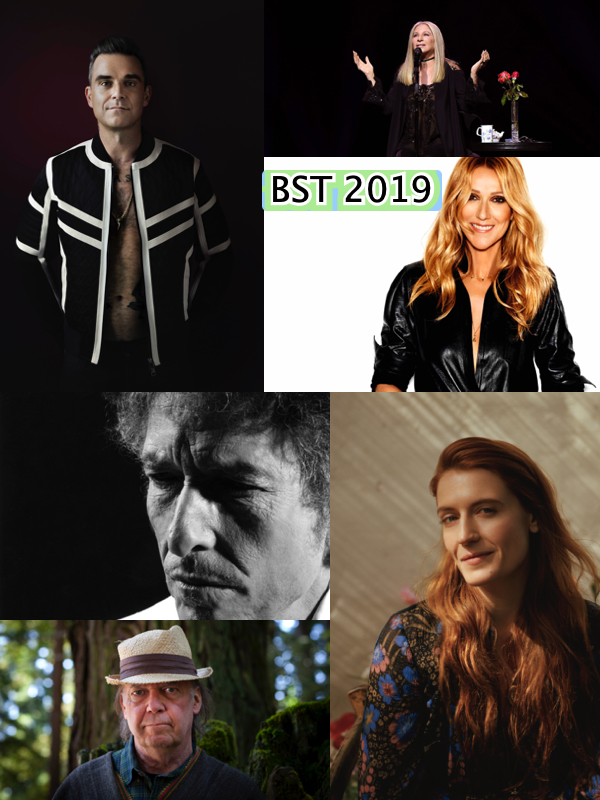 Robbie Williams does not need any introduction. I saw him live with Take That in 2012 where he had his own special gig and was remarkable. At the end of the day he’s one of the most decorated artists around today, with six of the top 100 best-selling albums in British history with 77 million albums worldwide, 14 Number 1 singles and won a record 18 BRIT Awards – more than any other artist in music history. He will release a new album of previously-unheard music directly to his fans with ‘Under the Radar Volume 3’ from across Robbie’s 21-year solo career.

Robbie Williams will headline Hyde Park for the very first time on the Great Oak Stage on Sunday 14thJuly 2019. This is his only UK open-air show of the year.

It’s been a remarkable year for Florence, whose fourth album ‘High As Hope’ already has the feel of a career-defining moment. Featuring the anthemic singles ‘Hunger’, ‘Sky Full Of Song’, ‘Big God’ and ‘Patricia’, Florence started writing the record (which is also the first she has officially co-produced) in solitude in South London: routinely cycling to her studio in Peckham everyday to, as she puts it, “bang on the wall with sticks”. She took the songs to Los Angeles with her friend and co-producer Emile Haynie, opening them up along the way for collaboration with the likes of Kamasi Washington, Sampha, Tobias Jesso Jr, Kelsey Lu and Jamie xx. Florence mixed the record in New York, where the daily, reassuring view of that iconic skyline – often in stark contrast to the chaos of the wider world – gave the album its upbeat title.

Personally I look forward to Barbra Streisand, the ultimate icon and Diva. She will perform on Sunday 7thJuly 2019. She can be considered a music pioneer and one of the most important artists of the last half-century.

Known for her hit songs – ‘Guilty’, ‘Woman In Love’, ‘The Way We Were’, ‘No More Tears (Enough Is Enough)’, ‘Don’t Rain On My Parade’ and many more – Streisand is the epitome of original. She is just as famous for her hit film career, her activism and theatre stardom. She has won 2 Oscars, 10 Grammys (including the Grammy Lifetime Achievement Award), 5 Emmys, the Special Tony Award, American Film Institute Award, Kennedy Center Honors Prize, 4 Peabody Awards, the Presidential Medal Of Freedom and 9 Golden Globes.

In 1977, Streisand became the first female composer to win a best song Oscar for ‘Evergreen’ from “A Star Is Born”. The iconic film was most recently remade by Lady Gaga and Bradley Cooper, which Streisand has shown great admiration for.

Streisand has never forgotten her roots. Born and raised in Brooklyn, New York, she struggled briefly as an actress and nightclub singer in New York during the early 60s before she shot to stardom on Broadway. She made a historic homecoming to Brooklyn in 2012 and again in 2016.

Last year she released Walls, her first set of original songs since 2005 and a comment on President Trump’s America.  The Guardian called it, “a fearless riposte to the White House.” The Independent commented, “Streisand lets loose her still resplendent voice, enunciating each word with such fervour that you can’t help but be swept up in her righteous indignation.”

Streisand has also worked with fellow BST headliner Celine Dion, as well as Ray Charles, Donna Summer, Neil Diamond and many more. She has had Number 1 albums in each of the last six decades – the greatest longevity for any solo recording artist with 11 US Number 1 albums, 6 in the UK and is simply one of the best loved and most decorated artists in any medium alive today. Now one of the world’s biggest stars will light up Hyde Park to bring the first sensational weekend to a close.

It’s important to remember that British Summer Time Hyde Park has been awarded Gold Status for Attitude is Everything’s Charter of Best Practice, recognition of the event’s long-term and continued commitment to inclusivity and access for Deaf and disabled people. The news comes in the same year that the event won both Customer Service and Ticketing Without Barriers (Venue/Event) at the 2019 Outstanding Attitude Awards.

*general on sale prices may differ 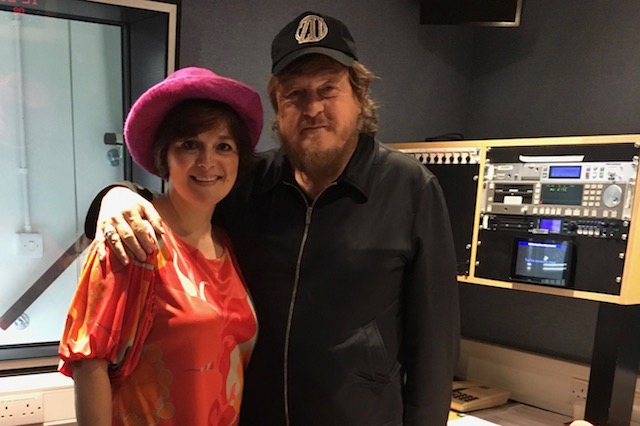 This entry was posted on Thursday, May 30th, 2019 at 8:12 pm and is filed under Great Outdoors. You can follow any responses to this entry through the RSS 2.0 feed. Both comments and pings are currently closed.