London Mums have put together the ultimate list of the best family-friendly festivals taking place during the summer of 2022, offering lots of activities for children as well as parents to enjoy including great music line-ups. 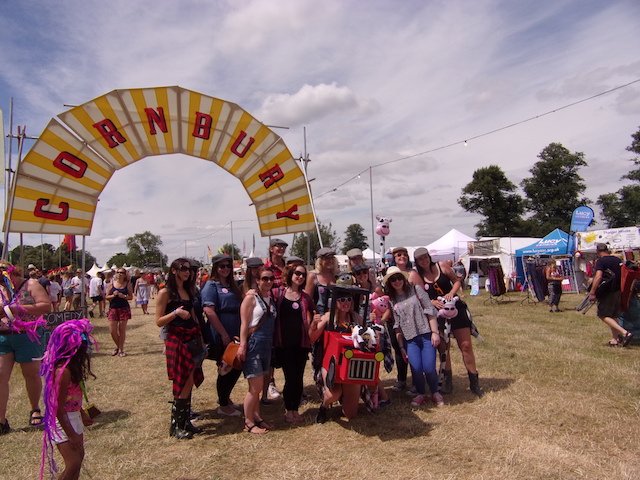 A most rambunctious garden fête. Set within the mystical grounds of Scorrier Estate, Cornwall. The Great Estate is an Award-winning Boutique, Family Festival. Now in its 5th year, 2022 will see it bigger than ever with an increased capacity of 10,000 guests across the 4 day Jubilee weekend,  enjoying the Woodland Silent Disco, Royal Games,  Health & Wellbeing in The Sanctuary, an enchanting range of curious happenings including a Record Breaking attempt for the most people wearing Paper Crowns in the afternoon of Saturday 4th June and Black Grape & Ibibio Sound Machine joining the mighty Manic Street Preachers as headliners. Expect the unexpected!

The Great Estate festival is bursting at the seams with live music, quality entertainment and lots of fun fringe things to do. A stylish fete for all ages with cabaret shows, participatory workshops, magical trails, gorgeous glamping and a flair for the extraordinary.

This year the festival is headlined by Manic Street Preachers,  one of the most influential and iconic rock bands to have come out of Wales. Throughout the years they have collected fans from all over the world, maturing and changing musically whilst always keeping the classic Manics sound. They will be bringing with them a catalogue of old and new hits including; ‘You Stole The Sun From My Heart’, ‘Design For Life’ & ‘ If You Tolerate This ‘alongside newer songs such as ‘Orwellian’ and ‘The Secret He Had Missed’, both taken from their most recent album.

Fronted by the infamous Shaun Ryder of the Happy Mondays, Black Grape are a force majure on the festival scene.  Champions of 90’s rave culture and Brit Pop crossover, the band tag themselves as a British Rock band, featuring former members of the Happy Mondays and the Ruthless Rap Assasins.  Their musical style fuses funk, electro, rap  and rock. With performances that sure are lively!  Shaun Ryder is also a Raconteur & TV Personality.

Ibibio Sound machine, fronted by Nigerian singer Eno Williams, is a clash of African and electronic elements inspired in equal measure by the golden era of West-African funk & disco and modern post-punk & electro.

Festival favourite’s Tarquin’s Secret Gin Garden and Madame Wong’s House of Wrong return with a full line-up of music, burlesque and performances throughout the weekend and after a successful first year at the festival in 2021, Chef Ben Quinn is back with his long table feasts nestled within the woods.

Those  who enjoy a moment of calm can find themselves in The Sanctuary – an area for wellness and workshops for all, The Zen Den yoga tent and home to the newest stage Earth & Roots with the full line up to be announced very soon.

NEW for 2022, and to celebrate the Queens Platinum Jubilee, there will be a World Record attempt of the most people wearing paper crowns, a festival-wide Royal Themed Fancy Dress Competition for the whole family to enjoy and the much loved Victorian Games will now become The Royal Garden Games themed to include activities that royals have enjoyed throughout the years.

Happenings include The Old Time Sailors – a flashmob musical show designed to take the audience back in time through an unforgettable trip to the 19th century. Hip Hop Karaoke, Under The Canopy Corwall, Vintage Fairground, Captain Inkus Tattoo Parlour, Onsite Traditional Barber and Comedy Hours, including a performance from BBC’s Ru Pauls Drag Race star Elektra Fence. You can even learn how to craft your own gin using foraged ingredients from around the estate with Matt Vernon of Cornish Wild Foods.

4 nights of fantastic music in the grounds of the castle (No camping) Human League, Earth Wind & Fire, The Specials and James Blunt with stellar support acts each day.

The Final fling/ Last Hurrah of this infamous big family fete in Oxfordshire – See Bryan Adams, Ronan Keating, James Blunt, Jools Holland, The Waterboys, The Darkness, Steve Winwood, Mica Paris and so many more festival favourites…. The safest, friendliest festival in the UK.. at one time the poshest and sadly  it’s the last one! 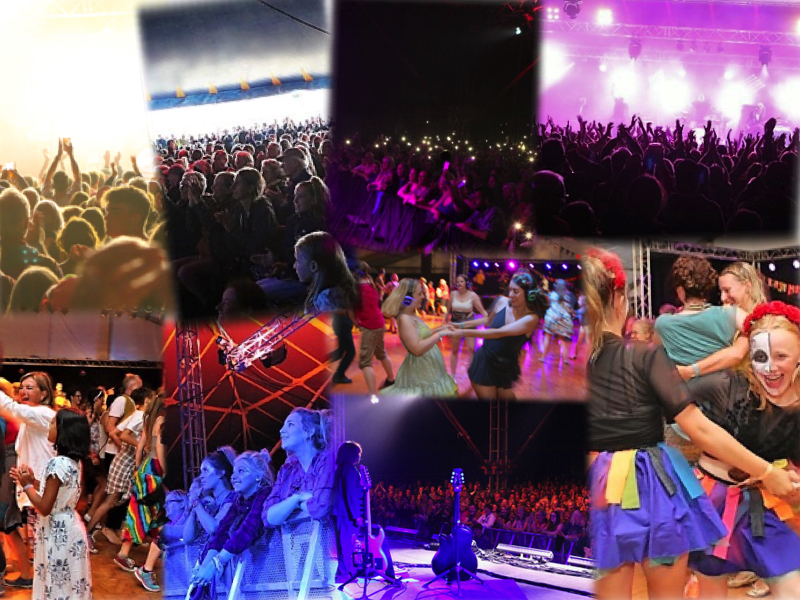 Friendly Family festival in the lovely Claydon Estate National Trust Property in Buckinghamshire with roots in Folk Music  – Imelda May, Bill Bailey, Del Amitri, Howard Jones, Turin Breaks, Kate Rusby and Anais Mitchell and many more.. lots to do for children and 24hrs of Celidah.

Towersey Festival, the UK’s longest-running independent festival, organised by generations of the same family, will  take place this year in the stunning new location of Claydon Estate, Buckinghamshire over August Bank Holiday weekend. It’s come a long way since the first event in grandpa’s back garden in 1965.  The now well-established festival, is a firm favourite of the local communities throughout Bucks/ Berks and Oxfordshire and merry making lovers of folk & alternative music from across the UK.  With a mix of contemporary and traditional acts such as sea shanty band The Longest Johns who made the news on Tik Tok last year to Scottish alternative Rock Band Del Amitri, whose 1990 anthem ‘Nothing Ever Happens’ is a guaranteed sing-a-long to end the festival on bank holiday Monday & this year Towersey are proud to welcome IMELDA MAY  to the top of the bill! 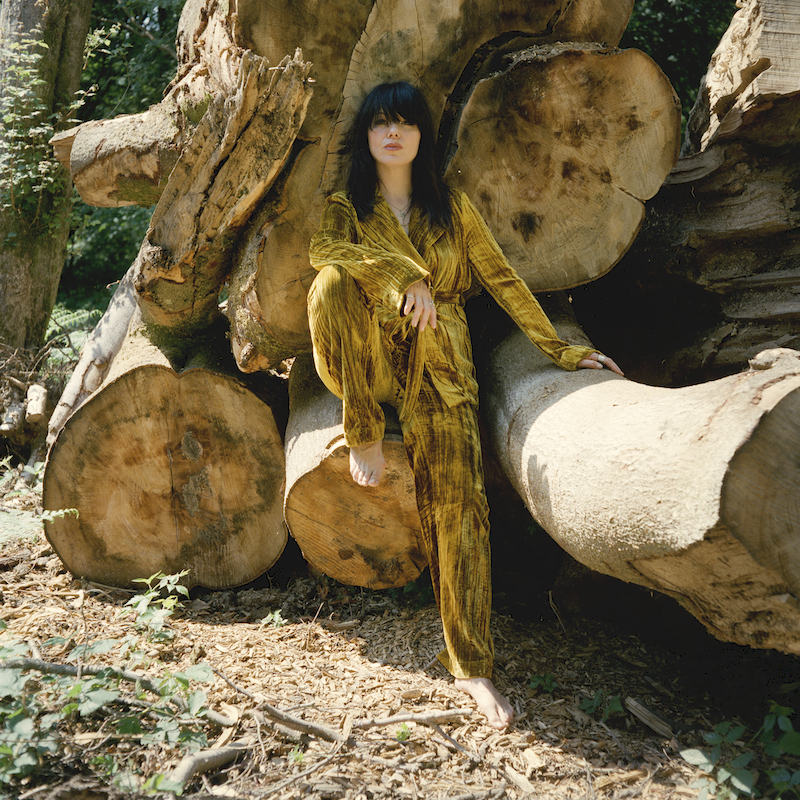 As one of Ireland’s most respected female singer songwriters, with a love of storytelling, her last album ‘11 Past The Hour’ (Decca) featured Ronnie Wood,  Noel Gallagher,  Miles Kane & a cohort of female activists, brimming with sensuality, emotional intelligence, spirituality and intuition, it was Imelda May at her most authentic.  Her performances are always an invigorating statement of rock n’ low slung blues. Last year’s album release saw  Imelda  playlisted on Radio 2 & performed live on Graham Norton’s TV show with a great spread of accolades from print media.

Over at the Festival Dance House, there will be swing & jive dancing, along with ballroom, ballet, contra, a silent disco, music from the Yiddish Twist Orchestra,  DJs playing Afrobeat, roots reggae and blues and over 24 hours of ceilidh.

Away from the music, there are plenty of fantastic activities to ramp up the joy at this wondrous festival. With family at its heart, Towersey hosts a range of thrilling activities for families of all ages including circus & theatre shows, storytelling, outdoor games, history & ghost walks, a fun run, forest school, campfires and music jams, alongside a new “Evolving” young people’s area launching in 2022, which will feature everything from crafts to discos.

There’s so much happening at Towersey, some serious re-fuelling will be in order and the festival is upping the grub game. Expect dedicated street food areas where festival-goers can feed up, wind down and send their bellies on a world tour with cuisines from every corner of the globe. Add to this cafés, bars, shops and stalls, plenty to keep everyone with a full tank!

27th August – Live at Scorrier House, Cornwall Unique one day festival with camping  – Get on the LASH with Groove Armada and Morcheeba.

This entry was posted on Wednesday, May 25th, 2022 at 11:06 am and is filed under Great Outdoors. You can follow any responses to this entry through the RSS 2.0 feed. Both comments and pings are currently closed.