Hard Rock Cafe London, on Old Park Lane, and Hard Rock Cafe Piccadilly Circus have great deals on this month! January can be a hard time for families following the Christmas expenditure, but fear not, feed the kids for free with any adult main course purchased at the legendary Hard Rock Cafes in London. 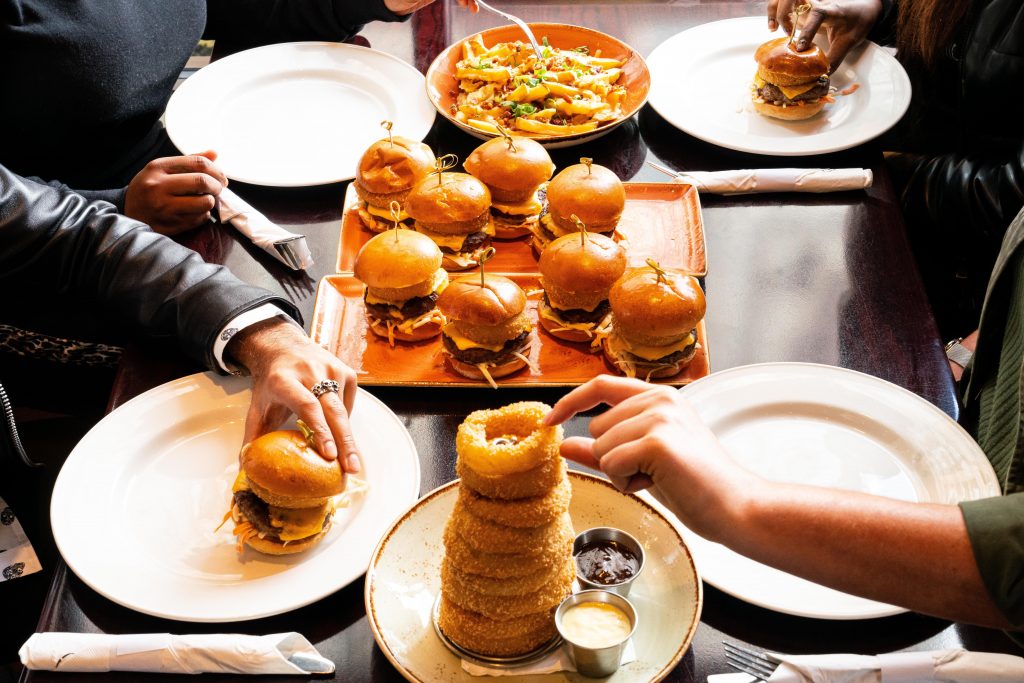 They can munch down on the Lil Roxtars menu, while feasting their eyes on the awesome memorabilia from their favourite music icons. Think Ed Sheeran and Rihanna at Hard Rock Cafe Piccadilly Circus, or classic rock legends like The Beatles and Jimi Hendrix at Hard Rock Cafe London. Just use password KIDS ROCK to unlock this unmissable deal!

The deals do not stop with Kids Eat Free, as Hard Rock has now bought back Endless Fry-Days every Friday this January. When customers order a meal over £9.95, they have to option to make their fries unlimited – that’s right as many fries as you can handle.

Discover the venue that started it all off, known for its authentic dining and world class entertainment, the original Hard Rock Cafe London. Standing on Old Park Lane since June 14th 1971, and proudly boasting a Mayfair neighborhood address, Hard Rock London was the first cafe where the classes mingled.

Originally, Eric Clapton left his guitar here and that’s what started the collection of iconic souvenirs from pop culture. Visitors are invited to explore “The Vault” London’s only rock n’ roll and a treasure trove featuring the most valuable pieces of music memorabilia from across the globe open 1:00 – 9:00 pm. Tucked away in an old Coutts Bank, The Vault was once used to protect the Queen’s coffers!

Hard Rock Piccadilly, on the other hand, is Hard Rock’s flagship property, paying tribute to the building’s prestigious heritage and unbeatable West End location. Walk in and be wowed by the walls adorned with authentic, one-of-a-kind memorabilia from decades of music history, featuring items from British music legends and international stars alike. The venue is home to the world’s largest Rock Shop, perfect for kids to peruse!

This entry was posted on Monday, January 17th, 2022 at 5:55 pm and is filed under Great Indoors. You can follow any responses to this entry through the RSS 2.0 feed. Both comments and pings are currently closed.