The Deep at Sea Life Brighton

Join the Nektons on a thrilling new aquatic adventure and help to solve the mysteries of The Deep at Sea Life Brighton until Friday 13 October 2017.

The Deep, an animated children’s show on CBBC follows the adventures of the Nektons – a group of daring underwater explorers as they discover the uncharted areas of the Earth’s oceans. 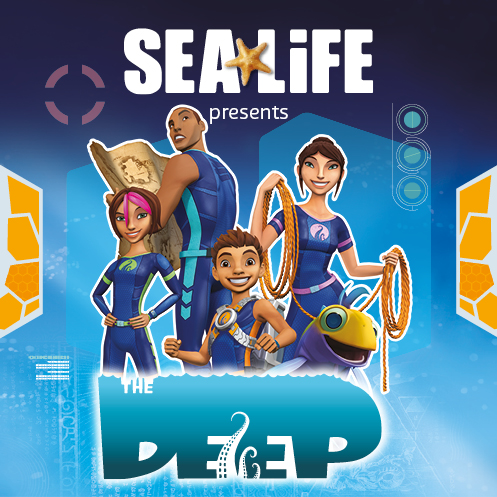 The characters of the hit show will now help visitors to Sea Life Brighton learn more about the inhabitants of the ocean, with areas of the aquarium dedicated to each of the Nekton’s favourite sea creatures.

As part of The Deep at Sea Life Brighton, families can also take part in a range of fun-filled interactive activities and find out fascinating facts about sharks, seahorses and octopus.

The trail spans six different areas, each with a different activity and a unique letter. Visitors that successfully collect all six letters and unscramble them to uncover the code-word will be rewarded with a Nekton medal.

Visitors to Sea Life Brighton will also be able to claim a pop badge, with one of five different designs up for grabs.

This entry was posted on Wednesday, September 27th, 2017 at 11:09 am and is filed under Great Indoors. You can follow any responses to this entry through the RSS 2.0 feed. Both comments and pings are currently closed.