The British Museum has reopened with a very interesting exhibition about Tantra. If you are looking for insights into Sting and Tom Hanks’ favourite love practice you’ll be disappointed because this is more a showcase of the ancient philosophy behind the contemporary practical spin. This exhibition will be suitable also for secondary school students who are learning the history of philosophy. It is also about sex, just so you are aware before sending children to this show. 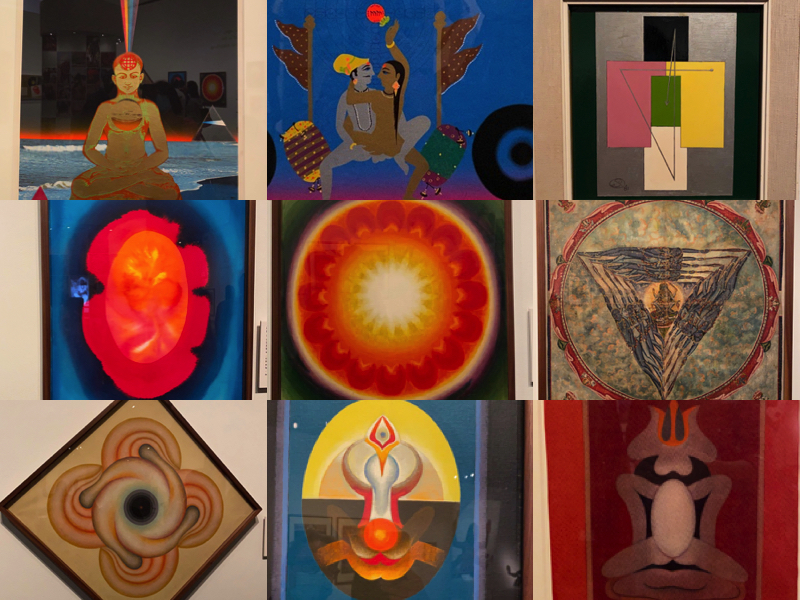 The Sanskrit word ‘Tantra’ derives from the verbal root tan, meaning ‘to weave’, or ‘compose’, and refers to a type of instructional text, often written as a dialogue between a god and a goddess. The exhibition features some of the earliest surviving Tantras. These outline a variety of rituals for invoking one of the many all-powerful Tantric deities, including through visualisations and yoga. Requiring guidance from a teacher, or guru, they were said to grant worldly and supernatural powers, from long life to flight, alongside spiritual transformation.

Centring on the power of divine feminine energy, Elements of Tantric philosophy can be found across Asia’s diverse cultures, but it remains largely unknown – or misrepresented – in the West. From its inception to the present day, Tantra has challenged political and sexual norms around the world. 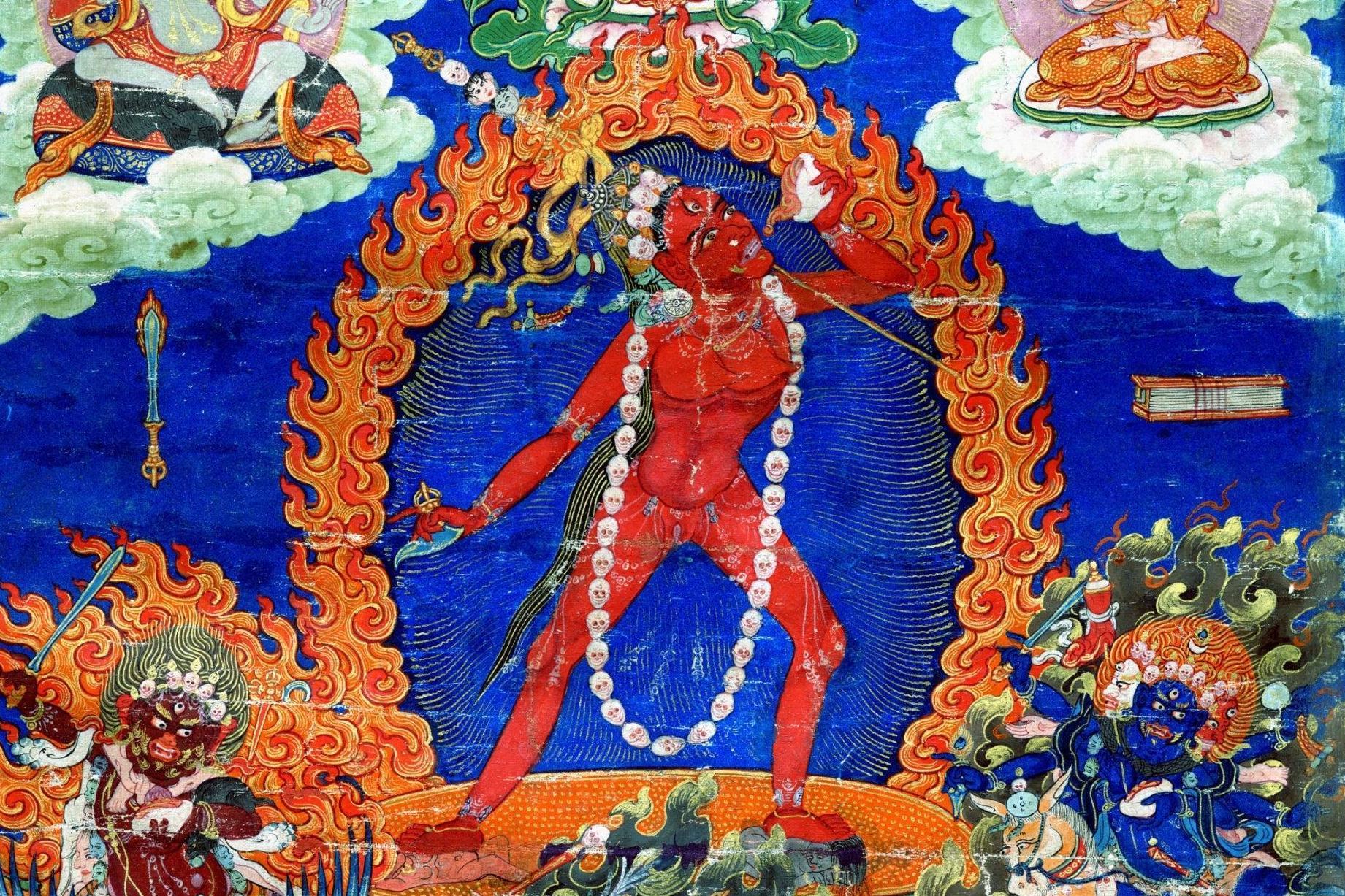 Many texts contained rituals that transgressed existing social and religious boundaries – for example, sexual rites and engagement with the taboo, such as intoxicants and human remains. Tantra challenged distinctions between opposites by teaching that everything is sacred, including the traditionally profane and impure.

The allure of Tantra, with its promise of longevity and invulnerability, retained a hold over those in positions of power between the 16th and 19th centuries, including Rajput, Mughal and Sultanate rulers. One form of Tantric practice that became especially popular was Hatha yoga (‘yoga of force’). 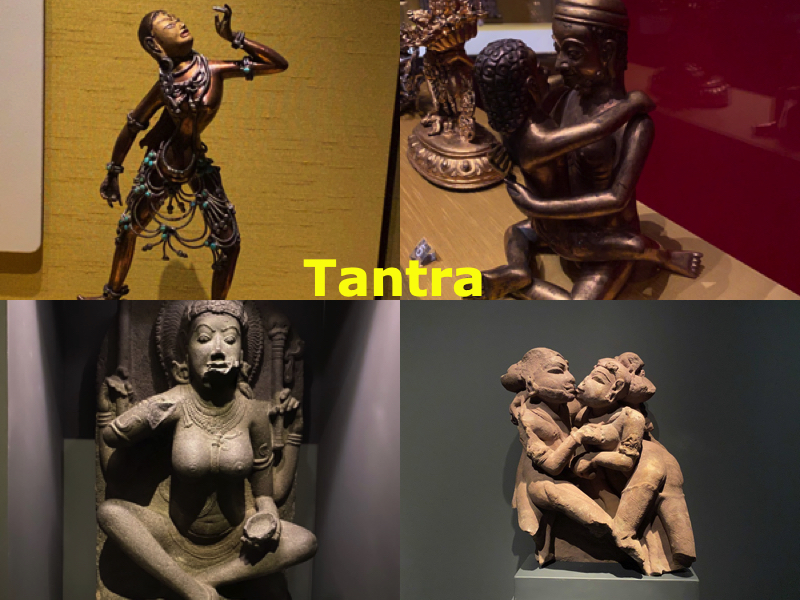 Yogis used complex postures and muscular contractions to direct the flow of breath. Techniques included visualising the goddess Kundalini, an individual’s source of Shakti, as a serpent at the base of the spine. Around her is a network of energy centres known as chakras, each of which contains a deity. Together, they make up the ‘yogic body’. Through breath control, Kundalini rises like a current, infusing the chakras with power. Awakening Kundalini became the practitioner’s ultimate goal. This is what is being visualised in the painting below, a loan from the British Library. This is very much about transformation in the world, via the body, rather than transcendence of it.

Tantra in the UK and the US

In the UK and the US in the 1960s and 1970s, Tantra had an impact on the period’s radical politics, where it was interpreted as a movement that could inspire anti-capitalist, ecological and free love ideals. Tantra was reimagined as a ‘cult of ecstasy’ that could challenge stifled attitudes to sexuality. Here a pair of London-based designers draw on Tantric images of deities in union to communicate this idea. 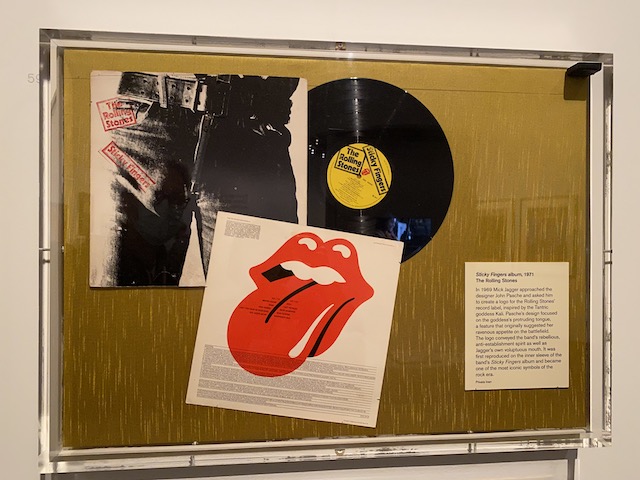 Did you know that Tantric Goddess Kali inspired the luscious tongue that has become the symbol of the Rolling Stones?

This entry was posted on Monday, October 12th, 2020 at 10:27 am and is filed under Great Indoors. You can follow any responses to this entry through the RSS 2.0 feed. You can skip to the end and leave a response. Pinging is currently not allowed.