If you’re looking for Easter activities for teenagers, the BAFTA Young Game Designers competition might be the right activity to engage restless creative teenagers. The competition recently launched and is open for entries until Monday 26 May 2014. It’s open to 11-16 year olds, and asks them to design their own video game, with the winners getting it made for real. With the current focus on getting kids coding, this is a great way to get young people engaged with the skills involved. 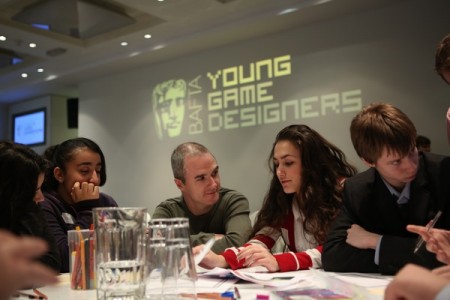 There are two categories for the competitions: The Game Concept Award – for which teeangers need to reate a concept for a new video game; and the Game Making Award, to submit a game created using freely available software.

Young people can enter one or both categories, as an individual, as a pair, or as a team of three. Finalists in both categories will attend a special awards ceremony at BAFTA’s headquarters, 195 Piccadilly in London, on Saturday 12 July 2014, and the winners will receive:

The competition is supported by a year-round programme of activity, including: a dedicated website where BAFTA members, award winners and nominees share their insights and advice through interviews and exclusive video content; a web series, fronted by internet celebrities The Yogscast, that gives a light-hearted look behind the scenes of the games industry; an online ‘feedback hub’ where young people can submit ideas or questions about their entry, with the chance of gaining a personalised response from a games expert; and live workshops around the country.

This entry was posted on Sunday, April 6th, 2014 at 1:00 pm and is filed under Activities. You can follow any responses to this entry through the RSS 2.0 feed. Both comments and pings are currently closed.