Christmas show online: The Wonderful Wizard of Oz by the Creation Theatre

2020 has been a devastating year for the arts and theatre productions. But talent is out there and lots of small local theatrical groups have made an effort to still create amazing shows in extraordinary and challenging spaces. I want to shout out to the Creation Theatre who seem to be leaders in innovative digital theatre. They have put together their own futuristic version of The Wonderful Wizard of Oz for young audiences. Let’s see the positive in online plays: you can snuggle in your favourite blanket and relax, drinking a glass of your favourite drink while watching these productions and support the arts hoping to see a big comeback in 2021. 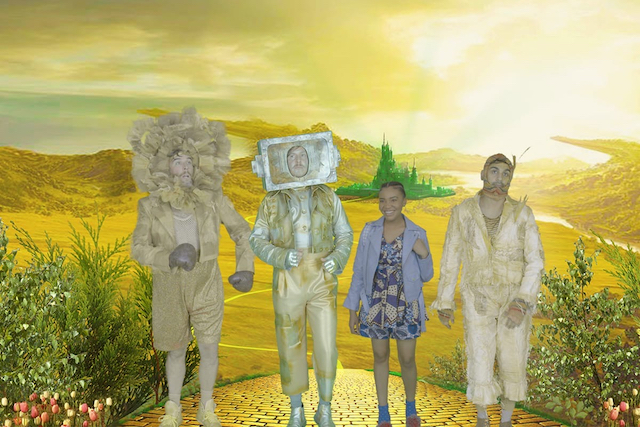 Just like Dorothy, we might have been whisked away to a new reality we barely recognise, but that doesn’t mean we can’t be together at Christmas. With this panto musical the lovely cast at the Creation Theatre take you on a (virtual!) journey along the yellow brick road to the Emerald City.  Dorothy, Tin Man, Scarecrow & Lion are ready for this fun-filled adventure. While watching it on Zoom, I could see all the families on their couches and it was quite sweet to feel part of this. Especially so, when they asked to put their pets in front of the screen. In that moment, I was dog-sitting my friend’s poodle Rio and put him in front of the screen. This interactive element of the show is really what makes the difference. It felt a special moment. 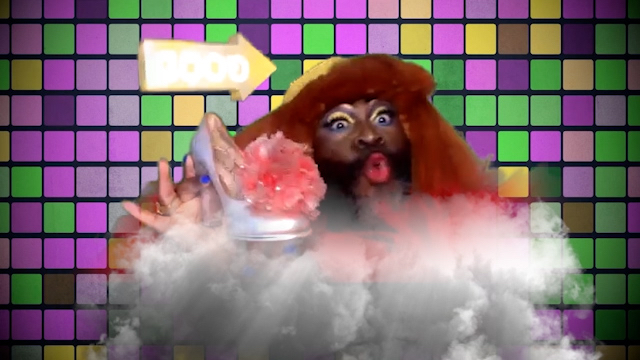 What I also loved about this particular production was the London-accent of some of the cast. Funny in a way!

This brand new a surreal and anarchic adaptation of L. Frank Baum’s The Wonderful Wizard of Oz has all the storytelling, songs, magic and togetherness that make a Creation Christmas show a tradition worth clinging on to.

For the first time families in London can join the same audience on Christmas Eve as your auntie in Australia or the cousins in Canada. This show really filled my home with festive cheer and it certainly reached out to more people than ever. This online performance won’t exclude anyone who’s shielding, or ask you to take any risks to enjoy some festive fun. 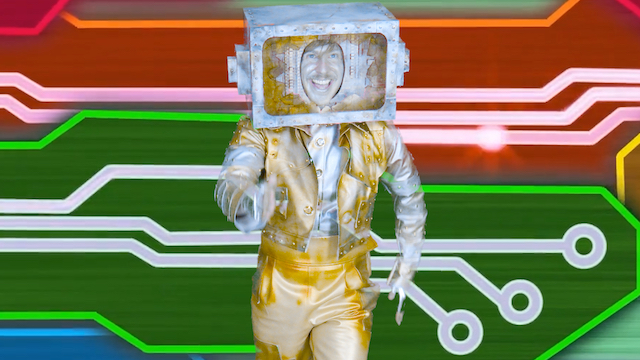 Featuring the usual Creation Christmas team, live matinee and evening performances take place online from now until 3 January. Tickets are £30 per device, and if you book the same show as someone you know you’ll be able to spot them in the audience (Christmas hats optional!).

This is an annual fixture usually staged at the North Wall Arts Centre, but obviously this year Creation Theatre could only reunite the team behind many of its Christmas hits including The Snow Queen, Peter Pan and A Christmas Carol online.

Director and adaptor Gari Jones and costume and set designer Ryan Dawson Laight have recreated a magical tale and a visual feast with an eight-strong cast including a very special surprise cameo appearance from one of the most dazzling and iconic performers of the stage including Le Gateau Chocolat, as the Good Witch. 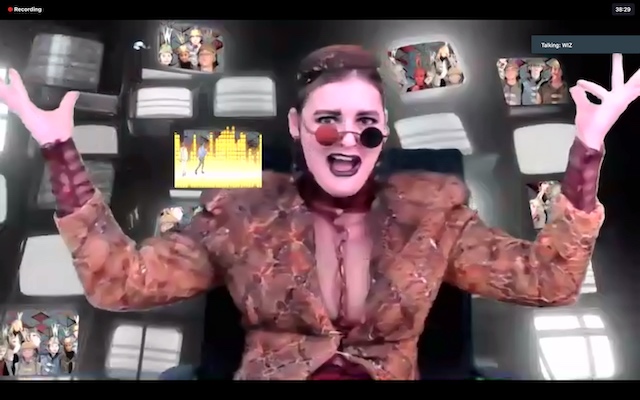 When lockdown was introduced in March this year, site-responsive and immersive theatre specialists Creation Theatre quickly moved its thinking to how live theatre could operate online. The Tempest Live, Interactive and In Your Living Room, was one of the first productions made for the digital stage utilising Zoom at the beginning of April 2020. The 20 live performances were watched by audiences in over 15 countries as well as being used as a case study in University of Exeter’s publication; Digital Theatre Transformation: A Case Study and Digital Toolkit to support other theatre-makers in transitioning their work online. The team went on to support freelance theatre-makers and artists through a number of projects (Up, Up, Up and Away!, The Merry Wives of WhatsApp, HORATIO! And Hamlet and Macbeth). Summer brought the successful creative team behind the critically acclaimed and global hit production The Tempest back for an immersive and interactive adaptation of Lewis Carroll’s Alice; gaining international recommendations from CNN, NBC, The New York Times and Time Out New York.

This entry was posted on Tuesday, December 22nd, 2020 at 4:30 pm and is filed under Activities. You can follow any responses to this entry through the RSS 2.0 feed. You can skip to the end and leave a response. Pinging is currently not allowed.