Piccadilly Lights brings colour to life for countdown to switch-on

Piccadilly Lights begins today with the launch of the #PiccadillyOn campaign, in aid of children’s charity Barnardo’s. Piccadilly is at the heart of our beautiful Capital and I personally cannot wait to see it back with the shiny billboards. The countdown has begun for the world-famous Piccadilly Lights to be switched back on, after over nine months in darkness for major renovation work. To mark the moment, Landsec, the UK’s largest listed commercial property company and owner of the Lights, is launching the #PiccadillyOn campaign, bringing colour to life in aid of Barnardo’s. 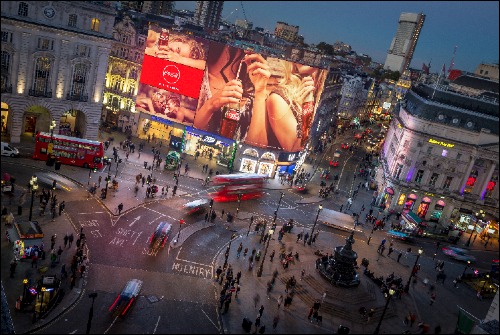 The #PiccadillyOn campaign, which launches today, invites people around the world to be part of this remarkable moment in London’s history. For a minimum donation of £2.00, people can sponsor a unique colour chip which will form part of a 3D countdown clock on the screen, before forming part of a choreographed reveal moment in October. 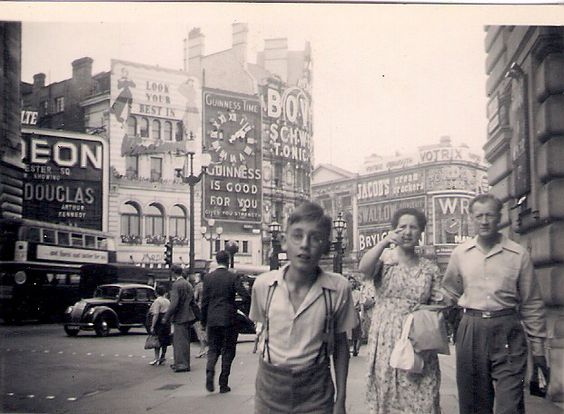 At the moment of relaunch, the screens will be powered up with a spectacular display of the sponsored colours, each of which will be shown on screen and live streamed on Facebook for fans across the globe to watch.

Anyone can own a unique piece of London’s digital history by visiting www.PiccadillyOn.London, where they can choose their colour to support Barnardo’s and be part of this historic moment. Supporters will receive their unique digital colour chip to post on their social media channels. 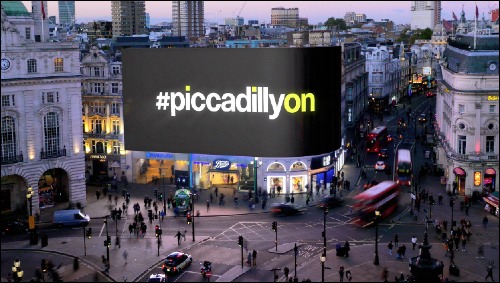 All money raised will go to Barnardo’s, the UK’s largest children’s charity and Landsec’s national charity partner for 2017. Coca-Cola, which has long been part of Piccadilly Lights’ history, has kicked off the fundraising with a donation to sponsor their red colour chip.

It’s a worthy cause! Barnardo’s has helped transform the lives of millions of disadvantaged children in the UK, and continues to help families to build a better future. In 2016/17 more than 272,000 children, young people, parents and carers were supported by Barnardo’s through more than 1,000 services across the UK, such as young carers, care leavers, foster carers and adoptive parents, training and skills or parenting classes, as well as young victims of child sexual exploitation and those needing support with emotional health and wellbeing problems.

The Piccadilly Lights site has been under renovation since January. The original patchwork of screens is being replaced with a single state-of-the-art 4K LED digital screen and live technology hub. This will be the largest screen of its kind in Europe and will be able to divide into six full and subtle motion segments. Advertisers will be able to stream live videos, lifestyle updates, such as weather and sports results, and real time social media feeds.

To get involved and be a part of the iconic switch-on moment, people can choose their colour and donate at www.PiccadillyOn.London  and share their support on social media using #PiccadillyOn.

This entry was posted on Friday, September 15th, 2017 at 11:50 am and is filed under Central London. You can follow any responses to this entry through the RSS 2.0 feed. Both comments and pings are currently closed.