For the first time ever in the UK, best-selling children’s superstar authors, David Walliams and Jeff Kinney will be sharing a stage on 1st December for a LIVE Christmas spectacular event at Indigo at the O2 in London. 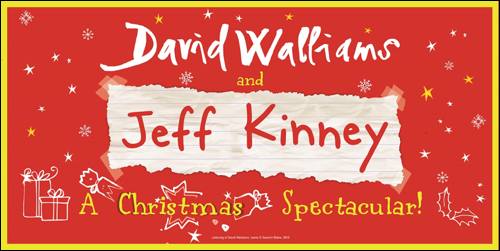 Personally my 10 year old son Diego and I cannot wait to get the Kids’ Club down to the O2 to see this event. Diego and Amelie have both read all books by David Walliams and Jeff Kinney and are very excited at the opportunity to meet their favourite authors as well as ask them their burning questions. 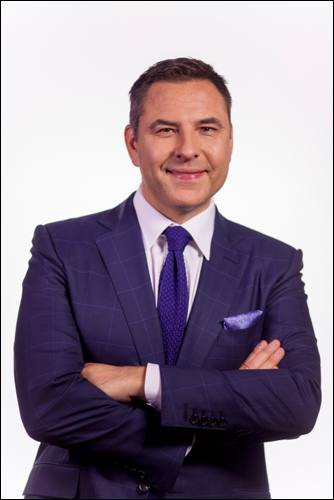 It will be a great event to kick off the Christmas festivities.

The evening, organised by both authors’ publishers HarperCollins Children’s Books and Penguin Live,  is expected to be filled with laugher, fun and festive treats, plus a chance for the audience to ask David and Jeff questions. This event is a must for all book worms and comedy fans!

The authors will also present their brand new books The Midnight Gang and Diary of a Wimpy Kid: Double Down. 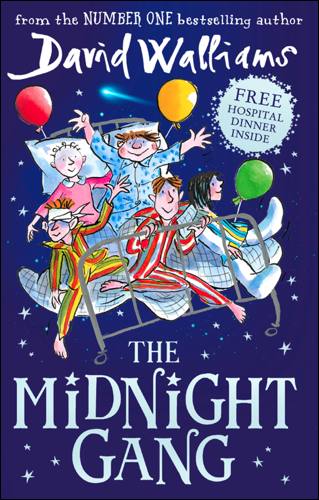 Due to time restraints there won’t be a book signing after the show but a limited number of pre-signed books will be available to purchase from the bookstall on the day.

These authors do not really need an introduction …

David Walliams is the fastest growing children’s author in the UK. He has celebrated exceptional success and growth that has fuelled the children’s book market. His global sales total over 14 million copies and his work has been translated into over 50 languages. His most recent novel illustrated by Tony Ross, The Midnight Gang went straight to number one after just three days of sales.

His previous fiction novel, Grandpa’s Great Escape was the biggest-selling children’s book of 2015.

Jeff Kinney is a #1 New York Times bestselling author and has won six Nickelodeon Kids Choice Awards and two Children’s Choice Book Awards. The Diary of a Wimpy Kid series has been a permanent fixture high up in the UK Nielsen Bookscan Charts as well as the USA Today, New York Times, Wall Street Journal and Publishers Weekly bestseller lists. Wimpy Kid has been sold in more than 61 editions in 52 languages and appears on bestseller lists around the world. There are now more than 180 million books in the series in print around the globe.

Diary of a Wimpy Kid: Double Down, written and illustrated by Jeff Kinney is out now.

Kinney’s work has been widely praised for its ability to turn reluctant readers on to books. The Diary of a Wimpy Kid series has been a permanent fixture high up in the UK Nielsen Bookscan Charts as well as The New York Times bestseller list. The books have been sold in more than 61 editions in 51 languages, and now has 180 million copies in print worldwide. Three movies based on the book series have grossed more than $250 million internationally. Jeff Kinney has won five Nickelodeon Kids Choice Awards and two Children’s Choice Book Awards. Books in the series have won numerous awards that were voted on by students and teachers around the globe.

Fans can interact with the brand at www.wimpykidclub.co.uk on Facebook at WimpyKidBooksUK and on the YouTube.com/WimpyKid channel which has over 4.6million views and over 27,000 subscribers.

This entry was posted on Thursday, November 24th, 2016 at 3:09 pm and is filed under Activities. You can follow any responses to this entry through the RSS 2.0 feed. Both comments and pings are currently closed.