Why take kids to the Postal Museum London?

My 11 year old son Diego and I were recently guests of the Postal Museum and the Mail Rail in Central London. Contrary to our original plans to just spend a couple of hours, we ended up staying there almost all day. It’s a new indoor ‘attraction’ in London which served us well during the wet Easter break. We loved it so much that we are already planning to go back. 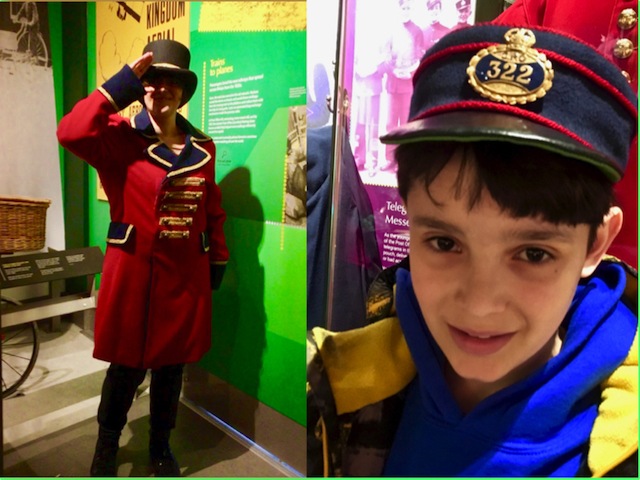 The Postal Museum opened its doors to the public last July followed by the Mail Rail shortly afterwards. A disused Clerkenwell printing factory was converted into the new museum site, and the disused ‘Mail Rail’ tunnels have been brought back to life as a ride for the first time in their 100 year history. There was a considerable investment put into it, but it was all worth it because it is now both a very educational and fun attraction. 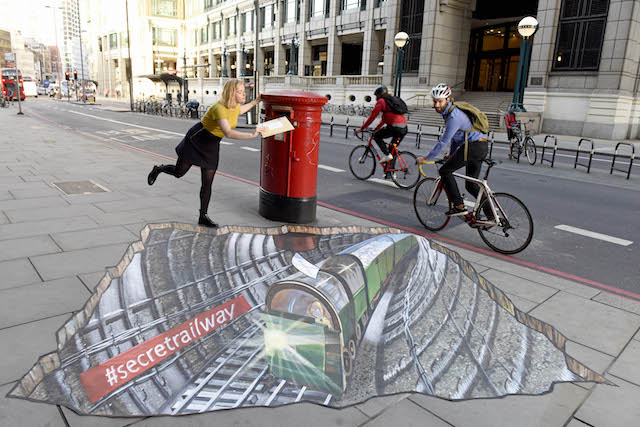 When it was launched in July 2017 illustrations of holes exposing the 100 year old postal railway tunnels that run beneath London streets were created all over the capital.

Watch our video here taken during our ride and inside the Museum to get an idea of what it is all about. Experiencing the ride first hand and exploring the artefacts is truly unique so this video does not give justice to the fun we had!

The Postal Museum offers people the chance to gain an insight into some of the quirky social history behind an incredible British invention – the post, whilst Mail Rail affords people a once in a lifetime opportunity to explore a slice of subterranean London, previously hidden from public view.  Kids will fall in love with this unique attraction as much as Diego did who was always busy with some activity as you can see from the video and from these images. 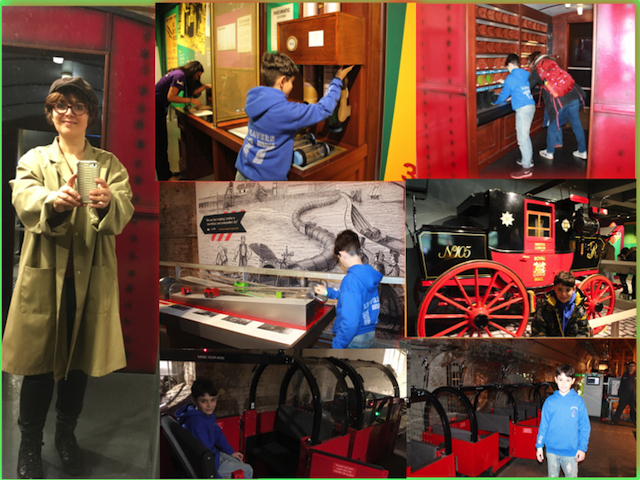 We also know how much kids love Postman Pat! I kept myself busy too trying outfits of postal workers of the past, making my own stamp and taking lots of pictures of beautiful objects and stamps. 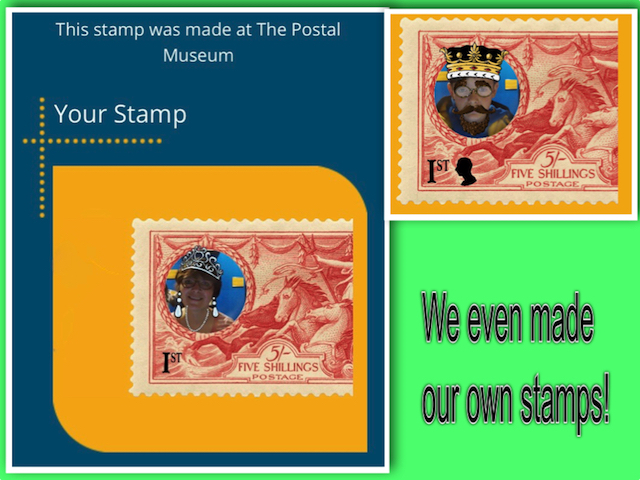 The museum has a specially designed family play area for the under eights called Sorted! This section allows kids to enter a miniature world of mail where they can play with trolleys, slides, pulleys and chutes, pretend to drive a wooden vintage post van, or play postman in a mini neighbourhood of streets and houses. 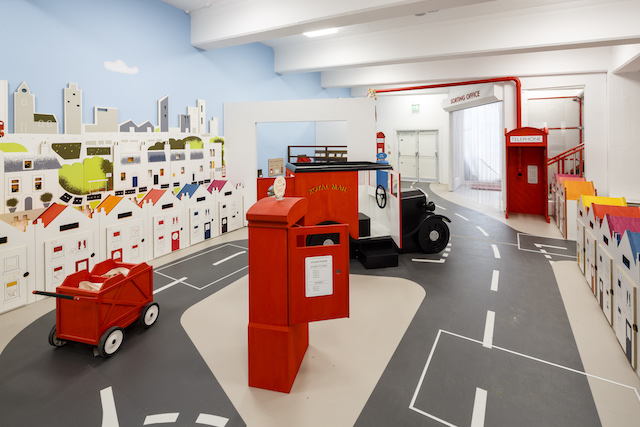 For younger infants there’s a separate play area along with baby-changing facilities, designated toilets, nearby buggy parking, lockers and a refreshment area for parents.

The outdoor garden cafeteria is lovely too and I can see how busy it can be during the Summer especially on a sunny day. 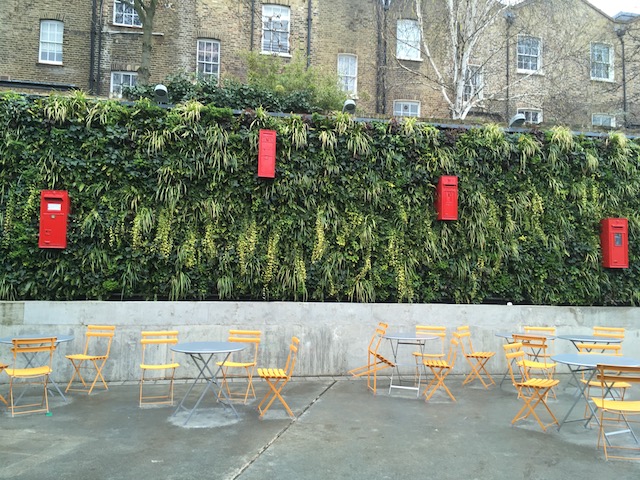 Each zone of the museum contains interactive exhibits designed to bring the story behind the post to life, from a growling lioness telling the story of the time an escaped circus lioness attacked a Mail Coach, to an interactive game where visitors take on the role of a Mail Coach guard, to a cinema showing ground-breaking films by the General Post Office’s own film unit, set up in the 1930s to promote the organisation’s work.

Visitors will also be able to decipher Morse code at a 1930s writing bureau, and write a message and watch it disappear through a system of pneumatic tubes, to be received by a stranger at the other side of the museum. 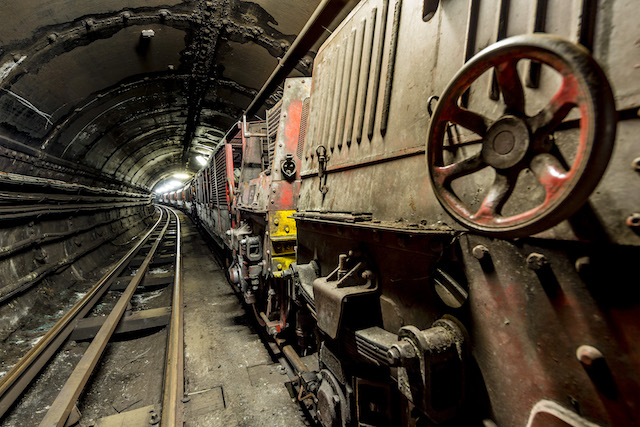 Clever technology and projection mapping will transport people back in time to help them understand the impact of the railway on our ability to communicate with friends, family and business partners across the world today. 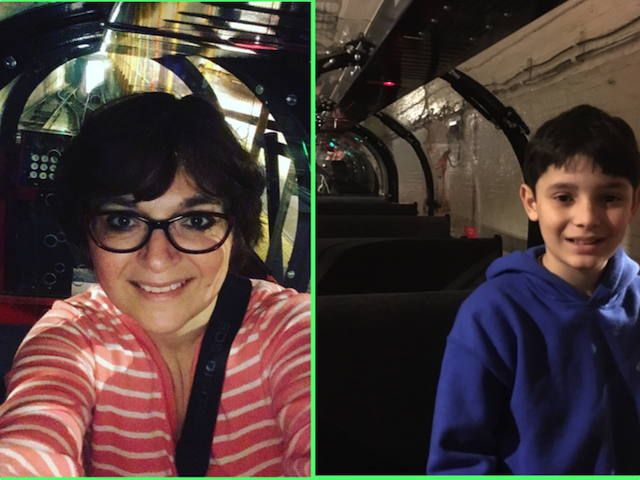 Powerful events from our history, including the Blitz will also be revealed, and a theatrical experience will peel back the layers of time to bring the station back to its lively 1930s heyday.

Tickets for The Postal Museum and Mail Rail can be purchased in advance through the organisation’s website postalmuseum.org.

This entry was posted on Thursday, May 17th, 2018 at 5:56 pm and is filed under Attractions. You can follow any responses to this entry through the RSS 2.0 feed. Both comments and pings are currently closed.