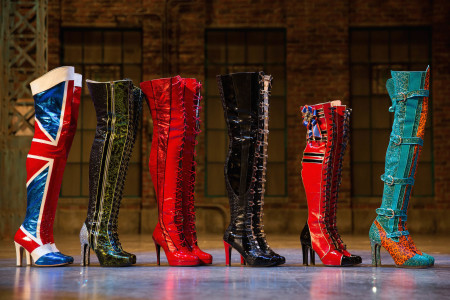 Sometimes going to see a musical without expectations is better. I truly enjoyed KINKY BOOTS because it had all the ingredients for a successful musical: lively and original live music, great acting and singing, good storytelling and a fabulous cast.

We can actually say that this big-spirited musical comes back home to Britain, where this inspirational story is set. The show is filled with joy and the London audience felt it throughout and participated with lots of clapping and laughing out loud.

Inspired by a true story and based on the Miramax film written by Geoff Deane and Tim Firth, Kinky Boots tells the story of Charlie Price who has reluctantly inherited his father’s Northampton shoe factory. Trying to live up to his father’s legacy and save the family business from bankruptcy, Charlie finds inspiration in the form of Lola. A fabulous drag queen entertainer in need of some sturdy stilettos, Lola turns out to be the one person who can help Charlie become the man he’s meant to be. As they work to turn the factory around, this unlikely pair finds that they have more in common than they ever dreamed possible… and discovers that when you change your mind, you can change the world. 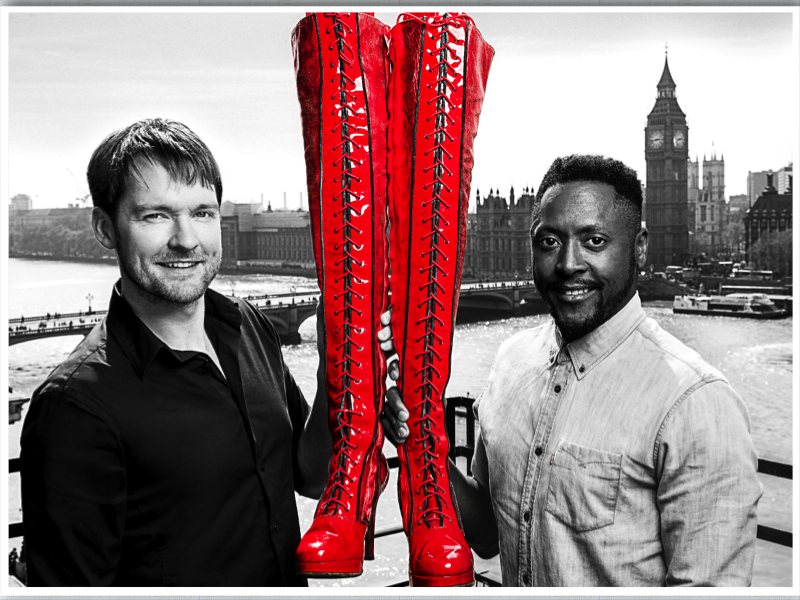 Grammy, Emmy and Tony Award-winning Composer and Lyricist Cyndi Lauper is no stranger to how people want to have fun.  After 30 sterling years and global record sales in excess of 50 million albums, she has proven that she has the heart and soul to keep her legion of fans compelled by her every creative move. With her first album, She’s So Unusual, Lauper won a Grammy Award for Best New Artist and became the first female in history to have four top-five singles from a debut album. Overall, during her storied music career, Lauper has been nominated for 15 Grammy Awards, two American Music Awards, seven American Video Awards and 18 MTV Awards. She recently captured her journey through music and life in her New York Times best-selling autobiography, Cyndi Lauper: A Memoir.

Asked about the show opening in London, Cyndi Lauper said: “It has been a wonderful adventure and a privilege for me, to play a part in creating Kinky Boots. Everyone can relate to this universal story, and I am convinced that people in the UK are going to fall in love with it – and the music will hopefully get them tapping their toes!” 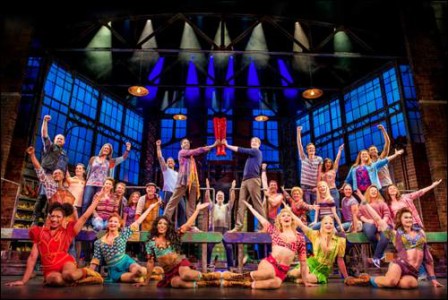 Killian Donnelly and Matt Henry portray the central characters Charlie and Lola at the heart of the story, and joining them are Amy Lennox (Lauren), Jamie Baughan (Don), Amy Ross (Nicola) and Michael Hobbs (George). 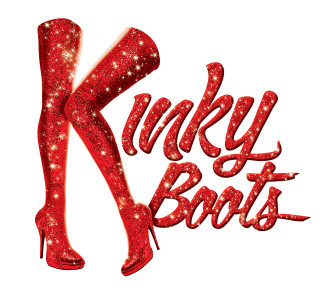 Tags:  theatre west end show
This entry was posted on Wednesday, September 30th, 2015 at 11:00 am and is filed under Attractions. You can follow any responses to this entry through the RSS 2.0 feed. Both comments and pings are currently closed.