Goodnight Mr Tom is an enchanting play written by David Wood based on a novel from 1981 by Michelle Magorian. School children might be familiar with this story as a TV film was made in 1998 starring John Thaw that has often been shown in schools when teachers cover Second World War. London Mums highly recommend taking the children to see it while it runs at the beautiful Duke of Yorks Theatre until 20 February 2016. 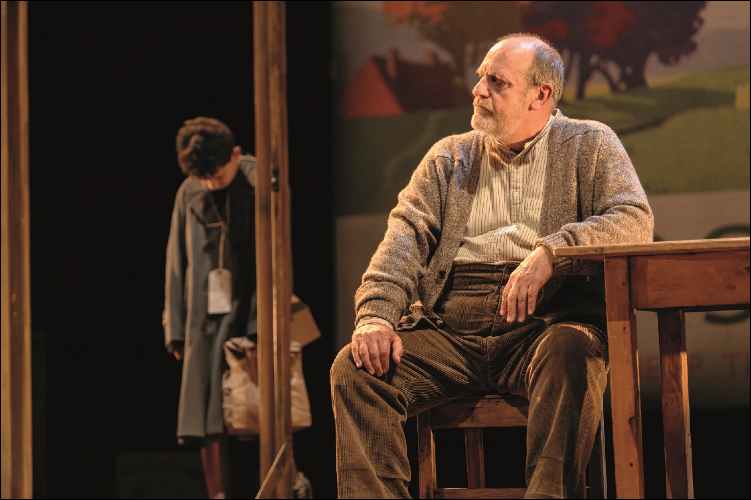 Set at the outbreak of WWII, the play follows the whereabouts of a 9 year old evacuee called William Beech – in the show we saw he was played by super talented child actor Joe Reynolds. During WW2 children, pregnant women and disabled, were taken out of the big cities for their own safety and placed with temporary parents or carers.

William is sent to Dorset in care of lonely widower Tom Oakley, who had no children. William’s mum was abusive because she was probably depressed and incapable of taking care of her son after being abandoned by her partner.  For Will the new home is a sort of escape where he fully recovers from malnutrition, psychlogical problems and even learns how to read and write. In Dorset he makes friends with Zach, played by joyful and hilarious Sonny Kirby. 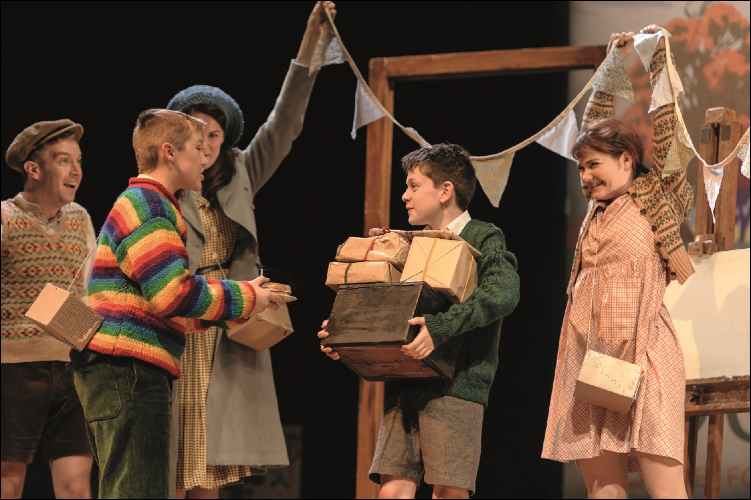 Zach introduces Will to drama classes and performances where he even becomes a confident lead character Peter Pan.

Wartime doesn’t spare anyone and Will’s sick mother (although still a tyrannical bigot) asks for him to be sent back home in London. When he gets there, Will finds out that he has a newly born baby sister but he soon becomes the only carer for the baby while his mother continues with the physical abuse. 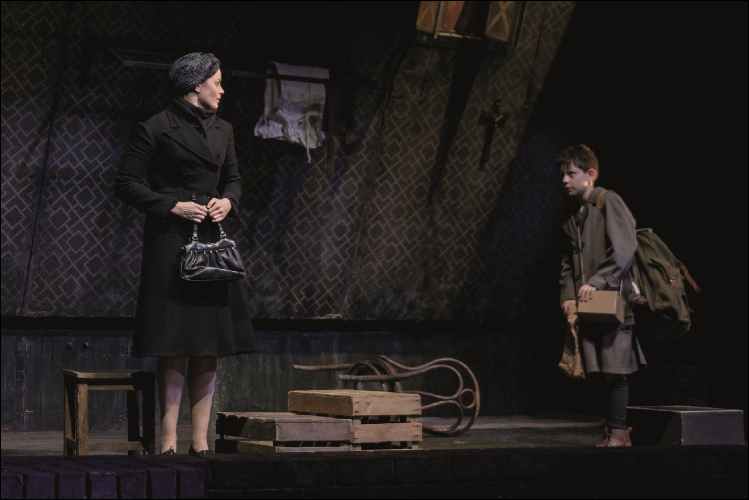 In the meantime Tom is worried about William’s silence for over a month and decides to go to London to look for him. He manages to find him hidden in a closed cupboard distressed carrying his dead baby sister in his arms. Against all odds, Tom brings Will back to Dorset and eventually adopts him after his mother commits suicide. 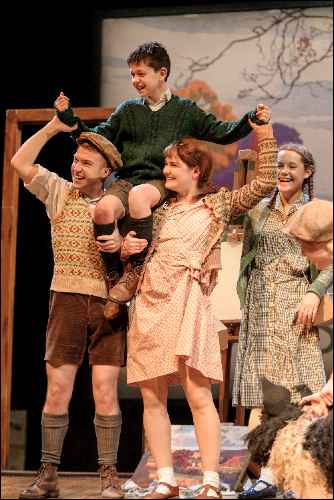 Supporting cast members include puppeteers who give an excellent performance bringing us Tom’s dog Sammy, squirrels and birds to life in a very ingenious way. 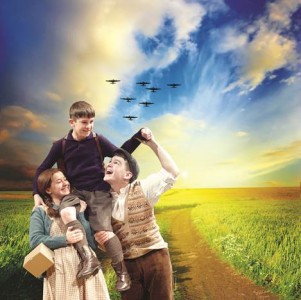 Goodnight Mr Tom  portraits the effect of Britain’s wartime efforts on children in a very heart-warming way. Parents should take their kids to see it as it is very well acted and inspirational.

What my son and I particularly loved was the puppeteering of Tom’s dog Sammy. 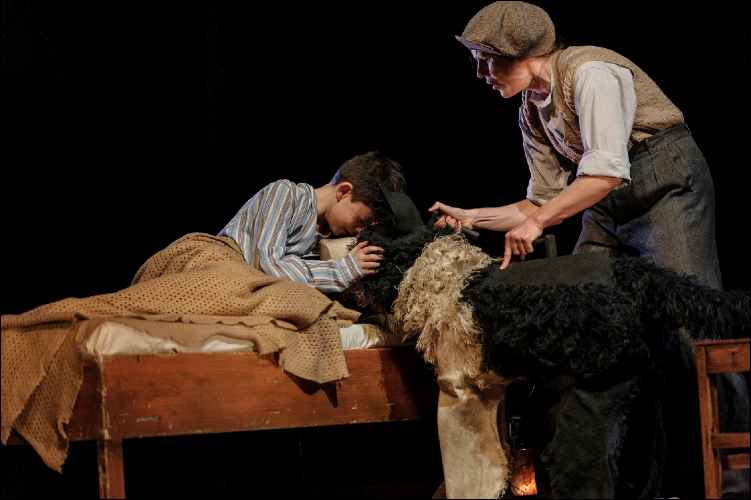 The puppeteer was on stage with the dog but after the first minute her presence on stage was not felt as the dog captures all our attention. 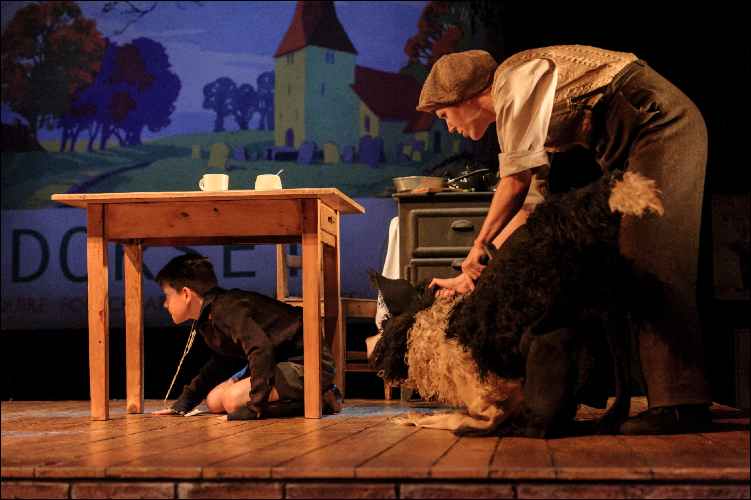 We could not watch anything but the dog while he breathed, barked and wagged his tail, jumped around as if he was real. I have never experienced such a magical performance from a dog puppet before. 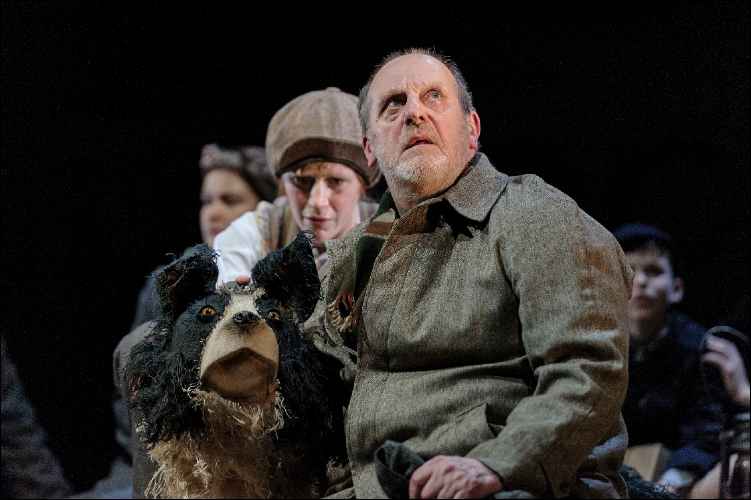 I am not suggesting to go an see the play just to see the best puppeteering in the world in action, but I am just saying that without Sammy the play would not be as magical as it is.

This entry was posted on Monday, December 21st, 2015 at 1:33 pm and is filed under Attractions. You can follow any responses to this entry through the RSS 2.0 feed. Both comments and pings are currently closed.