West End Show Review: Beyond Bollywood – in London for 8 weeks only

The UK premiere of Beyond Bollywood was filled with all the ingredients to enjoy a night out in the West End in London. There was lots of  colour, a vibrant atmosphere and beautiful dancers. How far would you go to bring a dream to life? Crossing oceans, risking all and sacrificing true love, Beyond Bollywood is not just a new musical; it is a monsoon of explosive mix of energetic music and colour that brings the fire of Indian folk dance direct to the heart of London. 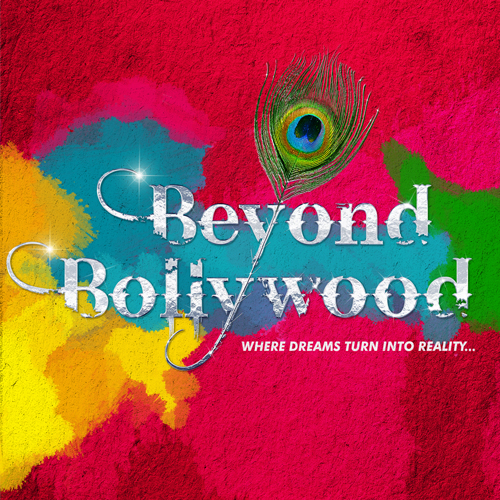 With strong emphasis on Indian Classical folk dance, Beyond Bollywood is a true exploration of Indian culture and tradition. Showcasing the diverse dance styles that span the continent and still hold great value and importance in India, the traditional folk dancers Bihu, Garba, Kathak, Lezim, Bhangra and Kalbelia all feature in this epic production, performed by award-winning classical Indian and Bollywood dancers.
The score reflects India’s rich and evocative musical history and features live musicians performing traditional tracks using Indian instruments such as the dhol, pakhawaj, tabla, and sitar alongside recorded tracks.

Written, Choreographed and directed my Rajeev Goswami, with lyrics by Irfan Siddiqui and featuring an original score by Salim Sulaiman, the very best of Bollywood’s creative talent bring this spectacular theatrical event to life for 8 weeks only.

Rajeev Goswami started his journey as a famed Bollywood choreographer working with the biggest names in the business and has also enjoyed a highly successful career as a pop artist in India. More recently, he has turned his considerable talents to direction, channelling his 15 years’ experience in the Indian film and music industry into the founding of RG Studios alongside renowned Bollywood lyricist Irfan Siddiqui, noted for his work for feature films and commercials and his words capture and convey heart-warming sentiment alongside hard hitting messages. His Bollywood smash feature-film hits include Fashion, Kurbaan, Iqbal, Heroine and his international work includes High School Musical 1 & 2 (Hindi), Camp Rock.
Salim and Sulaiman have been composing music for over a decade, having scored for movies such as Heroine, Chak De! India, Rab Ne Bana Di Jodi and Fashion. They have also worked on a Bollywood remix for Lady Gaga’s Born This Way.

Beyond Bollywood takes audiences on a truly authentic cultural tour of India capturing the fire, heat and desire of Indian dance. It explores the various typical Indian instruments and dance styles with a modern spin. The first part of the show is a bit slow and the dialogues not excellent, but the music is very entertaining throughout the show.

The second part of the musical is explosive: the costumes are shinier, have more golden and colourful features, more Peacock feathers and sparkles. The choreography is authentic and can be only described as a unique theatrical experience that has never been seen before outside a Bollywood movie.

My favourite moment was the performance of the song

I wasn’t much of a fan of Bollywood before seeing this show, but I am now determined to learn everything about Indian dances.

A colourful dance extravaganza, Beyond Bollywood takes audiences on a truly authentic cultural tour of India.

You can buy discounted tickets to see Beyond Bollywood from http://londonmumsmagazine.entstix.com/tickets/beyond-bollywood

A GUIDE TO DANCE STYLES

Bhangra refers to several types of dance originating from the Punjab region of India. The earliest of these was a folk dance conducted by Punjabis in the central northern areas of the region to celebrate the harvest, and whose general practice had ended by the Partition, 1947. In the 1950s, a new folk dance, representative of the state of Punjab and composed of glimpses of men’s Punjabi dance styles, was created and eventually received the title of bhangra. First developed in the Indian region of the Punjab, the dance attained a standardised form by the 1980s and folkloric bhangra has subsequently been widely exported to other countries by Punjabi emigrants.
Bihu is the popular folk dance of Assam and is an integral part of the Bihu festival of the area. The Bihu festival is celebrated in mid-April, during the harvesting time and lasts for about a month. Young men and girls perform the Bihu dance together to the accompaniment of drums and pipes. Love is the central subject matter of the songs that are sung during performance and the dances are performed in circles or parallel rows.
Garba hails from the Gujarat region of India. The name is derived from the Sanskrit term Garba (womb) and Deep (a small earthenware lamp). Many traditional garbas are performed around a centrally lit lamp or a picture or statue of the Goddess Shakti. The circular and spiral figures of Garba have similarities to other spiritual dances, such as those of Sufi culture. Traditionally, it is performed during the nine-day Hindu Festival Navartr.

Kathak (originates from in Uttar Pradesh) is the major classical dance form of northern India and is one of the most important traditional dances of India. The word kathak means ‘to tell a story’ and is derived from the dance dramas of ancient India. The most characteristic element in kathak is the chukra, a brilliant, whipping turn executed on the spot. In this style the feet work closely together, often with one crossed in front of the other and stamping out unusually complex rhythms. Dancers uses a gliding walk similar to the pas de bourrée in ballet. There is considerable swaying of the body in kathak and the wearing of a full skirt emphasizes the speed and excitement of the dancer’s turns.

In Lezim a folk dance from Maharashtra, dancers carry a small musical instrument with jingling cymbals called the Lezim, after which the dance form is named. This dance is named after a wooden idiophone to which thin metal discs are fitted which produce a jingling sound and the dancers use this while moving. The dance is frequently used as a fitness drill by schools, militias and other institutions because it involves many callisthenic moves and can be quite strenuous. Lezim is as much a vigorous physical exercise and drill as a dance; the formations are in twos, fours and circular patterns.
Kalbelia or Kabeliya is one of the most sensuous dance forms of Rajasthan, performed by the tribe of the same name. Famed for this dance which is an integral part of their culture, both men and women in the tribe participate in this activity to celebrate joyful occasions.

This entry was posted on Wednesday, May 13th, 2015 at 2:44 pm and is filed under Attractions. You can follow any responses to this entry through the RSS 2.0 feed. Both comments and pings are currently closed.