Interactive theatre meets a dining experience. Based on the 1970s BBC hit Fawlty Towers, the Faulty Towers dining experience is an immersive dinner show mixed with live comedic entertainment over a three-course meal. The meal plus show combo is a winning mix no matter what is performed around you, I guess. While you dine, you are transported to Fawlty Towers, where a cast of familiar characters provides live entertainment, all based on what could go wrong at a not-quite-right B&B. 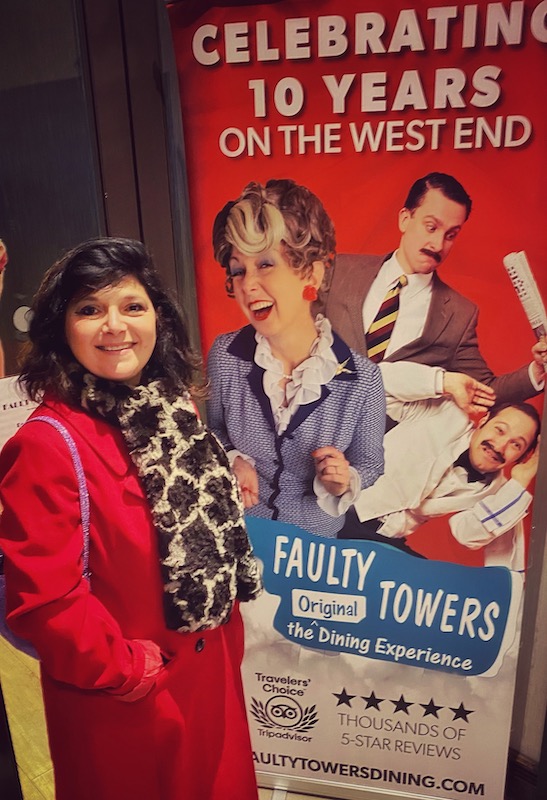 Before the pandemic started, I reviewed Mamma Mia! The Party at the O2! Yesterday at midday I headed to the West End with London Mums’ reporter Laura Castelli to see for ourselves what it would be having lunch with the Faulty Towers hosts. Well, well… one thing is sure: this was the most stressful yet most hilarious meal we have ever had. We did not stop laughing for the entire lunch at the antics of Mr Basil Faulty, his wife Sybil and the clumsy Spanish waiter Manuel. 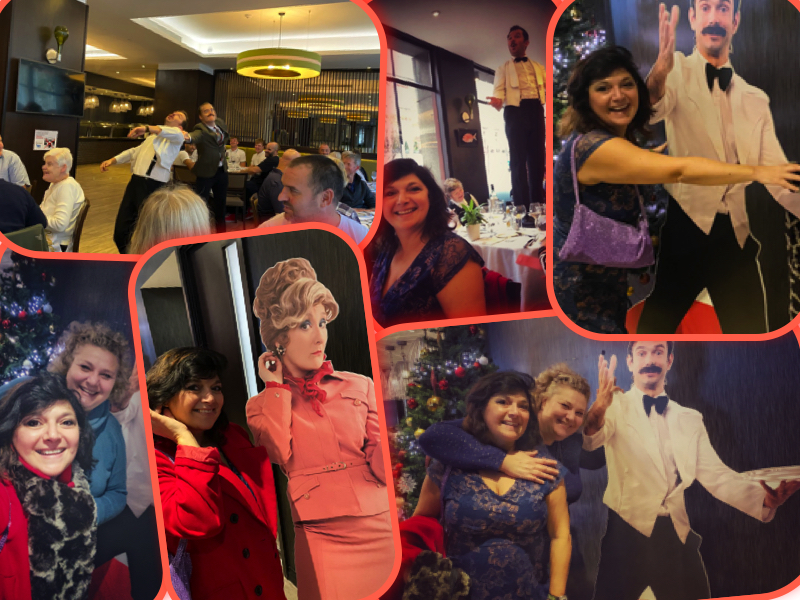 I’m warning you: Expect the unexpected!
Faulty Towers has politically incorrect humour from the 70s, which naturally, we love so much because it is almost extinct these days.  So refreshing. Laura and I caused some havoc as well. It was all part of the show mocking the guests. We loved being caught in the hilarious gags and fights between Basil, Sybil and Manuel.
When the audience become diners in the ‘Faulty Towers’ restaurant, pretty much anything can happen – because 70% of the show is improvised. The fun starts as guests wait to be seated. It then hurtles along in a 2-hour tour de force of gags and shambolic service as Basil, Sybil and Manuel serve a ‘70s-style 3-course meal together with a good dollop of mayhem.

Artistic Director Alison Pollard-Mansergh, Producer Jared Harford, and the whole team at Interactive Theatre International are behind the production of Faulty Towers The Dining Experience. This year they are celebrating its twenty-fifth anniversary. They have now extended its residency in London for another year, with tickets now on sale until December 2023. The show also has further expansion plans in the UK, with a new residency in another city to be announced.

The BBC’s classic TV series have been seen by over a million people worldwide since the very first show at the Ridges Hotel in Brisbane on 24 April 1997.

Devised by Alison Pollard-Mansergh, Andrew Foreman and others, the show has been touring the UK and internationally since 2008, having appeared in 41 countries to date, and employing 56 actors per season. The show has toured to over 1000 venues, with approximately 400 shows per year on average across the UK, and has just celebrated its tenth year in London, cementing its status as London’s longest running immersive experience.

What’s on the menu? 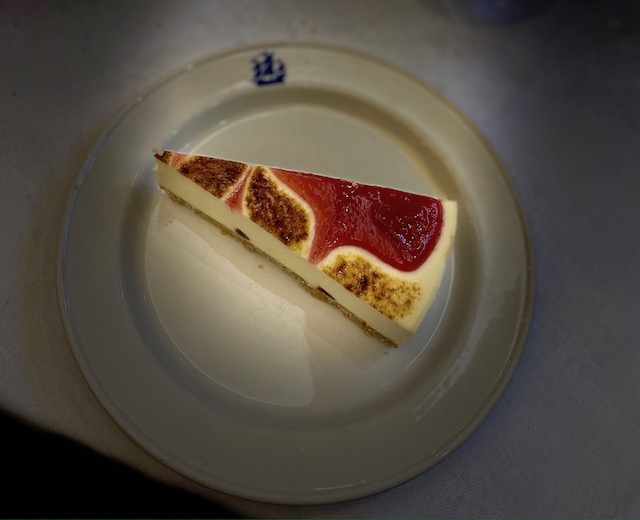 I am not a big dessert eater but the Vanilla and White Chocolate Cheesecake, served with Chocolate Sauce or Chocolate and Coconut Tart, with Forest Berries was fantastic. 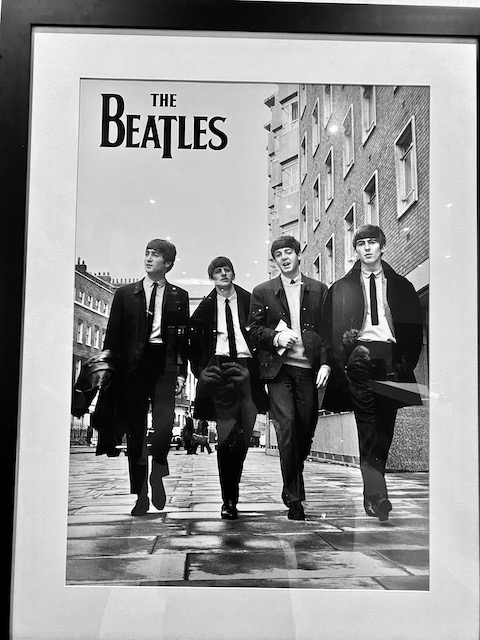 The President Hotel in Bloomsbury has been the permanent London West End residency of the Faulty Towers dining experience since 1997.
In the summer of 1963, the famous rock pop band The Beatles moved from Liverpool to London, and the President Hotel became their temporary home before they moved to Mayfair.  The hotel’s interior is inspired by The Beatles’ stay, look out for striking black and white photos of the band around the property.

The Beatles tour in London

This entry was posted on Sunday, November 27th, 2022 at 12:57 pm and is filed under Attractions. You can follow any responses to this entry through the RSS 2.0 feed. Both comments and pings are currently closed.