West End review: Elf the Musical at the Dominion Theatre

I am not usually a fan of corny plays but Elf the Musical at last night’s premiere at the Dominion Theatre was entertaining enough to put me in the festive spirit. After all, this year more than in the past, we all need cheering up and Elf is a heart-melting type of story. If you can afford it, take the family to the theatre. Elf the Musical runs until 7 January 2023. 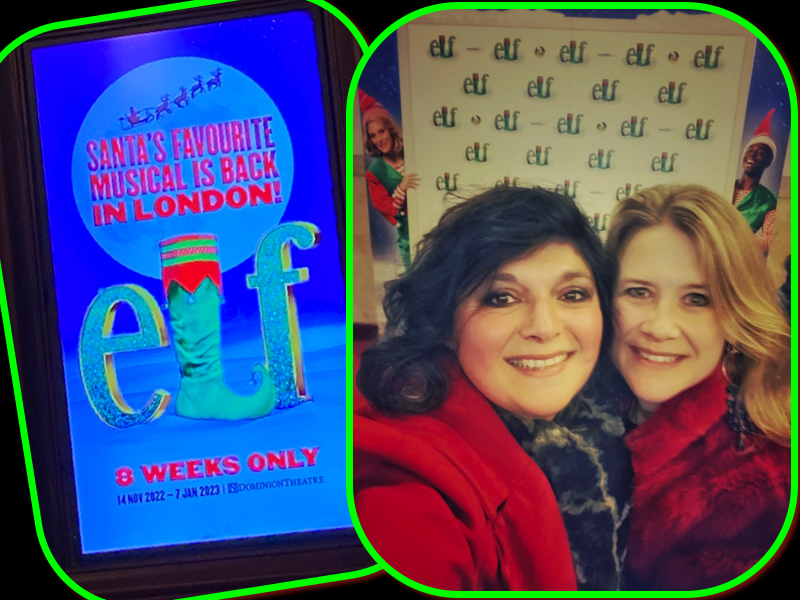 Elf is the funny and charming tale of Buddy, who mistakenly crawls into Santa’s bag of gifts as a baby and is transported back to the North Pole and raised as an elf! Unaware that he is actually human, Buddy’s enormous size and poor toy-making abilities finally cause him to face the truth and realise he’ll never belong in the North Pole. With Santa’s permission, Buddy embarks on a journey to New York to find his birth father, discover his true identity and help New York remember the true meaning of Christmas.

I never thought I’d enjoy it so much. My reporter and friend Joanna loved it so much and seeing her so happy put a smile on my face. It’s a shame that we did not bring our teenage kids along. My teenage son would have put a grim face for the sirupy style of songs and sentimental dialogues but there were hilarious gags along the way too, to lift our spirits.
Former Strictly champion and TV actor Tom Chambers’ sleek dancing moves reminded me of how good a dancer he is, with such light footwork. He’s got a lot of grey hair now but his lightness on the dance floor was so recognisable.
Simon Lipkin, who plays Buddy the Elf on stage, is funny in the role with incredible energy and goofy clumsiness. His ginger hair looks like Donald Trump’s wig, which made him look so out of place, in a good way.
The red carpet was filled with TV celebrities including comedian Katherine Ryan – who sported a brightly coloured sequinned gown while pregnant, former Love Island star Amy Hart also showing off her baby bump, singer Rachel Stevens wearing a black suit, Loose Women star Denise Welch in a green velvet suit, Eastenders’ actor Shane Richie, TV presenter Andrew Castle and radio queen Vanessa Feltz. 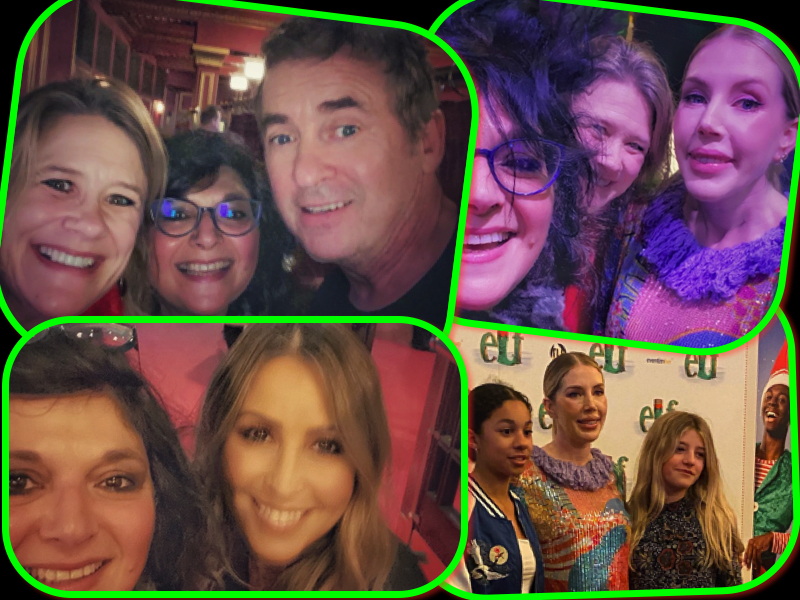 Critics haven’t been very kind to this festive musical. But London families will enjoy this show.
Elf the Musical is not to be compared to the 2003 Christmas movie Elf – starring Will Ferrell as Buddy and directed by Jon Favreau – on which it’s based. Simply because it has lots of festive songs and less dialogues. The movie is ironic and not cornish at all while the musical is as sweet as it possibly gets. At some point, even Buddy says of Santa: “If he were any sweeter we would end up diabetic”. The stage version has a shorter plot and include less of the well-known antics Buddy is famous for. The show made me want to refresh my memory and watch Elf again. I have bought it on DVD after the show.
During the initial dance numbers, North Pole elves are actors running around on their knees. They are so cute.

CGI animation is mixed with on stage action. The best special effect is Santa’s sleigh flying over the audiences at the end. Young kids were ecstatic.

Elf the Musical is at the Dominion Theatre located at 268-269 Tottenham Court Road – London W1T 7AQ.

Tickets are available from https://elflondon.com/

This entry was posted on Friday, November 25th, 2022 at 4:59 pm and is filed under Attractions. You can follow any responses to this entry through the RSS 2.0 feed. Both comments and pings are currently closed.