Last night I attended the premiere of the thrilling new West End show Back To The Future The Musical at the Adelphi Theatre. There was not a single dull moment and I was on the edge of my seat for the entire performance. This is the best musical I have ever seen. EVER! Perfect as a family show but also recommended to all fans of the classic movie franchise. 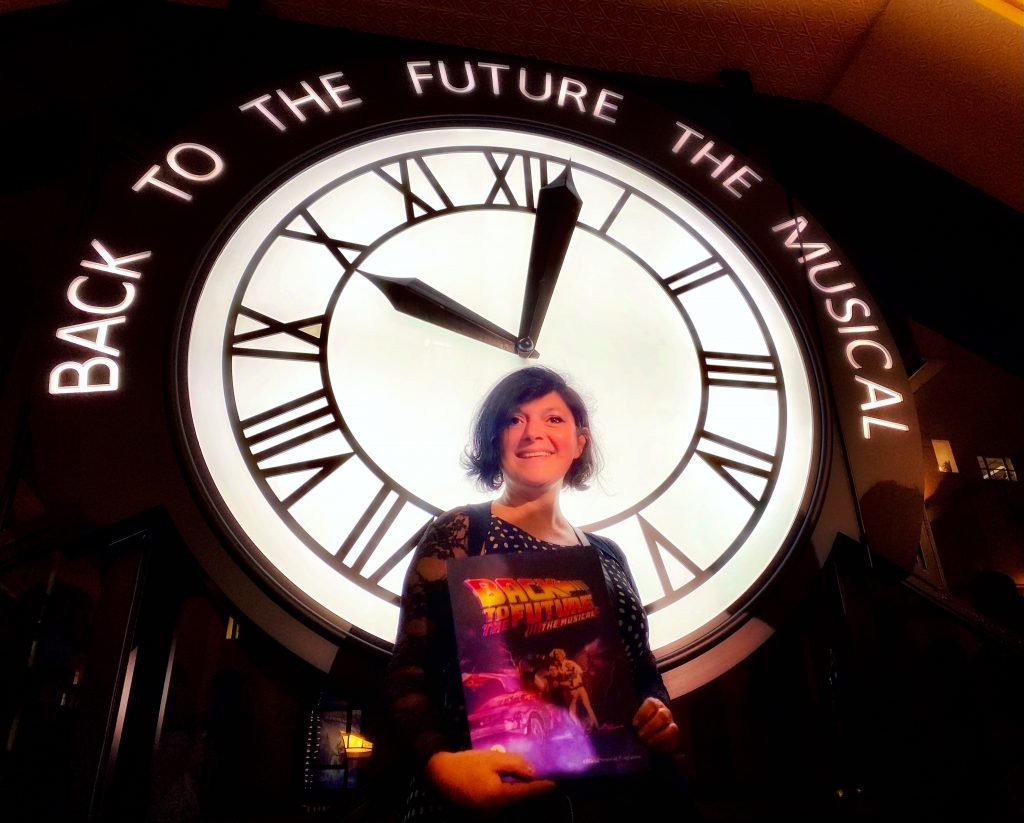 We all know the plot from Spielberg’s cult movie but let me refresh your memory. We are in Hill Valley, California. It’s 1985 – and typical teenager Marty McFly’s in big trouble. Not only is his family on the skids, his band’s just been rejected too. Enter eccentric scientist Doc Brown, Marty’s mad inventor friend who’s just created a Time Machine from a modified DeLorean sports car. It’s powered by Plutonium, tricked out of the hands of international terrorists. So, what could possible go wrong? When the terrorists return for their nuclear booty, Marty has to escape in the DeLorean. Accidentally triggering time travel, he’s catapulted back in time to 1955…unwittingly changing the entire course of history. 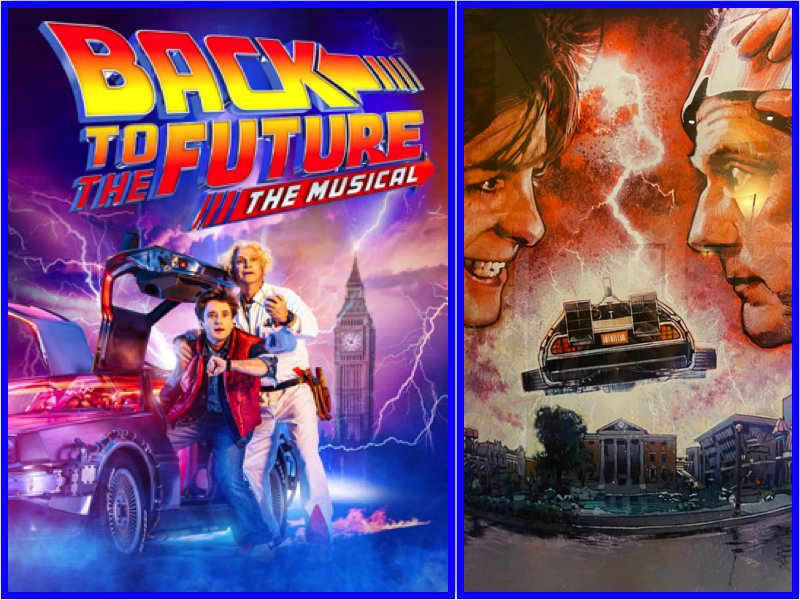 Now, it’s a race against time for Marty McFly to fix the present, escape from the past and somehow get himself…back to the future.

Back To The Future The Musical has been adapted from the iconic 1980s movie for the stage by the film’s creators, Bob Gale (Back to the Future trilogy) and Robert Zemeckis (Forrest Gump). This team has perfectly translated the movie to the stage. My expectations were very low because I am a fan of the orginal film trilogy and could not imagine it on a stage.

But my surprise was enormous. This musical is perfect from every point of view: the pace, the fast change of scenery, the use of technology and special effects, the costumes, the dance choreography, the original songs, but above all the choice of cast led by former Desperate Housewives star Roger Bart who plays the eccentric inventor Doc Brown. At first I did not recognise him because his makeup and costumes disguised him well as Doc. However, after 10 minutes I could recognise the creepy grim of the evil pharmacist from Wisteria Lane. Epic transformation!

Olly Dobson steps into the sneakers made so famous in the movie by Michael J Fox as Marty McFly. He even looks like Michael J Fox!

The spectacular visual effects make you believe that the DeLorean car – perfectly custom-built for the show – really disappears in a lightning storm. Without spoiling it for you, I’d say that the final set piece alone is worth the price of a ticket!

Even children or teenagers who are not fans of the classic 80s movies will love this show because it brings to life the original movie with lots of 21st century technology that youngsters will certainly appreciate.

The show features an original score by multiple Grammy Award winners Alan Silvestri and Glen Ballard, featuring tracks Back In Time and Put Your Mind To It, along with the movie’s classic hits The Power of Love and Johnny B Goode.

You have been warned! Be ready to be strapped in for the ride of your life at 88mph. Turn on your Flux Capacitor and get ready for 1.21 Gigawatts of pure entertainment.

It’s so good that I want to go back in time so I can enjoy it all over again. Back To The Future The Musical is definitely worth going back to watch twice at least.

As Doc Brown says…‘your future is what you make it, so make it a good one!’

This entry was posted on Tuesday, September 28th, 2021 at 2:49 pm and is filed under Attractions. You can follow any responses to this entry through the RSS 2.0 feed. You can skip to the end and leave a response. Pinging is currently not allowed.