My Neightbour Totoro is at the Barbican until 21 January 2023.

Totoro is a kind of Japanese Winnie-the-Pooh and has become a legend both in Japan and around the world. The film by Miyazaki dates from the 80s, but is set in 50s Japan, in the countryside.  This first ever staging of the film is a triumph. I even dressed up as a Totoro, accompanied by my Japanese husband, Tadashi,  and teenage daughter, Emily, who has grown up with the whole Studio Ghibli  film library. 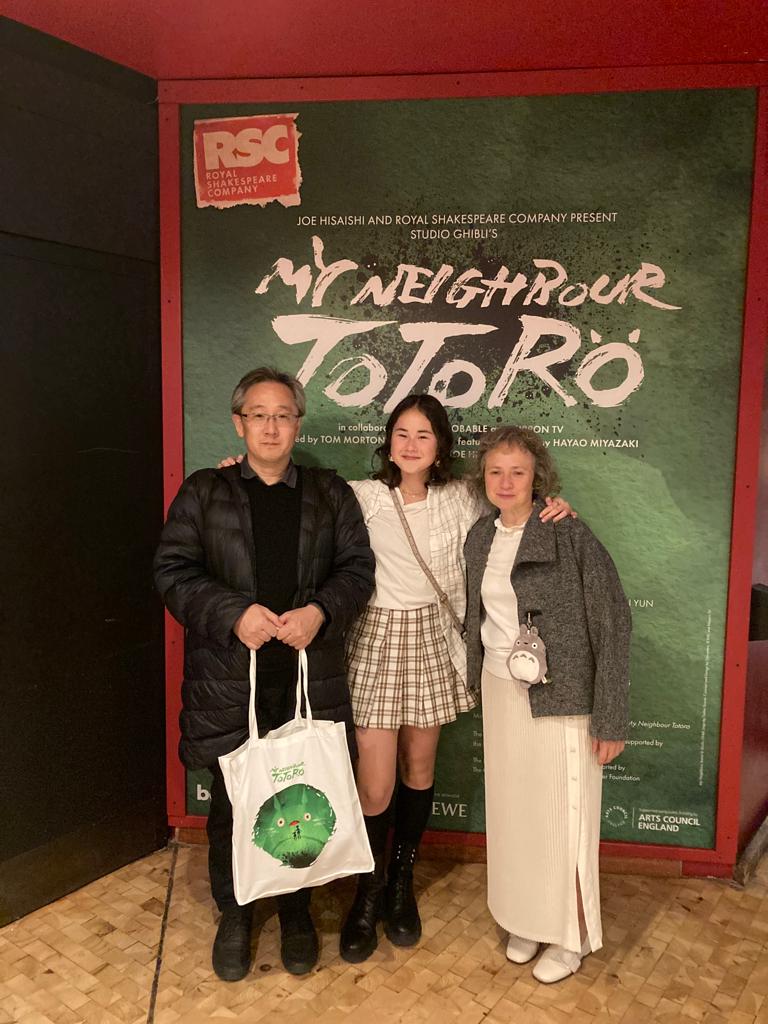 The whole cast is Far-Eastern-looking to create the impression of a homogenous Japanese rice-growing community, but embedded in this realism come the fantastical characters. 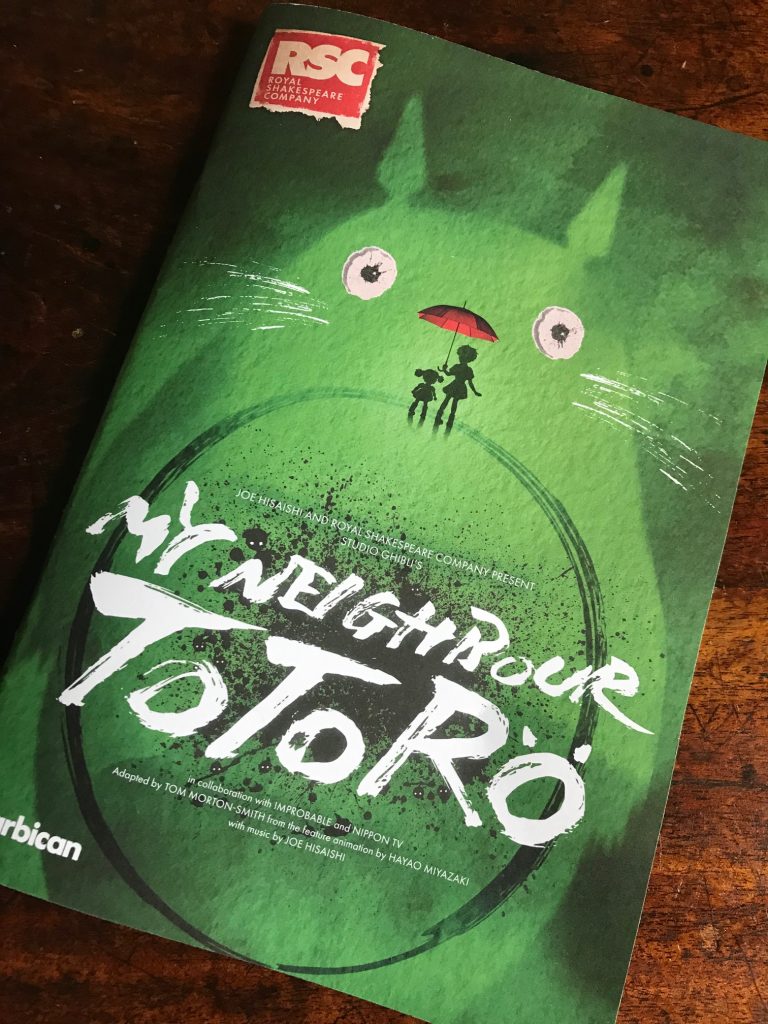 Whoever knows the film will be excited to find out how on earth they do the cat bus! And most importantly, Totoro. If you have seen War Horse, it’s along those lines, following the Japanese tradition of Bunraku puppetry, where 3 puppeteers dressed in black, work one life-sized puppet. Say no more. The audience was ENTHRALLED, breaking out into spontaneous applause with gasps of joy.

The live orchestra is positioned up in the tree tops, with a dual-heritage singer who sings the hit tunes in English and Japanese.

The theatre was chokkers, with all ages, even big beefy bald 30 year olds! If it’s sold out, keep an eye on your local cinema. Who knows, it might just stream.

No photos allowed. It would spoil the surprise anyway. Go see! 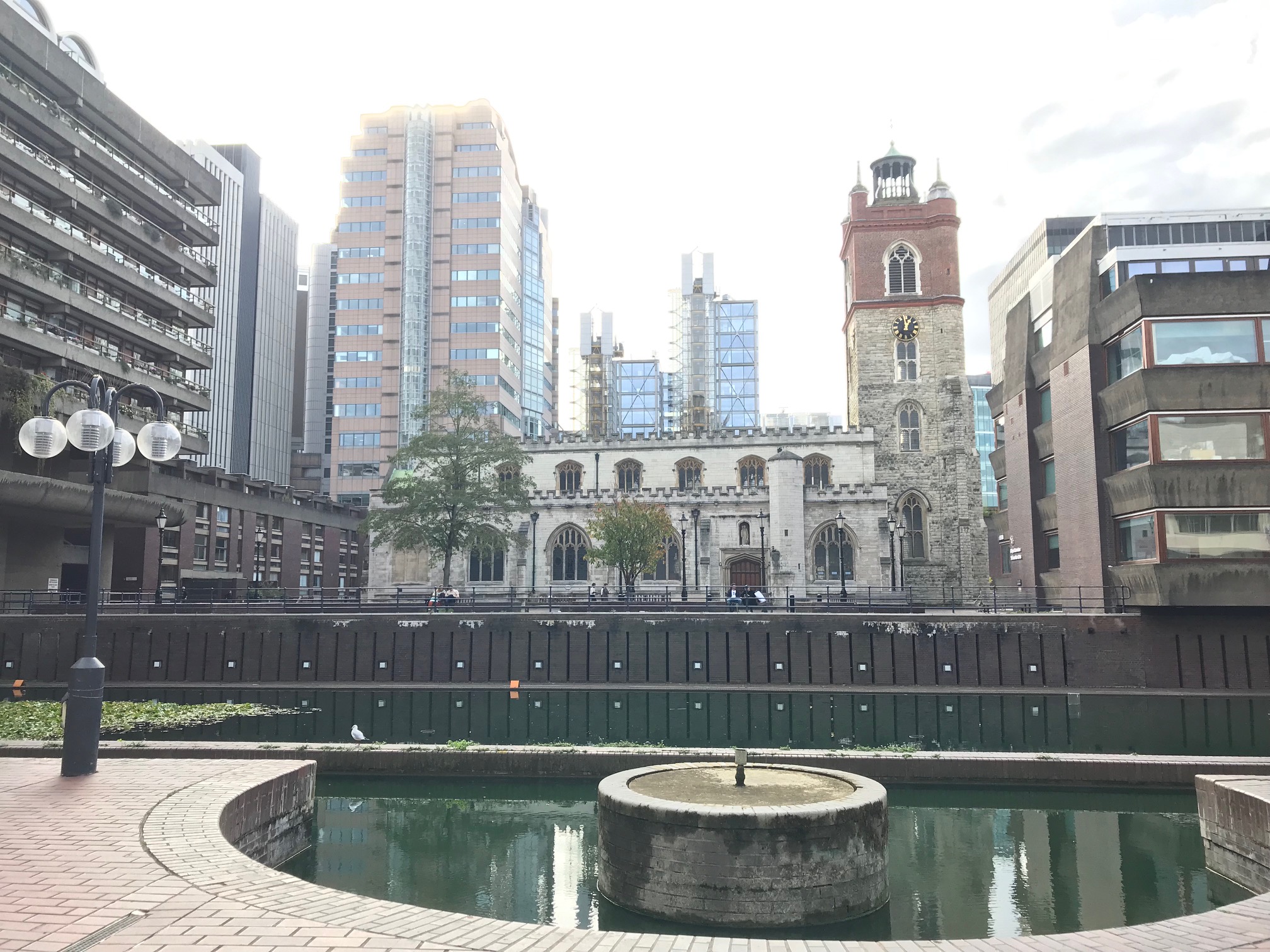 This entry was posted on Tuesday, November 1st, 2022 at 12:51 pm and is filed under Attractions. You can follow any responses to this entry through the RSS 2.0 feed. Both comments and pings are currently closed.