The Zombies are back!

I am third time lucky! I have interviewed The Zombies’ iconic singer Colin Blunstone so many times, that it feels like a regular appointment now before an important gig or tour. Not even the pandemic has stopped the legendary Rock & Roll Hall of Famers from getting ready for their first and only “World Tour in One Night” live stream concert from the legendary Abbey Road Studios in London on 18 September 2021 at 12pm PDT/3pm EDT/8pm BST. 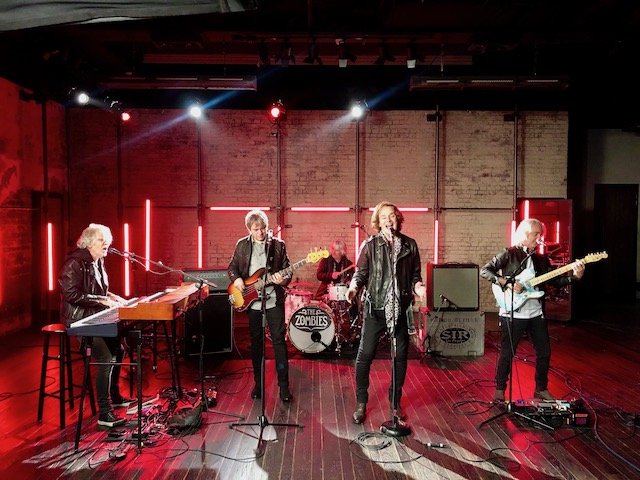 The iconic British pop pioneers will perform a career-spanning concert in Abbey Road’s Studio Two, returning 5 decades later to the hallowed space where they recorded their seminal album Odessey & Oracle in 1967.  Fittingly, this event coincides with the start of Abbey Road’s 90th Anniversary celebrations.  The concert will be broadcast by Veeps.com, the streaming platform founded by Good Charlotte’s Joel and Benji Madden in 2017. 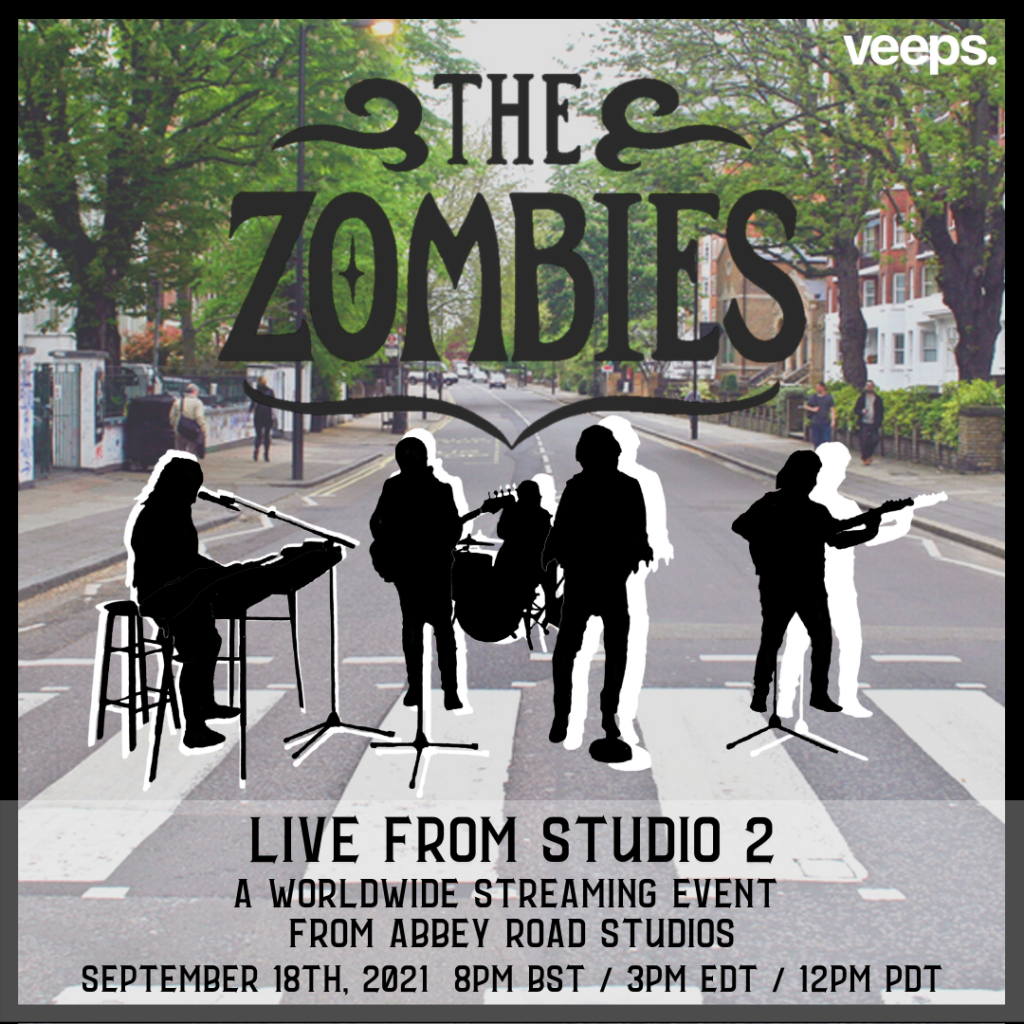 The concert will be followed by an online Q&A Session from Abbey Road with founding members Rod Argent and Colin Blunstone.  Hosted from “across the pond” by legendary Rock journalist David Fricke, the band will also field questions from a virtual audience of surprise celebrity guests. Special ticket packages with exclusive merchandise are also available to purchase at https://thezombies.veeps.com/

With all their touring plans postponed to 2022 due to the COVID-19 Pandemic, The Zombies jumped at the chance to do a “world tour” in one night. “We’re really excited for this opportunity to reconnect with our fans”, says lead singer Colin Blunstone, “and especially to reach places around the globe like Australia and South America, where we’ve never had the chance to play live before!”

The band is also excited to try out some new songs during the concert.  With this forced break from touring, The Zombies current lineup – singer Blunstone and keyboardist Argent, along with Steve Rodford (drums), Tom Toomey (guitar) and Søren Koch (bass) – have been pouring their creative energies into recording the long-awaited follow-up to their Billboard charting 2015 album “Still Got That Hunger”. According to Argent: “Of course I know these last fifteen months have been testing for everybody. What’s suddenly feeling terrific for us though, is at last being able to continue the recording of our new album!  We pretty much just completed the fifth song, and there are already three more currently in the pipeline to be rehearsed and recorded.  The initial reaction to the completed tracks has been great, and the feeling of excitement is almost like starting again!” 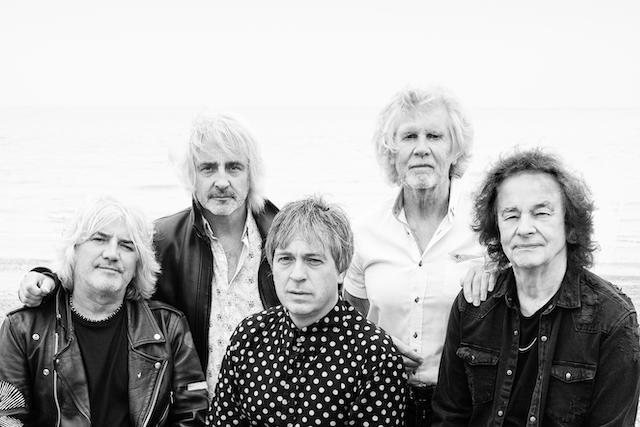 The Zombies first burst onto the scene in 1964 at the forefront of the “British Invasion” with hit singles like “She’s Not There” and “Tell Her No”.  The original members – Blunstone, Argent, Chris White (bass), Paul Atkinson (guitar) and Hugh Grundy (drums) first entered Abbey Road (then called EMI Recording Studios) in June 1967 armed with only a £1000 recording budget from CBS Records, and the ambition to self-produce their second album Odessey and Oracle.  The band famously walked into Studio Two on the heels of The Beatles, who had just finished Sgt. Pepper’s Lonely Hearts Club Band…benefiting from the Fab Four’s new advances in multi-track recording, and also the mess they left behind!  Recalls Argent, “They left quite a few instruments lying around the Abbey Road Studios, one of which was John Lennon’s Mellotron, which ended up all over the album. I didn’t ask anybody’s permission; I just used it because it was there!”

Released in 1968, Odessey and Oracle was initially a commercial disappointment, leading to the band’s break-up.  Ironically, one year later, the last track on the album, “Time of the Season”, became a chart-topping single around the world, and over the decades, Odessey and Oracle, has been rediscovered as a pop touchstone, regularly making “Top Albums of All Time” lists in the likes of Rolling Stone and Mojo.

Following the break-up of the original band, vocalist Blunstone went on to develop an acclaimed solo career (with hits including “Say You Don’t Mind,” “What Becomes of the Brokenhearted”, and “Old & Wise” with Alan Parsons Project) while Argent rocked ‘70’s arenas with his eponymous band ARGENT (“Hold Your Head Up,” “God Gave Rock ‘n’ Roll To You”), but the legend of The Zombies continued to take on a life of its own.  By the start of the new Millennium, Blunstone and Argent were inspired to resurrect The Zombies.

With relentless touring and critically-acclaimed new releases, the band slowly reclaimed their legacy while developing new generations of fans.  After receiving their 4th nomination in 5 years, and with a groundswell of support from both the public and their peers, The Zombies joined Stevie Nicks, Radiohead, The Cure, Def Leppard, Janet Jackson, and Roxy Music as the 2019 Class of The Rock & Roll Hall of Fame.  “Time of the Season” continues to permeate popular culture, featured in an online promotional film for the launch of Chelsea Football Club’s new home kit line, and emblazoned on an exclusive T-shirt debuting at Urban Outfitters this July.

Never content to rest on their laurels, look for the new Zombies album and concert dates in 2022!

Here are my past interviews:

Mingling with Rock Royalty: My chat to The Zombies iconic singer Colin Blunstone

Chatting to The Zombies, iconic band from the 60s, who Still Got That Hunger

This entry was posted on Sunday, August 15th, 2021 at 11:37 am and is filed under Attractions. You can follow any responses to this entry through the RSS 2.0 feed. You can skip to the end and leave a response. Pinging is currently not allowed.