The Best Skate Parks in London

In the grand scheme of things, skate parks have only been around for a short while (since the 1970s), however, due to the surge in popularity regarding skateboarding, scootering and skating, many skate parks have been built in villages, small and large towns and major cities. Therefore, many people can now take to the streets safely, practising their skills with minimal risk.

However, skate parks aren’t solely reserved for skateboarding, either. From inline skates to even scooters, there are so many ways for your talented teen to try out new tricks and push themselves to new limits. Before you take to the slopes though, you need to ensure that you’ve selected a skate park catered to your capabilities, and that you also have the appropriate equipment that’s designed to withstand tricks.

The skate park that certainly garners the most passer-by’s (and, therefore, the biggest audience, if you were to try to get some international coverage) is at the Southbank Skate Park. Tourists already stop as they pass by just to take photos of the bright and bold graffiti art that lines the walls, so if you are up for showing off a new trick, this would be the best place to do it. When you are done, you also get to enjoy one of the many vendors, have a drink, or go anywhere else this central spot is close to.

This skate park is near Southbank and Waterloo, and yet is entirely indoors, meaning it is completely dry no matter the time of the year. However, this skate park is for experienced riders only, as it features archways, and small spaces. If you have the skills, but don’t necessarily have the correct scooter equipment, then taking the time to research and invest in the top stunt scooters for professionals is essential. 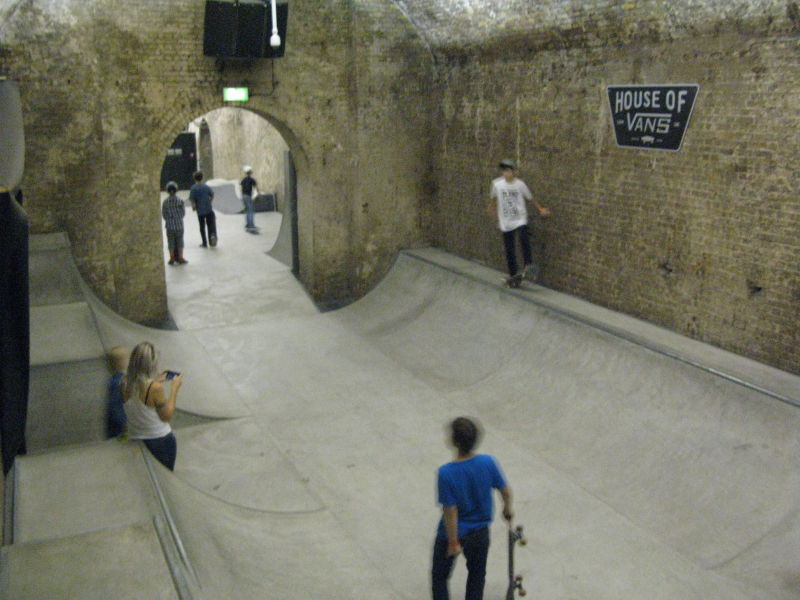 The House of Vans skate park is free to skate, but entrance is timed, so it’s best to book your two-hour slot in advance to avoid disappointment.

For those who want more challenging ramps to test their skills out on, there is the White Grounds Skate Park.

Also centrally located, this skate park can be found underneath a railway arch. It is less crowded than the Southbank Skate Park, and has a great atmosphere for you to practice and perfect those tricks.

This incredible skate park is also known as Stockwell Sands or Brixton beach. It is one of London’s oldest skate parks, and features a predominantly organic flow, though a recent renovation has added a few sharp edges for more experienced stunt sportspeople as well.

Bay Sixty 6 is located in West London, and it is a park that gets consistent upgrades and changes. It is large, and has different areas for everyone, making it the perfect spot for both experienced riders and beginners.

It is always better to skate with others; however, if you’re the only person in your group of friends who skates, then finding a skating partner can be difficult. However, many skaters and skateboarders are friendly and willing to help people out with tricks. All you have to do is look for the best London skate parks for you.

This entry was posted on Thursday, January 25th, 2018 at 11:05 am and is filed under Attractions. You can follow any responses to this entry through the RSS 2.0 feed. Both comments and pings are currently closed.