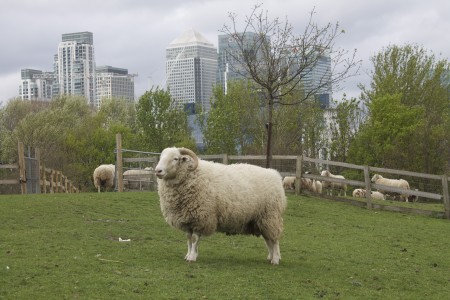 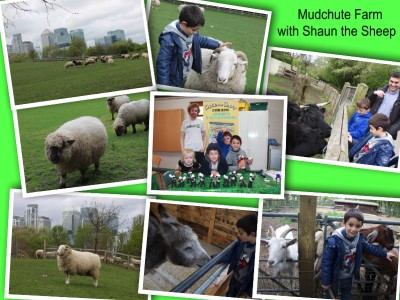 Mudchute includes a varied collection of livestock, British rare breeds and totals over 100 animals across the farm!

Throughout Mudchute Farm’s landscape and buildings we fed all British rare breed animals, horses and ponies who are very friendly and walking around everywhere. The larger animals graze in the outer enclosures and fields, and the smaller and perhaps more cuddly are kept next to the main courtyard in ‘Pets Corner’. 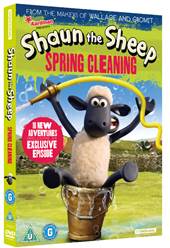 The children get to learn all about how the Farm works, get closer to some of the animals, and maybe even help feed some of them. We even met the real Shaun the Sheep before attending a workshop run by Will Harding, one of Aardman Animators’ team responsible for some of the best episodes of both Wallace & Gromit, Shaun the Sheep and even the movie Pirates in an adventure with Scientists. He taught us how to make a Shaun the Sheep out of plasticine and told us lots of behind-the-scene secrets from the new Shaun the Sheep Spring Cleaning series (out now on DVD).

Shaun and pals get into more mischief than ever before around the farmyard. Featuring ten short episodes, viewers are welcomed to Mossy Bottom Farm to follow Shaun, the leader of the flock, Bitzer and the rest of the gang as they embark on madcap adventures. In the comical episodes, the flock run into skateboarding trouble, take on a vicious pet rabbit and try out window cleaning on the farm. As well as a range of exciting behind-the-scenes features, the DVD also includes one episode, never-before-seen on TV, where Bitzer gets into trouble for trying out graffiti art! Actually the graffiti episode is one of the best but the BBC decided not to air it in case it gave the wrong message about painting public walls for fun.

The best part of this DVD is the behind the scenes footage of the animators showcasing how this incredibly cleverly made plasticine cartoon is made. Really priceless watching for 7+ kids who have an interest in movie making.

Check our collage of images for inspiration to create your very own Shaun. Kids and mums alike enjoyed the creative workshop. 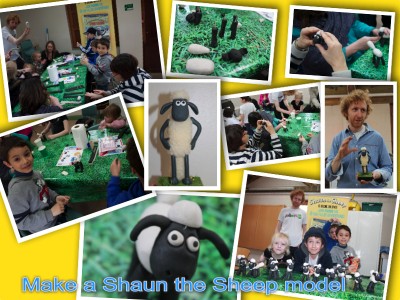 The biggest secret of all is that there is a new movie being produced now at Aardman Studios in Bristol which will be released in Spring 2015. We cannot wait for that and our curiosity made us research online a bit only to find this teaser trailer for the movie.

Meantime get the kids busy and entertained with these 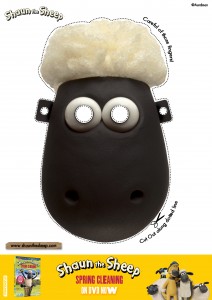 Tags:  animated family film children DVD reviews
This entry was posted on Monday, April 7th, 2014 at 7:10 pm and is filed under Attractions. You can follow any responses to this entry through the RSS 2.0 feed. Both comments and pings are currently closed.