Over the years, I have seen Romeo and Juliet – one of the most famous love stories ever written – in London theatres many times, but the latest adaptation Juliet & Romeo by Intermission Youth Theatre is unique and refreshing. Often the word ‘youth’ is associated with amateur style, but let me reassure you that this production is as good as, if not better than most West End shows where funding is not even an issue. 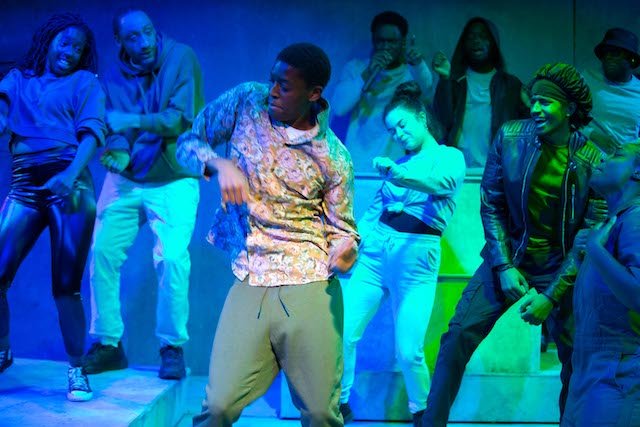 Set in present-day London where the streets are tense with the global pandemic and the BLM movement, Juliet & Romeo interweaves 400-year-old verse with urban dialogue to give new relevance to the Shakespeare canon. This new production follows on from the renowned theatre company’s previous critically acclaimed Shakespeare re-imaginings (Excluded, 2019) and (Othello: Remixed, 2018) and their collaborations with Shakespeare’s Globe (Shakespeare’s Walks and Shakespeare within the Abbey, 2018).

Intermission Youth Theatre is essentially a community theatre that has proven that passion and young raw talent can turn a classic piece of theatre into something fresh and vibrant. 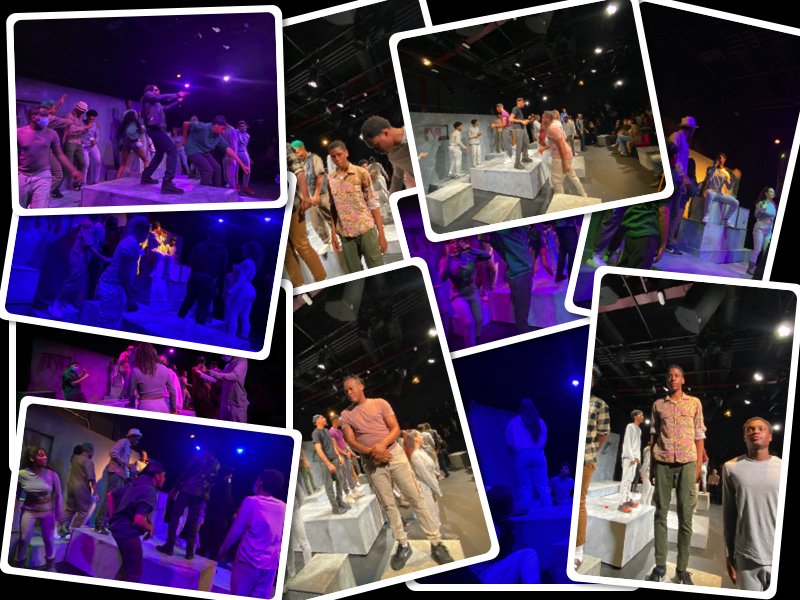 Artistic Director Darren Raymond has re-energised Shakespeare’s story mixing the original text with urban street language and improvisation elements provided by his young talents who worked tirelessly during lockdown. Commenting on his choice of role reversal as a reflection of modern society since the gender equality, he said: : “Transposing all of Juliet’s lines with Romeo’s and vice versa does something really interesting to this ancient text and brings fresh insight into this story with its themes of love, revenge, relationships and what it means to be a woman in this world.”

On the same subject Mark Rylance, global movie star and Intermission Youth’s trustee said: “There is so much dissection and political pressure around Shakespeare these days, I find it hard sometimes to connect with my old love for the plays themselves. But when I listen to the sincere vital playing of the young actors of Intermission Youth my love is reborn and I feel that old bard magic – that wonderful connection with the emotions and imagination of the genius of Shakespeare.”

On this production, he added: “The gender change is a revelation and works beautifully. Only young people can do justice to Romeo and Juliet. Prepare to be moved to laughter and tears. This is authentic stuff.”

The contemporary spin is significant considering that only 10% of the play is spoken using Shakespeare’s original language.
The modern adaptation includes a reference to the pandemic while in the original script the character of Friar had the Black Plague and could not deliver Juliet’s note to Romeo. The parallel with the Covid ‘plague’ is very current.

Juliet & Romeo will have a 4 week run until 4th  December 2021. This will be the first Intermission Youth Theatre show staged in two years and  The Chelsea Theatre’s inaugural long-run production since its major renovation and relaunch in early 2020.

Intermission Youth Theatre has been creating reimagined Shakespeare plays since 2008, exploring the Bard’s work through the eyes of a diverse company. This renowned organisation has a long-standing association with the RSC and Shakespeare’s Globe. Since inception, IYT has engaged with well over 6,000 young people across the UK through its programmes in schools, pupil referral units, young offender institutions and prisons. IYT Patrons also include Naomie Harris. Intermission Youth Theatre alumni include EastEnders regular Stevie Basaula, Dr Who’s Tosin Cole who is currently filming a series on the US.

This entry was posted on Monday, November 22nd, 2021 at 3:39 pm and is filed under Attractions. You can follow any responses to this entry through the RSS 2.0 feed. You can skip to the end and leave a response. Pinging is currently not allowed.