“With the sombre song ‘Cages, Cages’ going around in my head today, I realise that last night’s performance has had a far greater impact on me than I gave it credit for at the time.  I found myself being more excited about this event than I have been about any experience in a long time, having been drawn into a pair of soulless eyes on my Facebook feed, eyes which actually moved on the screen in my hand. 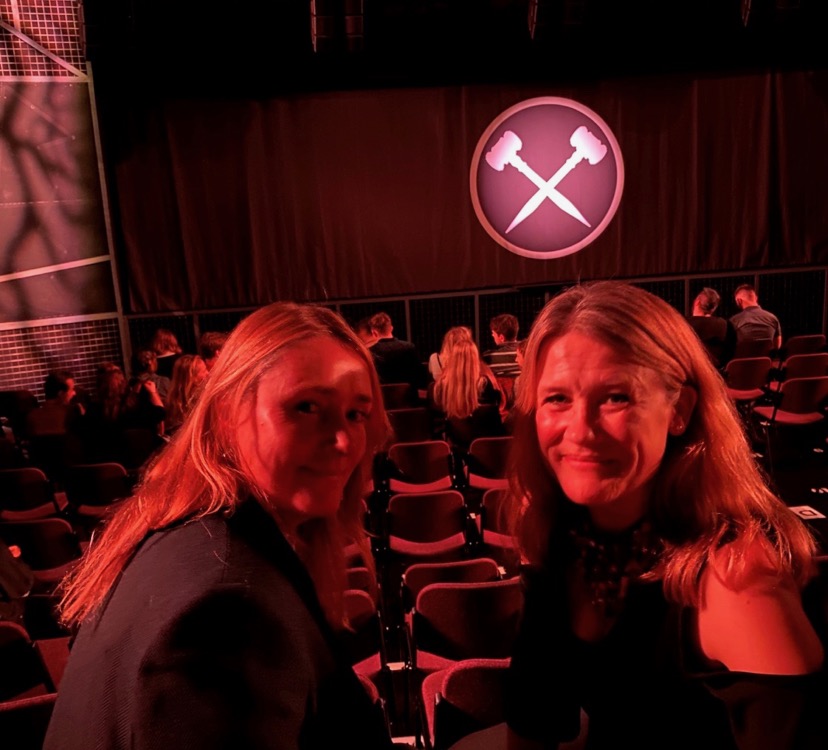 In the foyer of the recently renovated Riverside Studios in Hammersmith, abuzz with theatre, film and art in one space, we were treated to a room of interesting artwork in response to the Cages creation, to set an unsettled scene for the evening ahead. 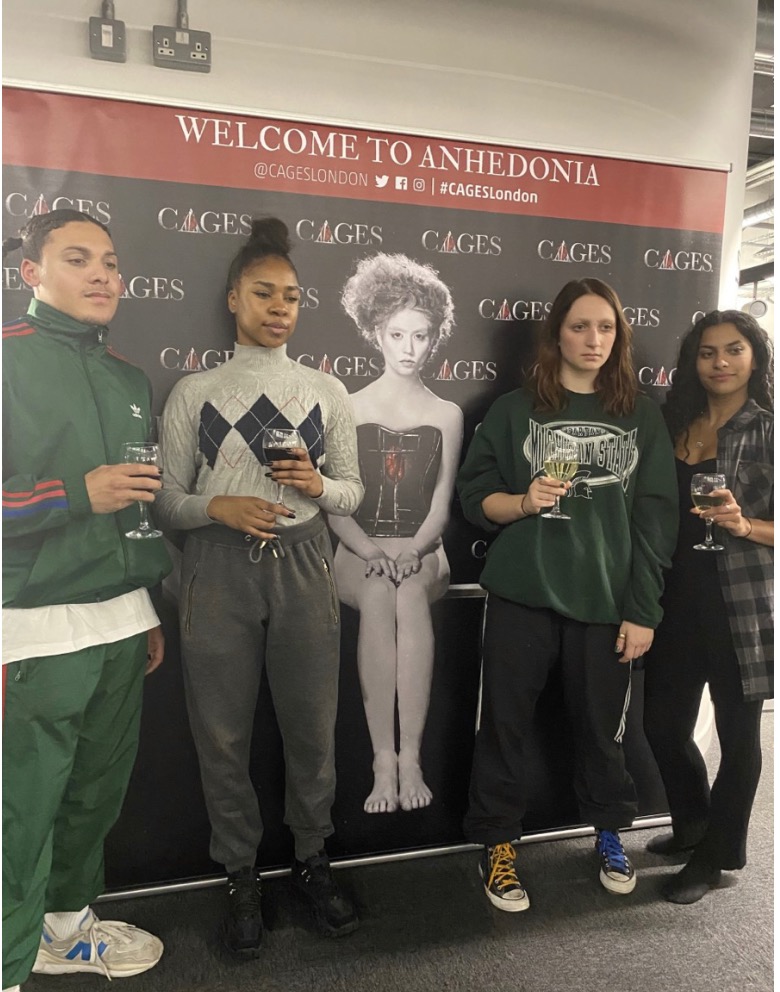 The show itself is a cacophony of musical theatre, film, art and dance. From the moment it starts, it is unlike any other theatre production.  It is extremely dark, menacing, and all-encompassing. 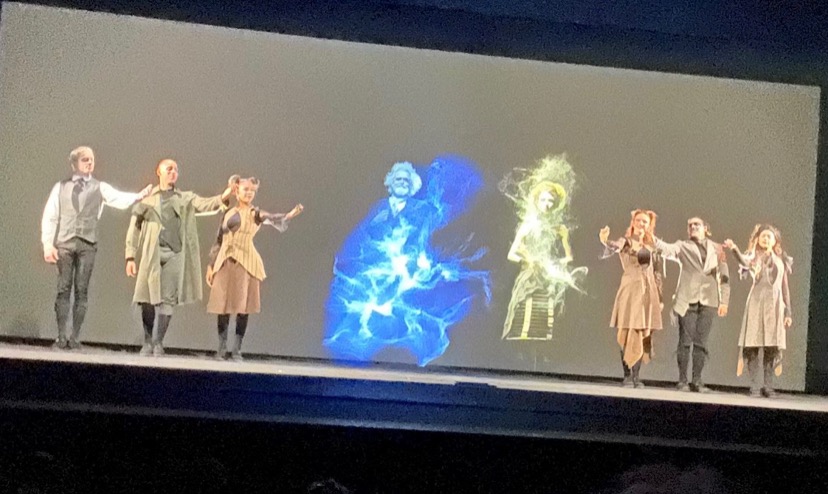 The sounds are very loud, the lights strobe too much.  I felt it was over the top whilst I was experiencing it, a sensory overload, but I now realise that that was the very point.  It is meant to disturb, to whip up every feeling, in this dystopian world where it is forbidden to feel.  It is designed to create unease, to make you think, to bring you out of your comfort zone of familiar West End musicals.

Personally, I think nothing can beat human connection, on or off-stage, I dislike unrealistic computer generated imagery, and believe there is nothing quite like a full orchestra to stir up emotions. However, I did enjoy the black and white film and hologram media, with the eery childhood-esque storyteller, and the silent movie taglines.  I was intrigued by how the actors on stage intertwined with the technology, and I must confess to not being completely sure what was hologram and what was real at certain intervals.  It was a fascinating watch, and opens up a whole wealth of ideas of what can be brought to the stage.

The lead role beautifully delivered song after song, but the general vibe was one of a one man show and would benefit from more involvement from the other actors. There was an aura of dis-connect, and although this is their thematic statement, theatre does need to have the power to truly draw in its audience. I feel privileged to have witnessed the beginning of this new world of theatre, a very brave venture. Today I am left with a troubled soul, and I guess this is proof that Cages has done its job.”

This entry was posted on Friday, October 14th, 2022 at 10:00 am and is filed under Attractions. You can follow any responses to this entry through the RSS 2.0 feed. Both comments and pings are currently closed.