Each year, 70 million sharks are slaughtered for their fins – a rate at which they simply cannot survive – and shark charity Bite Back estimate that unless action is taken, 20 species could be extinct by 2017. So a few days ago, a courageous group of 55 cub scouts – all just 8-10 years old – took a stand and staged a ‘sleep-in’ at the SEA LIFE London Aquarium, sleeping with 15 sharks nestled sardine-like in the dark shadows of the massive Shark Reef Encounter display. 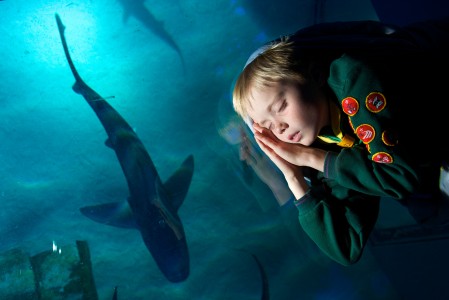 The plucky youngsters had three simple aims: to raise awareness for the plight of millions of sharks, to raise much needed funds for essential conservation work to end the shark finning trade and earn their Conservation Badge into the bargain. The activity was part of an on-going public engagement programme run by the experts at the aquarium designed to put the record straight about the much-maligned species. “We do a lot about conservation and wildlife but I had no idea that so many sharks were killed for their fins,” said 8 year old May Do Amazal from Kennington. “It’s really sad and horrible and should be stopped. I always thought sharks were dangerous to us, but it’s the other way round!” 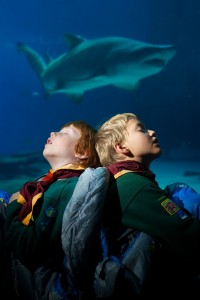 “We are on a mission to challenge perceptions of sharks as the bogeymonsters of the ocean and make people aware of the terrible dangers they face in the wild,” explained SEA LIFE London Aquarium Education Officer, Jenny Hickman.  “The fact is that humans are more of a threat to sharks than sharks are to humans, and if action isn’t taken we stand to lose some of the oldest and most spectacular creatures in the sea.” 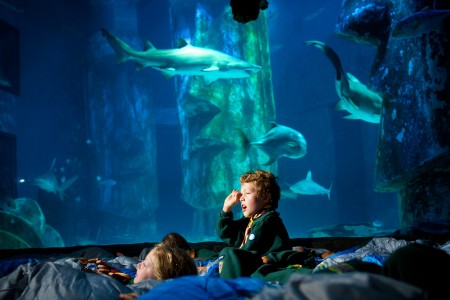 As well as snuggling down with the sharks, the group was treated to a tour of the aquarium with talks on key conservation issues and enjoyed a special screening of the animated film ‘Shark Tale’. “The children have had an incredible experience and we’re delighted to have been involved,” commented Akela Carol Leonard MBE. “The children have well and truly earned their conservation badges, raised funds for Bite Back and awareness for a huge conservation issue. We’re proud that they have taken a stand and done something to help – plus they’ve had a lot of fun !” 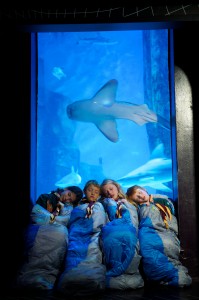 This entry was posted on Tuesday, September 24th, 2013 at 9:00 am and is filed under Attractions. You can follow any responses to this entry through the RSS 2.0 feed. You can leave a response, or trackback from your own site.