Slade is without doubt one of the most exciting bands to come out of Great Britain in the past 50 years. With their unique blend of perfect pop rock ‘n’ roll, outrageous flamboyance and pure fun, and no less than 23 Top-20 singles of which six were No-1 smash hits plus six smash albums, Slade have become a firm favourite in the hearts of pop fans all over the world.

I have seen them live three times already and I look forward to their Christmas gig in London every year. Slade are pure energy and a band that leaves you with positive vibes. I have been lucky enough to meet the band backstage several times and I really appreciate the talents on and off the stage. 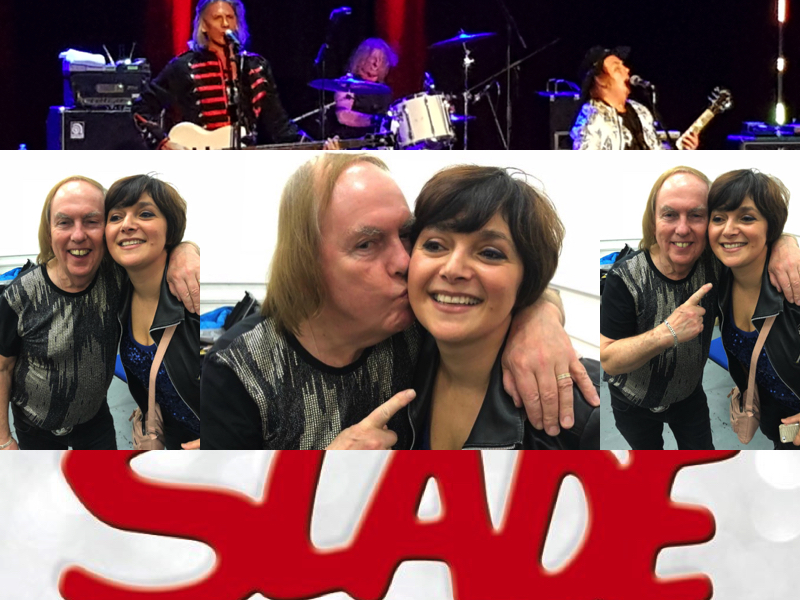 Founding member Dave Hill is the charismatic leader and Lead Guitar of the latest formation and full of energy even in his mid 70s. He makes a good team with John Berry who joined in 2003 on Lead Vocals, Bass, Acoustic Guitar and Violin. Slade today are still one of the most exciting bands on the road, and their stage performance is a dynamic, powerful and exhilarating roller-coaster ride of pure unadulterated rock ‘n’ roll. 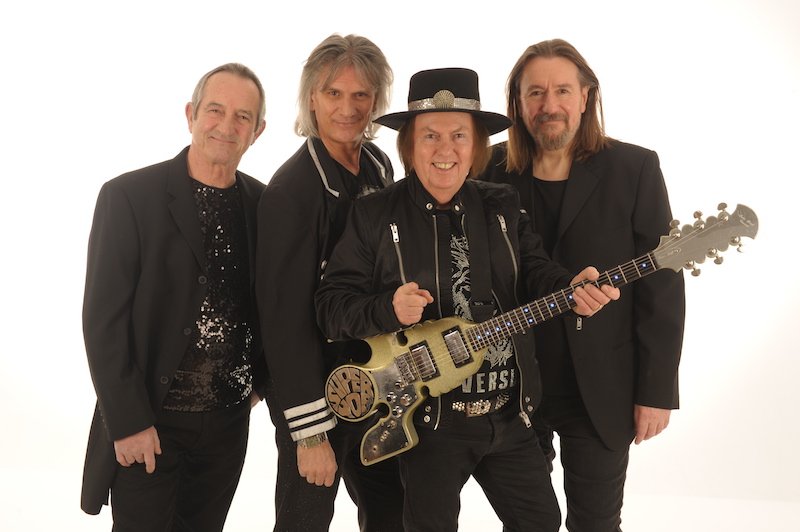 Q: Dave, how have you been during the pandemic?

Dave: I could not do any shows for 18 months and not touring has been tough. I have always been playing all around the world since 1966. A pandemic and a country in lockdown have been unprecedented in our lifetime. I wanted to be positive so I kept my brain occupied writing a solo album.

I have also collaborated on a glam fashion nostalgia book about my clothes with great photographs and drawings by fashion historian MJ who researched all the flamboyant clothes I used to wear. It will be out in a few months.

Dave: When we wrote those songs, our music was so new and fresh. We first hit the road in 1966, touring throughout Great Britain and Europe and becoming a regular concert attraction.

Even the Christmas song is a continual success. For this reason, we undertake an annual UK Merry Christmas Everybody tour in December.

No-one could have planned our career and that we would have written all these classics. Our manager, Jimi Hendrix Experience manager, Chas Chandler, told us: ‘You are a breath of fresh air’ and with him we achieved our first chart hit in May 1971 with the Bobby Marchan song Get Down And Get With It. Then, released in October of the same year, Coz I Luv You became our first No-1 and a huge hit across Europe.

We were working class guys on council houses. We had a long apprenticeship before we even saw the light of day. The music was more important back then without computers and streaming. There were Vinyl records only. We were young and glam and we changed the face and the look of music. The period of the 70s was very creative. We could consistently write great hits. Amazon Audible has published a whole audiobook based on my autobiography in which I spill the beans about my life story. You get more out of it than the book as you get the emotions out of the story written in my book.

At the beginning of the eighties, we were invited to appear at the Reading Rock Festival, a massive annual event which attracted over 100,000 people. We stole the show, giving some of the world’s biggest rock bands a serious run for their money whilst kindling new interest from a whole new audience. As a result, we signed a new record deal and unleashed the anthem We’ll Bring The House Down, which reached the Top-10 in the UK in January 1981.

But we never rested on our Glam laurels!

Throughout the start of the eighties we toured and recorded as we were considered a major force in British pop ’n’ rock. I have continued to tour the world with Slade until just before the pandemic. 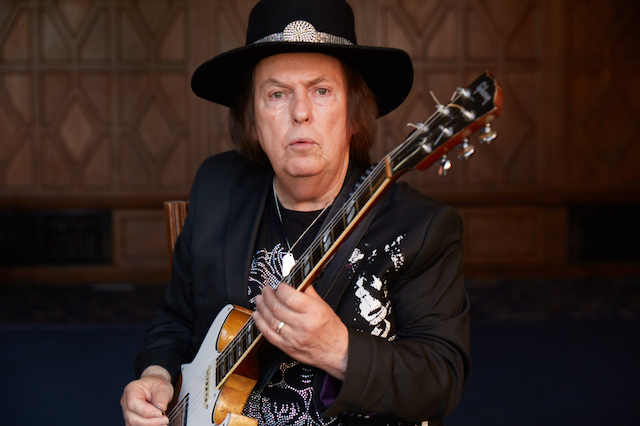 Q: Tell me about your solo album…

Dave: During lockdown I have written enough music for three albums. I’ll release them next year. In terms of style, it’s a mix of Slade sounds and different English Midlands country music. But during the live gigs with Slade I only play Slade songs because  the audience wants that.

It’s always great to talk to you. I could do this all day long. I look forward to seeing you at the London Christmas gig on 10 December in Islington. It’s our tradition now!

This entry was posted on Thursday, November 18th, 2021 at 2:15 pm and is filed under Attractions. You can follow any responses to this entry through the RSS 2.0 feed. Both comments and pings are currently closed.