Last night Pink Floyd’s Roger Waters kicked off the sixth edition of British Summer Time Hyde Park festival with a stunning sound and vision experience and an emotional version of Another Brick In The Wall with the Choir from Grenfell community. He brought his revered ‘Us + Them’ tour to a sold-out Hyde Park and the moment he entered the stage you understood why. This was the closest thing to experiencing a Pink Floyd concert since the band split up in 2005 after many ups and downs as well as the deaths of some of the key members. Waters has always been the band’s primary lyricist and conceptual leader, and devised the concept behind the albums The Dark Side of the Moon (1973), Wish You Were Here (1975), Animals (1977), The Wall (1979) and The Final Cut (1983). The Dark Side of the Moon and The Wall became two of the best-selling albums of all time.

I personally ticked another box in my bucket list of things to do before I die! 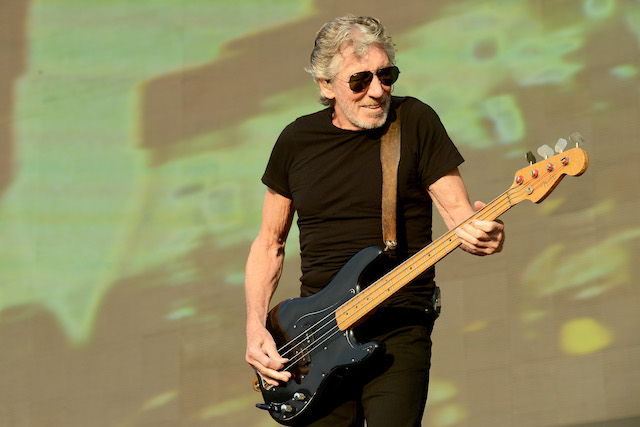 Last night his performance was absolutely memorable including an epic 21 track performance spanning many Pink Floyd albums with classics such as Breathe, Us & Them, Time and Wish You Were Here –  resulting in a deafening cheer of approval from the audience, as well as several tracks from Waters’ solo record Is This The Life We Really Want. 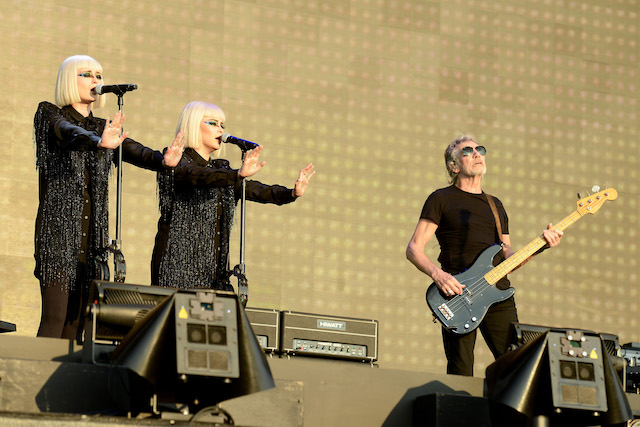 A very clear political voice drummed throughout, seen during the performance of Another Brick In The Wall Part 2, with school children from the Grenfell community (specifically The Rugby Portobello Trust) taking to the stage dressed in Guantanamo Bay prisoner boiler suits, with t-shirts bearing the one word – ‘RESIST’.

This theme continued following the interlude. With Waters’ grandiose visuals projected on screens out from the stage, a series of images and quotes from President Donald Trump flashed across screen during “Pigs (Three Different Ones)”, ending on the defiant statement, ‘TRUMP IS A PIG’.

Also appearing was an inflatable pig parading through the crowd, Battersea Power Station chimneys extending above the stage, and even a Dark Side Of The Moon prism created from lasers.

In his closing speech Waters captured the essence of the set and with a Palestinian scarf around his neck he said “All of us here in this beautiful planet deserve equal human and civil rights. And these rights are irrespective of ethnicity or religion, so they would extend to my brothers and sisters in Palestine. That’s all I have to say.”

The show ended with a stupendous rendition of The Wall classic Comfortably Numb and a firework display. 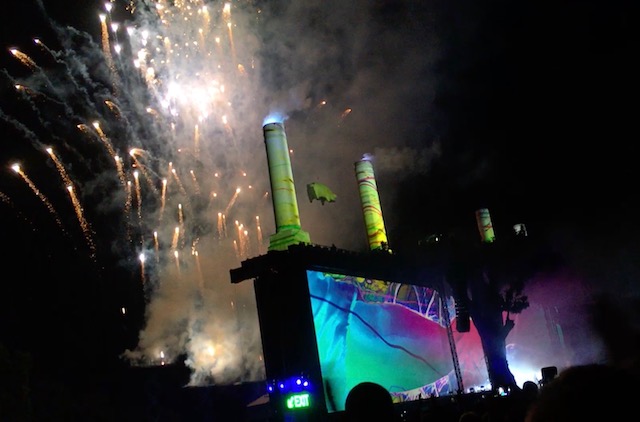 This entry was posted on Saturday, July 7th, 2018 at 11:30 pm and is filed under Attractions. You can follow any responses to this entry through the RSS 2.0 feed. Both comments and pings are currently closed.