Aquarists at The SEA LIFE London Aquarium issued a stark warning today about the potential fate of British marine life by holding an underwater funeral.
The sombre procession, lead by Aquarist Pete Williams, took place in the impressive shark reef display. Aquarists dressed as pallbearers and carried the coffin of ‘British Fish’ to it’s watery grave. 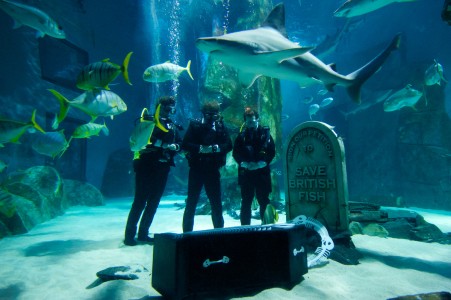 SEA LIFE centres nationwide are campaigning for the Government to establish an effective network of Marine Conservation Zones in British waters to safeguard the future of seriously threatened species like the Undulate Ray and the Basking Shark. 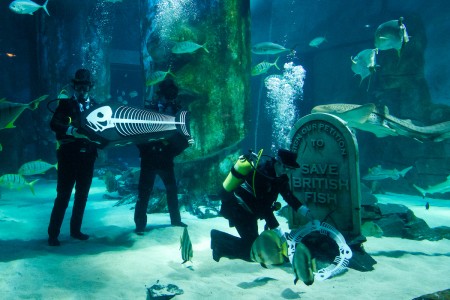 “We want to make people aware that it isn’t just exotic fish in far away coral reefs that are endangered by overfishing, pollution and urban coastal developments,“ explains Deputy Curator, Jamie Oliver who was one of the pall bearers. “Many British fish are extremely vulnerable and some species are close to extinct. 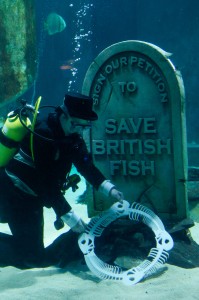 Some Scientists estimate we could lose the majority of our Fish Stocks by 2050 unless we take action to protect these threatened species, like the Undulate Ray, NOW. The Government is simply doing too little and if that doesn’t change quickly we can wave goodbye to some wonderful British fish.” 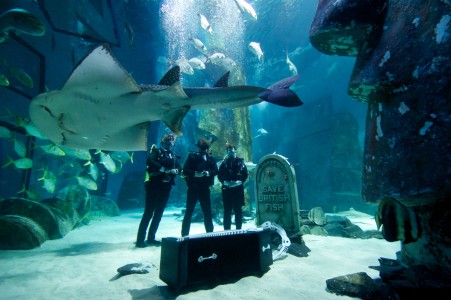 In July 2012 scientific advisors said 127 Marine Conservation Zones were needed by 2014 with an immediate need for 59 high-risk sites to be protected immediately. To date only 31 have been agreed by the Government. 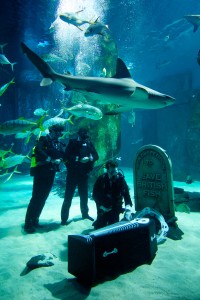 Tags:  half term activities london attractions
This entry was posted on Saturday, February 16th, 2013 at 11:00 am and is filed under Attractions. You can follow any responses to this entry through the RSS 2.0 feed. You can leave a response, or trackback from your own site.