Panto in the Pod: Christmas Panto Pod on the London Eye

Turn again Dick Whittington, and float above London! This London Eye Christmas Panto experience is a must see for a limited few, running from 14 – 18 December. On arrival we were guided to a holding area, to await the single pod containing the Panto set up. When this docked, we were seamlessly directed in by the ever efficient staff, and greeted by the cast of four, led by the wonderfully comic and camp Sarah the Cook. 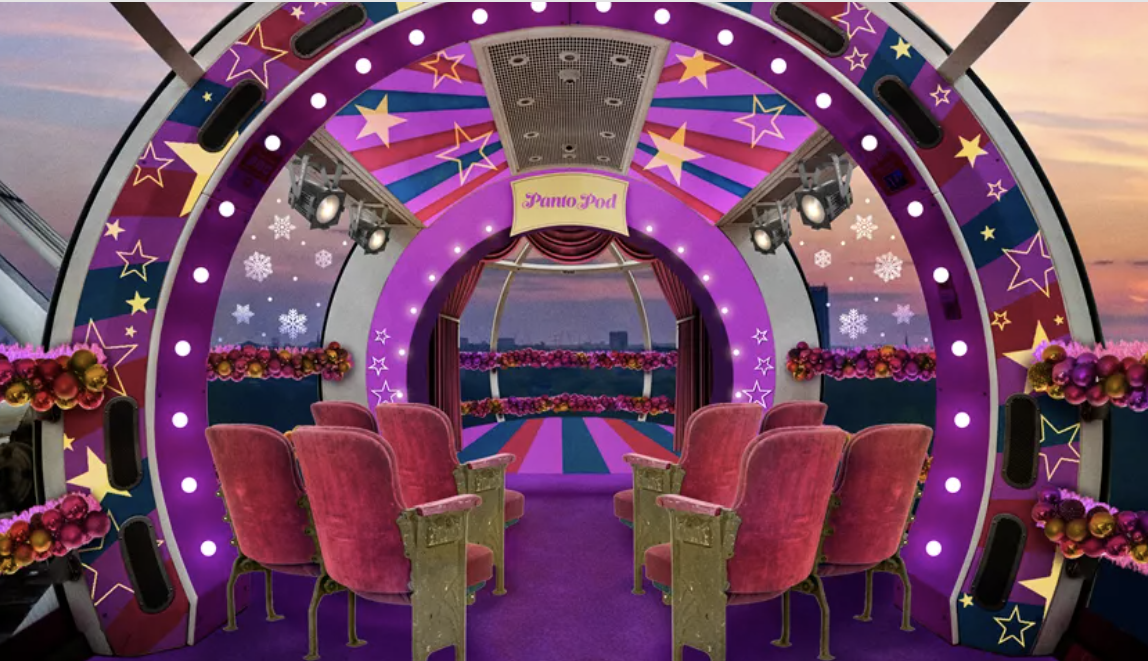 The pod is set up with a small stage area at the far end, facing eight seats for the guests – though there might also be room for children to sit on the floor. The show started immediately, with Sarah the Cook making the introductions, setting the scene and introducing the other cast members, which were Dick Whittington himself with Tommy the cat on his shoulder, Alice Fitzwarren his love interest and the evil Queen Rat. 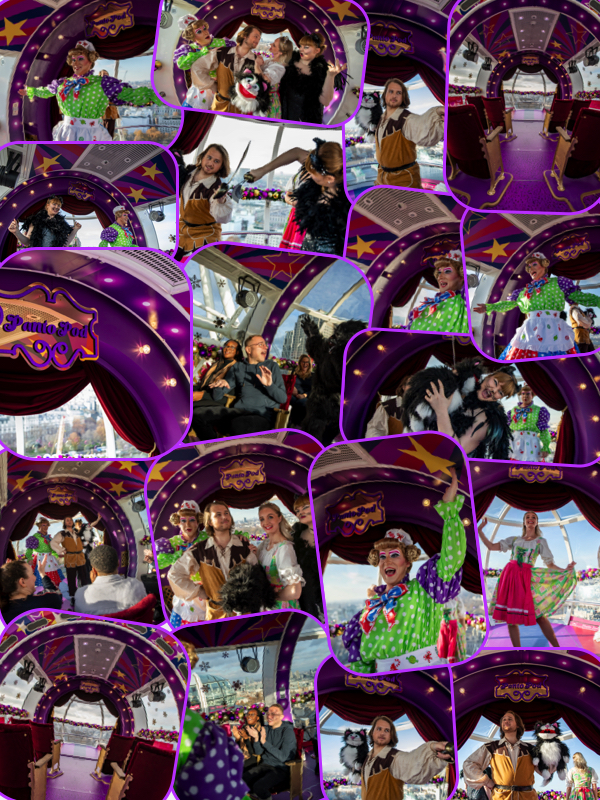 Dick Whittington is the archetypal London Panto, so how appropriate to have the show floating 443 ft in the air above the city – on a crystal-clear evening with the lights providing an ever changing backdrop. The show moved at a whirlwind pace, was full of innuendos to amuse the adults, singing and action to keep any children riveted. The actors filled the space, and managed a variety of costume changes to introduce other characters including Sultan Vinegar, the Fairy Nuff and a gorilla  – yes, he’s behind you!

This Christmas Panto has chalked up a few firsts – first done on the move, first to float above London, and probably the first to be done in such a small space. Get on board if you can!

Tickets for the Christmas Panto Pod are available from the London Eye dedicated page here. 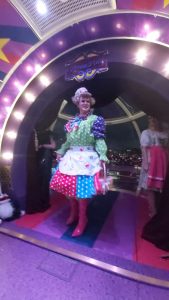 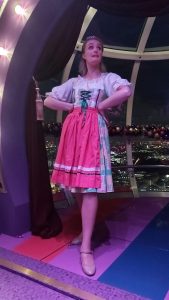 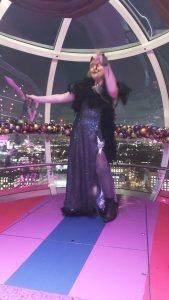 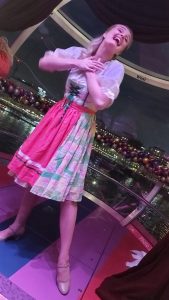 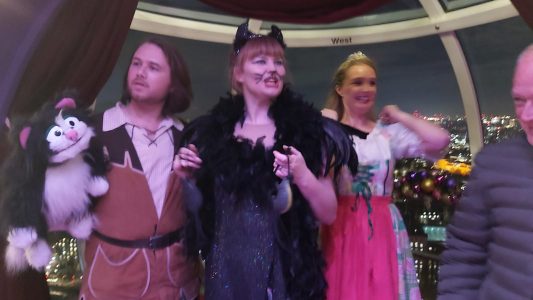 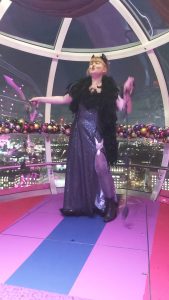 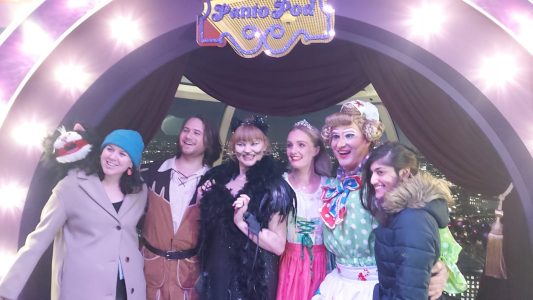 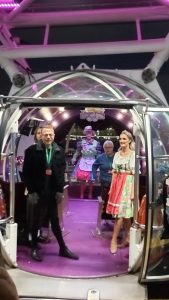 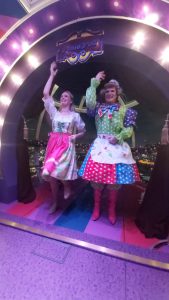 Out and about with young children: London Eye

Tags:  #christmastime #dickwhittington #londoneye panto
This entry was posted on Thursday, December 8th, 2022 at 1:24 pm and is filed under Attractions. You can follow any responses to this entry through the RSS 2.0 feed. Both comments and pings are currently closed.