Opera for the family: Il Barbiere di Siviglia at the Royal Opera House and the learning programmes

Attending the premiere of Il Barbiere di Siviglia at the Royal Opera House in Covent Garden has brought back lots of emotional childhood memories. As an Italian, I was brought up with good food and Opera. Undeniably listening to Opera can be quite daunting as a young person but once you get into it around the teenage years, you will love it forever. Now that I am middle aged I find myself even crying while listening to La Traviata, Tosca or Turandot. To explain it to young children Opera is like a sophisticated musical with a more complex storytelling. 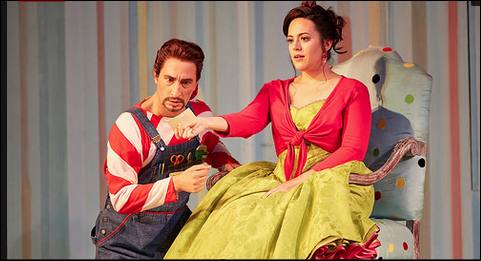 I have to thank my late uncle for educating me to listening to classical music as I would not be able to appreciate it now if it wasn’t for many afternoons spent around vinyl records together with my grandparents singing along la Traviata or Il Flauto Magico and even Il Barbiere di Siviglia.

Il Barbiere di Siviglia is an opera buffa which is basically a musical comedy and certainly easier also for children to understand. The Royal Opera House runs a unique Learning and Participation programme to a diverse range of participants from children to seniors including students, teachers, artists and whole communities, engaging with more than 30,000 participants on projects in the last Season alone. This is to educate audiences to the beauty of Opera and more generally classical music. 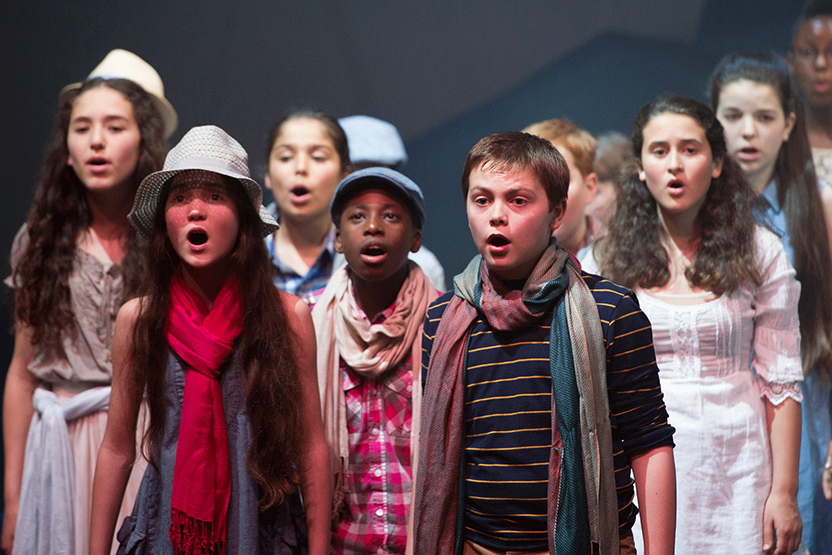 The Youth Opera Company is a 50-strong group of diverse, talented young people with real potential as singers and actors. They meet once a fortnight for a full day of workshops and rehearsals. 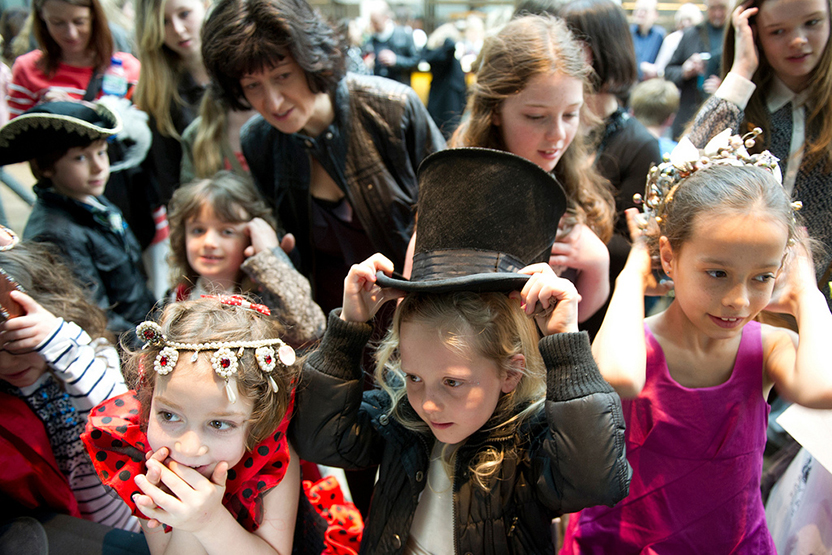 Welcome Performances – If you would like your family to experience opera or ballet in one of the most prestigious and beautiful theatres in the world, but don’t want to break the bank, you can register for the family scheme to attend a Welcome Performance. 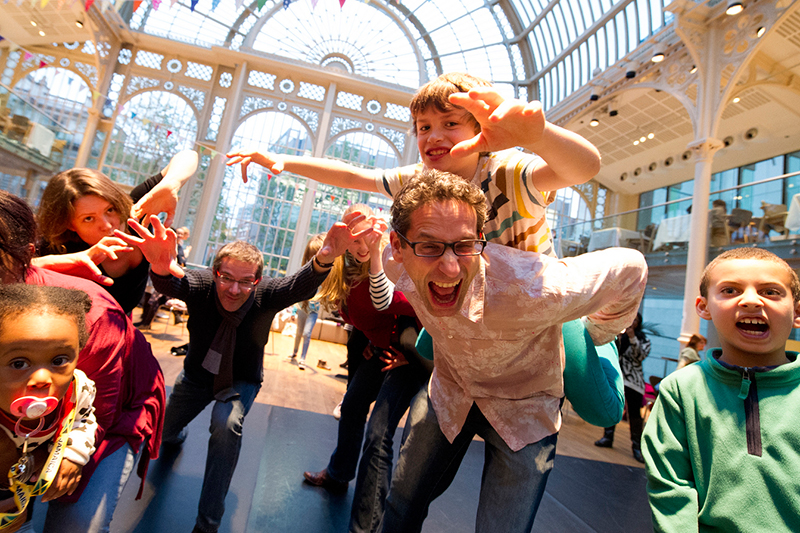 Family Sundays – Those who want to discover more about opera, ballet and the Royal Opera House can do so in a fun-packed day for all the family when they can enjoy a range of exciting and creative activities on the last Sunday of every month (excluding December). 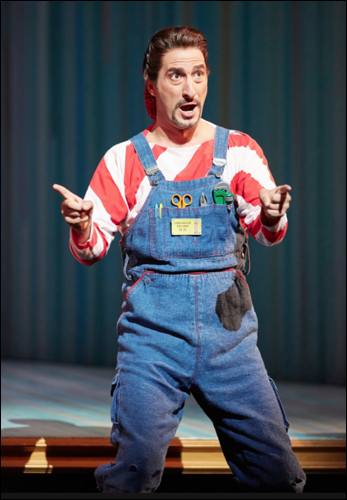 Il barbiere di Siviglia is the simple and charming story of a young man who must fight to be with the woman that he loves. Count Almaviva conceals his title from the young woman, Rosina, who is the object of his affections in the hope that she will love him regardless of his wealth and position. On finding that she loves him regardless of his fortune, he constructs a way of making her his wife, and with the help of Figaro, the local barber they conceive a plan. There is one small snag; Rosina is imprisoned by an old and grumpy doctor who wishes to marry Rosina that very same day. This grumpy old man, Doctor Bartolo, is assisted in his misconducts by a wonderfully wicked priest and the whole thing descends into fabulous chaos relatively quickly. It’s quite fantastic.

Il Barbiere di Siviglia has all the right ingredients for comic chaos: an imprisoned young woman, her lecherous guardian and a young noble suitor. Skilfully plotting behind the scenes is Figaro – an irrepressible and inventive character in whom many have seen a resemblance to the young Rossini himself. The score fizzes with musical brilliance, from Figaro’s famous entrance aria ‘Largo al factotum’ to the frenzy of the Act I finale, when the five principal voices all pile on top of each other.

This opera buffa is characterised by youthful energy and bold wit.  Moshe Leiser and Patrice Caurier’s colourful and inventive production manages to bring these qualities to life.  It is an animatedly dynamic production full of fun, smiles and laughter. The backdrops are kept minimalistic to make the vibrantly coloured costumes stand out alongside the amazing vocal performances of the super talented cast including Javier Camarena as Count Almaviva, Daniela Mack as Rosina and Vito Priante as Figaro.

It lasts 3 and half hours but it does not feel so long as it is highly entertaining and the music always cheerful with never a dull moment. I am lucky enough to be able to follow it in Italian but for those who don’t understand Italian singing there are surtitles which run above the stage. However I don’t recommend non Italian speakers to read as they would miss the action. It is better to read the script beforehand in a good translation and then watch the performances. The singers acted brilliantly and were very expressive, as you might expect, so a lot is understood without understanding word by word.

Vito Priante, the singer who acted the role of the multi-tasking barber, was absolutely humorous as well as excellent in his performance – both singing and acting. It helped the fact that he is Italian. The authenticity of his accent made the whole Opera really special.

Javier Camarena played the role of the Count brilliantly with his powerful voice. However his slight foreign accent distracted me at times. But it is only down to the fact that I could recognise the authentic Italian accent.

Daniela Mack playing Rosina in her colourful outfits and with a lot of cheeky expressions delivered powerful vocal performances herself, which is extraordinary considering she is really young.

What I also loved about this particular production was the use of 50s inspired costumes rather than the traditional old outfits that you would expect. The soldiers in 50s uniforms with their wit and gags behind the main acting provided all sorts of entertainment across the stage.

Overall the evening was perfect and the atmosphere at the newly refurbished Royal Opera House magical. The brilliant orchestra conducted by Henrik Nánási most certainly played an important role in this. 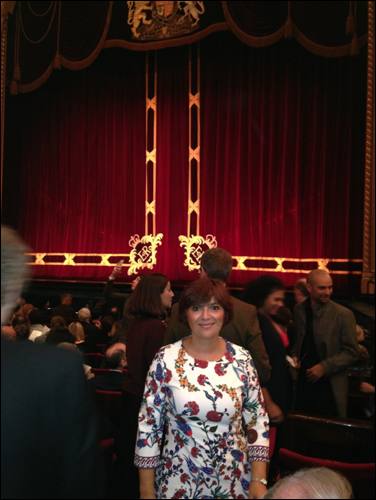 I would recommend seeing this production of Il Barbiere di Siviglia to anybody from a first time opera viewer to a regular Opera goer. Parents of teenagers should consider taking children from 13+. Younger children might struggle sitting still for over 3 hours so I would advise to take them rather to the educational activities held at the Royal Opera House Covent Garden to learn first about Opera.

Consider taking opera glasses if you haven’t got a stalls seat.

This entry was posted on Monday, September 19th, 2016 at 12:27 pm and is filed under Attractions. You can follow any responses to this entry through the RSS 2.0 feed. Both comments and pings are currently closed.