The new organisers of Notting Hill Carnival invited me to the Press Launch at The Tabernacle  (W11 2AY) to experience the sights, sounds and tastes of the iconic street Carnival that was started in 1966. The highlights of the 2018 events include even more special areas for families as children are the main focus of this year’s London Carnival. What’s wonderful about Notting Hill Carnival is that you truly feel the hard work that the local community brings to the streets of London. 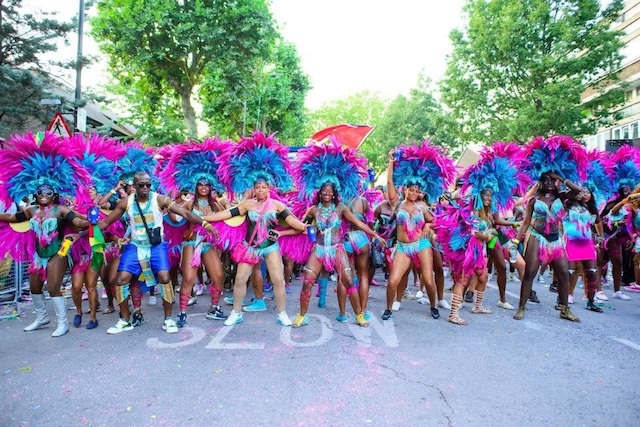 Of course we got to taste typical Caribbean Carnival  drinks and nibbles as well as Carnival food such as Doubles (tortilla wraps filled with beans and hot sauces) and sugar cane drinks with and without rum (made with a mix of sugar cane, Ugandan ginger and lime, super refreshing and delicious) as well as a special Notting Hill Carnival rum cocktail. 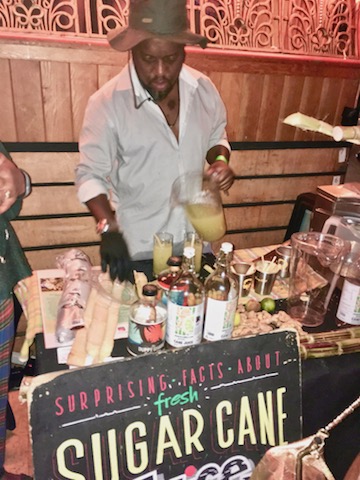 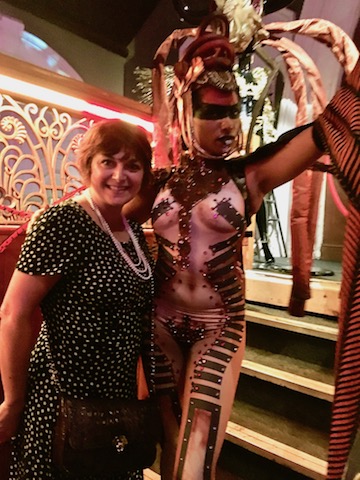 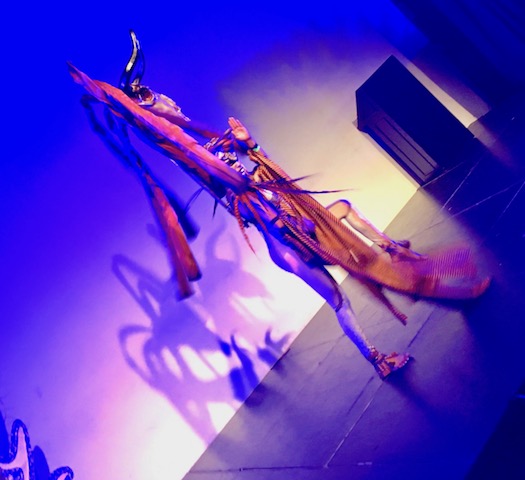 Its history can be traced back to the Sixties and was organised by the community as a free street event in 1966 to symbolise the freedom of expression.
The new organisers Carnival Village Trust’s subsidiary, Notting Hill Carnival Ltd (NHCL) have been confirmed as the official organisers of the Notting Hill Carnival 2018. They have vowed to safeguard the future of the event by making it the most “successful, safe and spectacular carnival” to date. 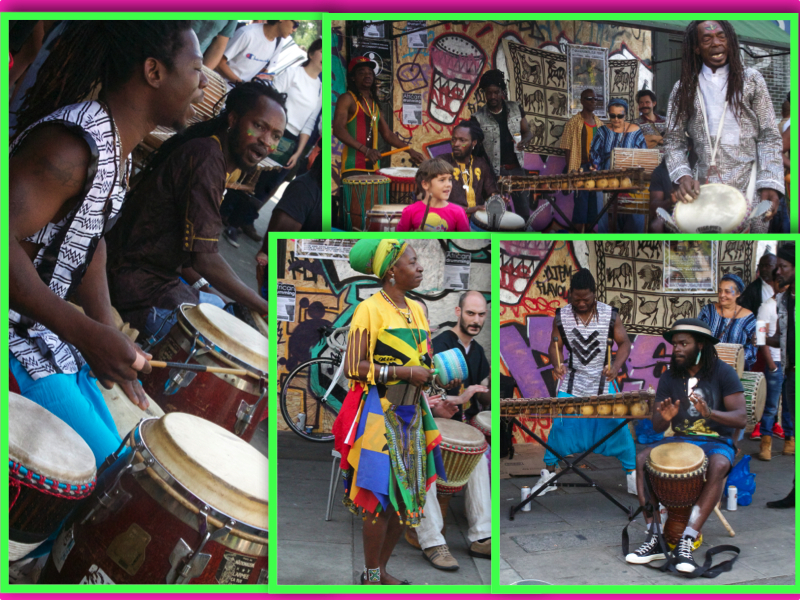 As part of their commitment, they have built a brand new website www.NHCarnival.org and have set as their main priority the integration of children and young people within the Carnival to reinvigorate and celebrate the carnival’s rich heritage. There should be more dedicated areas and activities for kids. Children’s Day, which has traditionally taken place on the Sunday with special participation for children and more,  will see an increase in the participation of children’s bands and more family friendly options. 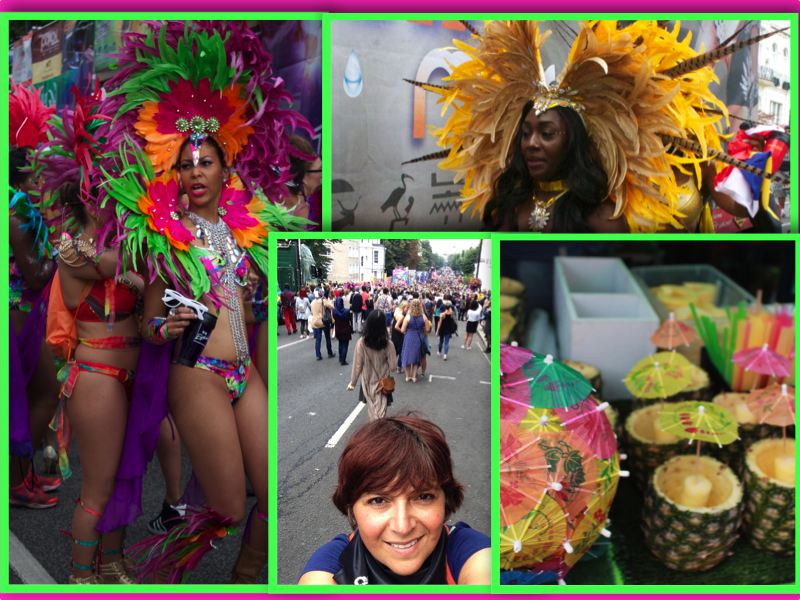 They want to change the face of Carnival and make it more welcoming. A commitment to train a substantial number of local stewards is also central to the plan, handing ownership of Carnival to the community, allowing the police to step back and providing Carnival goers with the best local knowledge.  Each community within the carnival’s footprint will provide stewards for their area, with steward training to a NVQ and SIA standard offered – the qualification providing employment opportunities beyond Carnival. There will be stricter enforcement of parade rules to ensure that all bands are constantly moving, resulting in an equal opportunity for all participants to be judged as well as keeping the parade flowing and timely.

The core team have been involved in Carnival for over 40 years, with the Carnival Village Trust organising and hosting Carnival arts events and classes for over 11 years including Moko Jumbie stilt walking, Mas-making, Carnival Make-Up, steel pan lessons as well as tea and cake mornings for local seniors at the both The Tabernacle and YAA Centre.

Notting Hill Carnival is an all inclusive celebration of Caribbean culture and symbolises the effect the Windrush generation and larger local community has had on Britain. These people are its heartbeat and not only laid the foundations of Carnival, but also the wider community groups that are now a vital part of Notting Hill.

A bit of background on the origins of Notting Hill Carnival

Claudia Jones, a Trinidadian human rights activist based in London, put on a BBC broadcasted indoor ‘Caribbean Carnival’ at St Pancras Town Hall back in 1959. She is widely credited with planting the seeds for carnival in the UK by doing so. With the blueprint set, an appetite for the indoor Caribbean carnival was fed by the likes of Trinidadian husband and wife booking agents Edric and Pearl Connor who along with others including The West Indian Gazette were promoting the indoor events in halls dotted around London well into the 1960s. It wasn’t until 1966, when the first outdoor festival took place in the streets of Notting Hill. A local resident and Social Worker Rhaune Laslett (a Londoner of Native American and Russian descent), organised an event for local children. A community activist with a history of easing racial tension in the area since the race riots of the 1950s, she set out to include the local West Indian residents in her event. She invited well-known pan player Russell Henderson, who was joined by his pan band members Sterling Betancourt, Vernon ‘Fellows’ Williams, Fitzroy Coleman and Ralph Cherry. The band was already popular amongst the Caribbean community as they were regulars at the indoor carnival events, and so as Laslett had intended, many local Caribbean residents did in fact attend, and her vision of an outdoor multi-cultural community celebration was a huge success. It saw Henderson’s steelband weave its way through Portobello Road, as a trail of locals spontaneously gathered and danced in the street to the sound of pan. The first Notting Hill Carnival was born.

Today Notting Hill Carnival is still proudly a very community-lead event, however its ever-increasing popularity over the last 5 decades has seen it swell to become the wonderfully diverse and vibrant event it is today. With over a million expected over the August bank holiday, it’s second only to Brazil’s Rio carnival in size. And whilst Notting Hill Carnival is well-rooted in Caribbean culture and its Windrush generation influence is strongly evident, it is at the same time uniquely ‘London’….. Todays London. It’s the only large carnival in the world to feature static sound systems that were introduced in 1973 by promoter Leslie Palmer. That contribution from Jamaican culture now sees approx 38 sound systems playing every genre of music from reggae to house, from blues to afro-beats and almost everything in between, with world renowned DJs and the likes of Stormzy and Wiley taking to the mic. There are live stage performances too, with the first organised by Wilf Walker in 1979 when the line-up was predominantly reggae and punk. The live stages have given us performances from emerging talent like Aswad and Eddie Grant who both went on to become two of the UK’s biggest musical exports to the likes of hip hop’s legendary Jay Z, Lil’ Kim and Busta Rhymes all hitting an NHC stage the same year. Carnival attracts, and appeals to, people from all over the world, from small children to the elderly. It evokes passion and joy and means different things to different people…. But one thing that it definitely means to all is UNITY. 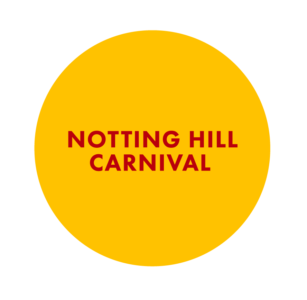 Updated info can be found also on the social media platforms:

Notting Hill Carnival Highlights and why I love Londoners so much

The latest London Mums Summer magazine is out now!

This entry was posted on Sunday, July 22nd, 2018 at 11:16 am and is filed under Attractions. You can follow any responses to this entry through the RSS 2.0 feed. Both comments and pings are currently closed.