New Music interview! If Wen: Music to tune out of the mainstream

I met If Wen at Barnes Green last summer. He was playing his guitar singing understated and introspective folk tunes that resonated with me. Simply beautiful. It goes to show that you only need a guitar when the songs are good. If Wen is the artistic name he wants to be known with.

In my interview I tried to find out more about this mysteriously charming and poetic London singer songwriter who shuns publicity and records in the wilds of West Penwith in Cornwall. His first album was about love and rejection. The songs that are coming together for his second seem to be about survival and resilience. 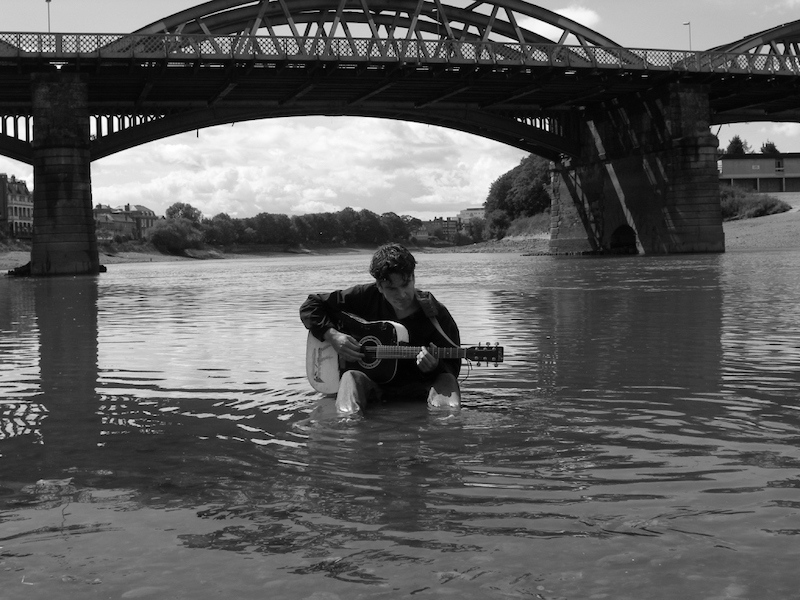 Q: On your website’s profile, you say that If Wen is ‘a secretive singer songwriter who shuns publicity and records in the wilds of West Penwith in Cornwall’? Why secretive? And why Cornwall?

IW: I find I am quite sensitive to my surroundings and company. When I perform live I can easily be distracted, and I have tried recording in studios but never felt comfortable. I prefer taking a recording device somewhere remote and sitting with a guitar until I feel the right moment. The first album “Take a Look at the Sea” was recorded in a converted barn on a hill above Pendeen. It was so quiet I worked with the windows open and the birds singing along for company. The recordings for the second album have been in a house overlooking the bay at Sennen, in a cabin by the moor near Ding Dong mine, and at an artists retreat called Brisons Veor by the sea at Cape Cornwall. I find that the wildness of a gale, and rainbows that come so close you could almost touch them, bring out a creative flow. I think because my gran and mum lived in that county I learned as a boy how to find music in the wind and the seas. As regards the word secretive, I am pretty shy and for years I only performed live under the name of Sid. But now I am happy to be known as If Wen, and that also hides my birth name, which is how I prefer it. The name “If” comes from a nickname and the “Wen” is from the celtic for lower land. So it’s If of the lower land, which for me would be the beach.

Q: What inspires your music?

IW: Well it’s full of references to the rhythm of the sea and winds and how they fit with the changeability of human passions.  Let’s say I have been through a few gales but biting rain can wash away tears, and a cloud can move off leaving the sun’s rays to warm a battered heart. The song ‘Take a Look at the Sea’ came to me one calm evening at sunset as I sat leaning against a rock. I can’t tell you where because the surfer who told about the beach insisted I should always keep it quiet, and it still is, quiet that is, apart from the music of the waves. 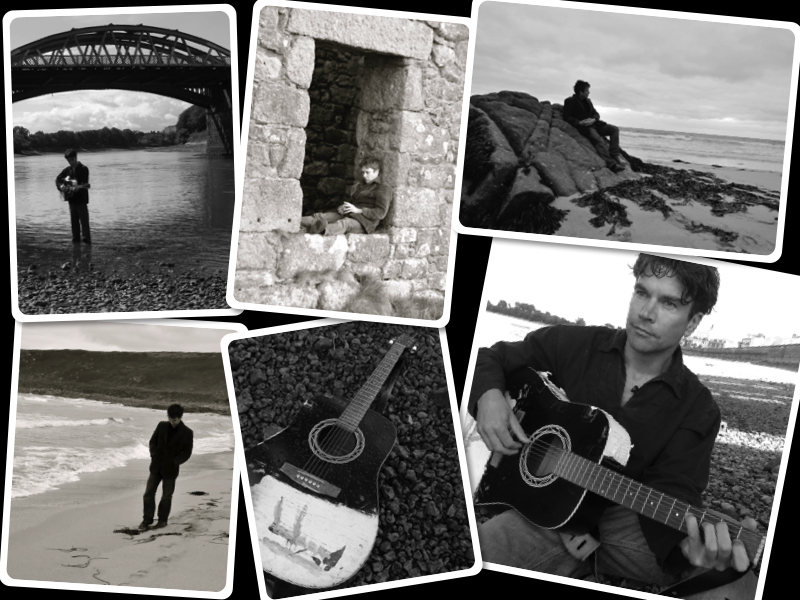 Q: How are your songs born? Please give me an example…

IW: They just pop into my mind and never when I want them to. I can go for years with nothing and then the lyrics and a tune arrive. I also find they have hidden meanings which make more sense later. The song Nothing Means Nothing appeared as I lay in the grass. It seems to be more relevant now than ever. The lyrics for Eclipse Has Gone came after I slept in a field by the village of Zennor where I watched a cloudy eclipse a few years earlier. I now realise it’s all about moving on because once an eclipse is over the sun seems more beautiful than ever.

Q: You say that your songs are introspective and understated. Do they reflect your personality?

IW: Well I do prefer hiding away somewhere quiet rather than mixing in boisterous company. I used to try to make myself heard but always found it pretty exhausting. I guess its the same with the songs. They seem to whisper rather than shout. And mellow is one of my favourite words.  If they get close to mellow then I get a warm feeling.

Q: How important is music for you?

IW: I taught myself guitar after spending my first wage packets buying one. I took a guitar with me when I walked the coast path. And even when I leave it behind the music is still there in the sound of the wind in the trees, and in the song of a seal on a rock. I heard one singing away at the foot of a cliff on the Lizard.

IW: Just wait and listen for what comes to you. For me the good ones arrive without any effort, and I thank the Good Lord every time. They genuinely feel like gifts and I am very grateful.

Q: You often play in the Barnes area where you live. How can local communities come together through music?

IW: I have a dream that one day all local councils might mark off performance spots in high streets and open spaces, so musicians, songwriters, poets and artists can meet up and perform whenever the weather is good. I sometimes play by myself sitting by the river or in Richmond Park but bye laws might be broken if an audience ever gathered. It would be great if the authorities encouraged more outdoor performances.

Q: Where are you up to next?

IW: I am finishing the second album and I still have a new song to record, called “Quarry Train.” It came to me as I walked along the coast path into Newlyn. When I was a boy I loved watching a little yellow train carrying quarry stone to the ships waiting in Newlyn harbour. But now the quarry train, the railway tracks and the quarry have gone. The song is about how the world is changing and how we have to keep walking the path because the waves never stop rolling in. I am looking forward to recording it somewhere quiet where the butterflies are pretty.

This entry was posted on Friday, April 15th, 2022 at 11:10 am and is filed under Attractions. You can follow any responses to this entry through the RSS 2.0 feed. Both comments and pings are currently closed.