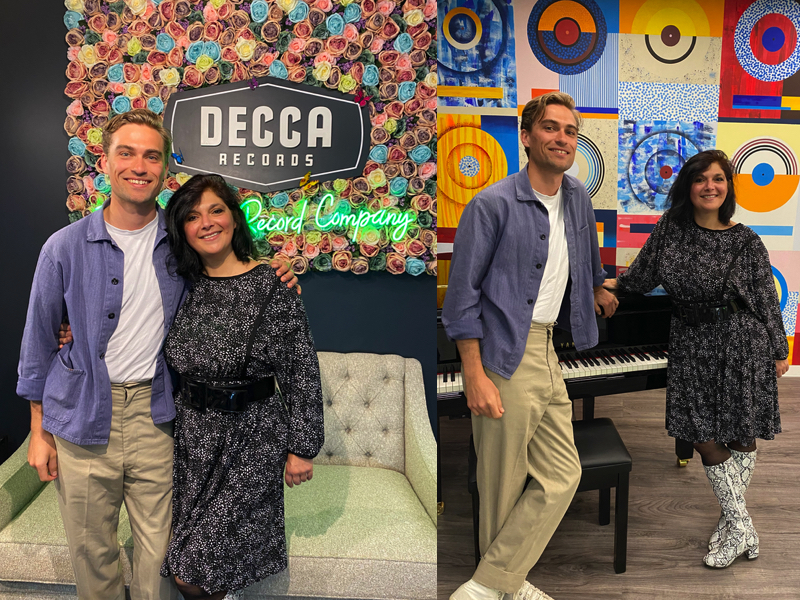 When did you start composing your songs?

Rhys: At 13, without realising it, I was writing songs, because I was in band with my older brother and we would play gigs and write music together. Both my brothers are musical, so we’d always just be playing. Tom played keyboard and saxophone. George (my twin brother) played drums. We were a little family band for a while.

What music did you make?

Rhys: Weirdly, it was more soul funk, because we were listening to lots of old music that I guess our parents had gotten us into, like Stevie Wonder, Marvin Gaye, Al Green, The Temptations. In a way, we were building our repertoire of songs as a cover band to play at weddings and birthdays. We were listening to all classic music that you’d want to get up and dance to. They’re so well written songs. When you’re learning that, and then you start writing your own, you’ve got that language musically in your fingertips and in your voice to try and use. It was very much imitation when we were first writing a riff or a song that sounded like one of those songs, but it was good fun. 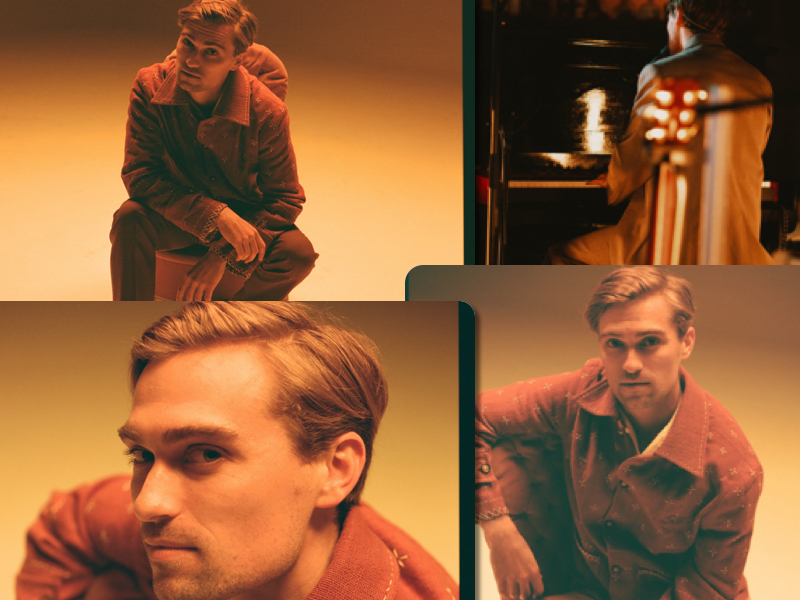 Has any of that early composition been incorporated in your new songs?

Rhys: Not intentionally, but some of the earlier songs had that soulful edge to it, because that’s where I first found my voice. It made sense to use some of that flavour in my music.

What’s the inspiration behind the lyrics?
Rhys: When I first started writing songs, I didn’t really have much life experience or much emotional history to draw from. I did lots of different kinds of writing and the artists who mostly inspired me were a lyrically driven like Carole King, James Taylor and Bill Withers, who almost spoke to you when they sang. And Simon and Garfunkel, the story they can tell and the way they can tell it. The first song I wrote was No Right to Love you. It came from just going through a breakup, a really difficult one to get through for the first time. And that was when I realised that not only was song-writing an amazing creative outlet, but it was also a great emotional outlet for me. I had to literally go away and write that song, because I felt I needed to get it out of me and say it. That song started as a conversation I had with a friend. I had literally said the chorus word by word. Then I thought that would be something I could really pour emotions into.

I have also written songs that have not come from life experience. Most of my songs have come from the seed of an idea, which is born from an emotion. Other times the starting point is a fully formed tree. The Beatles as songwriters, for example, are constantly chasing a feeling. I was so impressed by Paul McCartney’s instincts for a feeling, because he can see the idea. In song-writing you have to be really good about seeing into the future, because you’ve got to almost imagine the song already exists.

You’re only 31 but you have the same depth of an experienced musicians and that is really unique about you. Hold Onto Happiness is a mature song that really resonates with me. Why do you record your music using analog tape?

Rhys: When I met a keyboard player called Aidan Glover, we realised we shared the same musical taste, interest and passion. So, when we decided to write songs together, we met in his studio, and he’d set it up as an all analog tape in a very unassuming place. It was more a live session and we wrote Better Than Today together. We recorded it to tape because it is a really high-fidelity way of capturing the sound. The process is very limiting in a really creative way but the infinite space of a computer means you almost have option paralysis. I was finding the process of recording music quite anxiety inducing, because almost you can make things perfect in a computer.

When we started recording, I realised that there was an excitement to performing on tape because you have to capture a moment and an energy that we weren’t going to touch or change. We’d do a take and it was done. I felt really inspired by that process. If you don’t do a take well enough, you do it again and you don’t edit it. You do it until it feels right and it sounds good.

On the other hand, when you are looking at a computer screen, you don’t realise how much you’re judging your music based on what it looks like. Whereas with a tape machine, you are using your ears completely. You’re not looking at a screen. You’re not judging whether it’s perfect or whether it sits well or on the beat. You’re judging it based on a human instinct for music, not a human instinct for perfection. I feel like it’s a musical process that almost puts the emotion and energy at the forefront of what you’re trying to capture. I hope it stands the test of time because of how we recorded it.

Monica: What’s the song in your repertoire that you feel the most and maybe it’s closer to your heart?
Rhys: I am proud of The Sun Will Rise, because I feel very connected to it, having written it during lockdown. We wrote it more as a hymn for the here and now because we were all feeling slightly depressed by the way the world was going into lockdown and falling apart and shutting down. We wrote that song in a short space of time and it was just like we captured a moment. It was also written with Aidan. He had chords and I put this melody. That song will always have some humanity in it because of where we were when we wrote it. There was enough emotion and heart and spirit to that song that it’s not a love song where I’m over it. Something like No Right to Love You was about a specific breakup. Even though other people can hear it and get something from it, I’ve moved on. Whereas something like The Sun Will Rise, whenever I hear it gives me the same feeling of hope that I had when I wrote it. I hope that because of how much we put into it, it will always feel relevant to a moment in our culture. I feel really proud that I’ve been able to capture a sentiment for myself that hopefully will stand the test of time.

If you could choose one musician or singer to do a duet in the future, who would you pick?

Rhys: I’ve always been a fan of Lianne La Havas, who has such an authentic voice that it’d be amazing to duet with her. The lyricism in her voice and her melodies are just spellbinding. We could write a song together. That’d be the dream. She’s an great artist. Put it in the ether, see what comes.

Rhys Lewis’ single ‘Alone’ is out now via Decca Records.

This interview can be downloaded as a PDF from the London Mums magazine issue 36 – Summer-Autumn 2022 here. 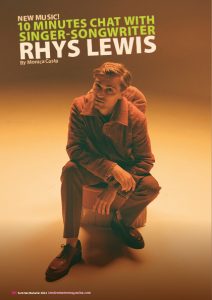 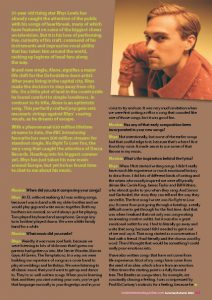 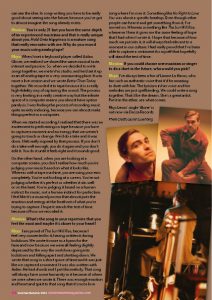 Tags:  music new music
This entry was posted on Tuesday, July 12th, 2022 at 10:19 am and is filed under Attractions. You can follow any responses to this entry through the RSS 2.0 feed. You can skip to the end and leave a response. Pinging is currently not allowed.