New London Attraction! What to expect from Kidzania at Westfield London

It is difficult to explain what Kidzania is but in a strapline I would say that it is the first school of life for children, their very first experience of what it means working to earn money and get through modern life without relying on parents. 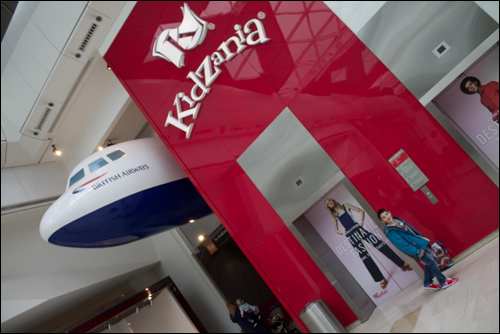 As soon as you arrive at Kidzania’s entrance at Westfield London (Sheperd’s Bush new station is near by), children go through check in as they would do at the airport. British Airport is one of the biggest sponsors so the location is branded and looks like an airport lounge. 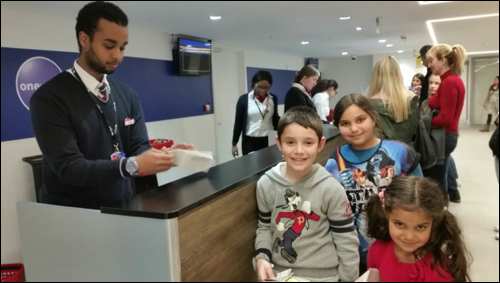 I took my 9 year old son Diego along with his 9 year old friend Amelie and 5 year old sister Lilly. For both Diego and Amelie the experience was very fruitful and useful to understand what it means to earn money and the value of things. They both embarked in series of activities and the four hours allocation was not too much after all. 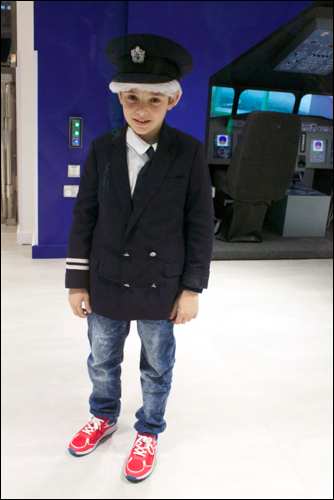 Diego went on to learn how to become a pilot – he was fully dressed as a pilot and paid his first Kidzos for a brief course in flying with the aid of a cutting edge simulator. 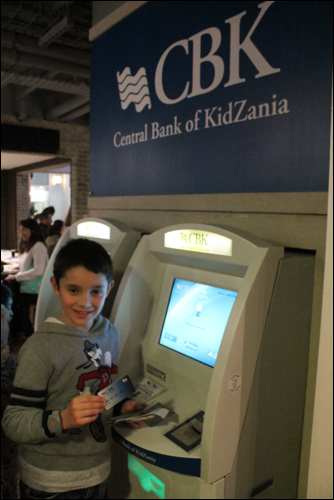 He then learnt how to make ice cream in a small scale factory but then felt the need to earn proper money and became a delivery boy, then an air conditioning technicians which were little jobs that paid him good cash. He made so much money that he was offered a Kidzania credit card. He learnt how to use his card to get cash from the machines and go to the Kidzania bank to put more money in his card.

Amelie instead went on a painting course before deciding she wanted to become a newsreader at Al-Jazeera TV network. 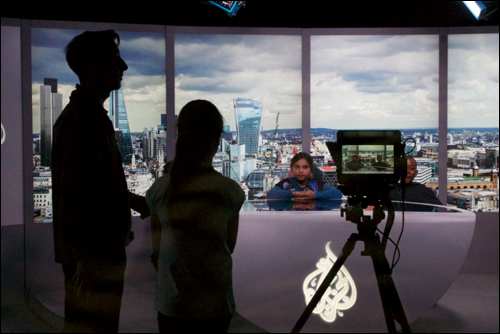 That was actually a great experience. I was in the room when she learnt how to read the news in a confident way and deliver news using broadcast media. This encouraged her to explore more journalistic professions and she went to work at Kidzania’s newspaper for a while.

5 year old Lilly learnt how to shop at the supermarket and how to make chocolate sweets. 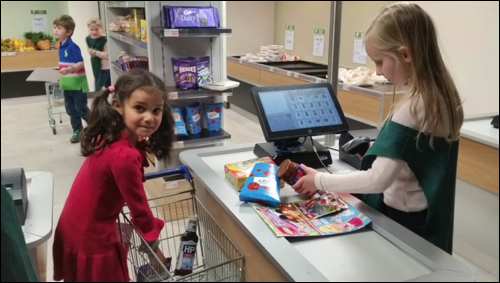 She was accompanied by her mum Laura who seemed to enjoy herself more than her daughter. For a 5 year old it is probably too soon to make the most of the whole Kidzania’s experience. But Lilly understood the value of money when she ended up at the shop – strictly reserved to kids – where she could not buy much because she did not earn enough Kidzos with her work.

Watch the kids’ first reactions while still at Kidzania – they are so overwhelmed! Hilarious and sweet!

While we were wandering around looking for our working children, firefighters trucks and ambulances were driving in the streets along with paramedics and doctors. It all looked real for the ultimate make-believe game. Priceless! 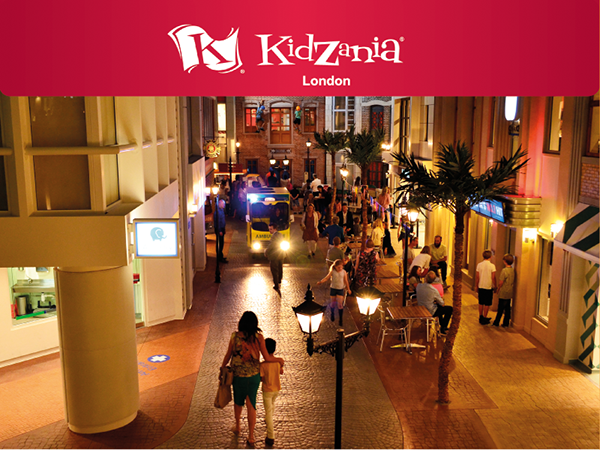 I would highly recommend this attraction to parents of children in the age group 8 to 12. This is the ideal age when they want to learn what work is all about and also explore what they would like to do when they grow up. If you are worried to loose your kids while they run from one activity to the next, don’t worry as there are computer platforms that register all children’s movements through a wristband they get at registration. I enjoyed locating Diego through his errands and at the end of the day he thought I performed witchcraft because I knew all the places where he had been.

KidZania is great to broaden horizons so that our children can explore, aspire and begin to write their own narrative of the possible. Through role-play children will instinctively grasp that learning is tangible and its outcomes have a purpose and a reality, that it answers ‘why’ questions and that it can be unending fun!

As parents running around this fantastic kiddies city where kids are in charge, we left wanting to try it for ourselves (without the kids) and exploring what other professions might be suitable for us if we are still wondering what we would like to do as a grown-up.

This entry was posted on Tuesday, May 17th, 2016 at 1:10 pm and is filed under Attractions. You can follow any responses to this entry through the RSS 2.0 feed. Both comments and pings are currently closed.