Sunbirds is a new kid in town but with deep roots into a successful career as The Beautiful South. Dave Hemingway tells me all about it ahead of the Sunbird’ first London gig this Monday 18thOctober at Water Rats. 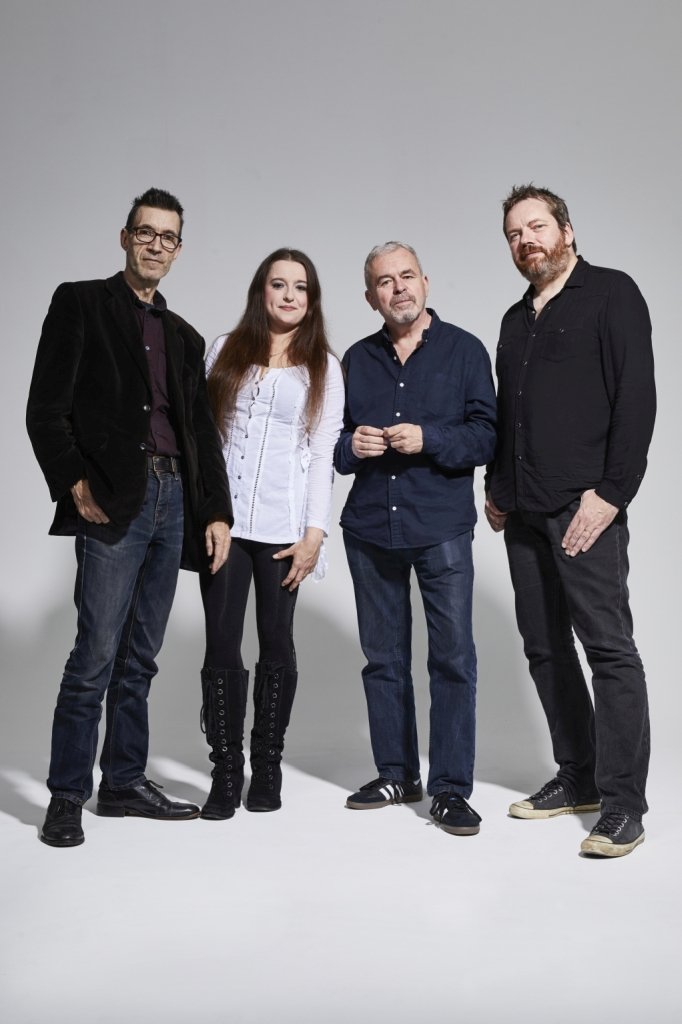 Having retired from the live scene at the back end of 2016, Dave has been keeping busy together with erstwhile South colleague, guitarist/songwriter Phil Barton, new discovery singer/violinist Laura Wilcockson and drummer Marc Parnell.

‘Cool To Be Kind’ was released in November 2020, on the independent label Nectar Records signalling the arrival of Sunbirds with new songs and a new sound. 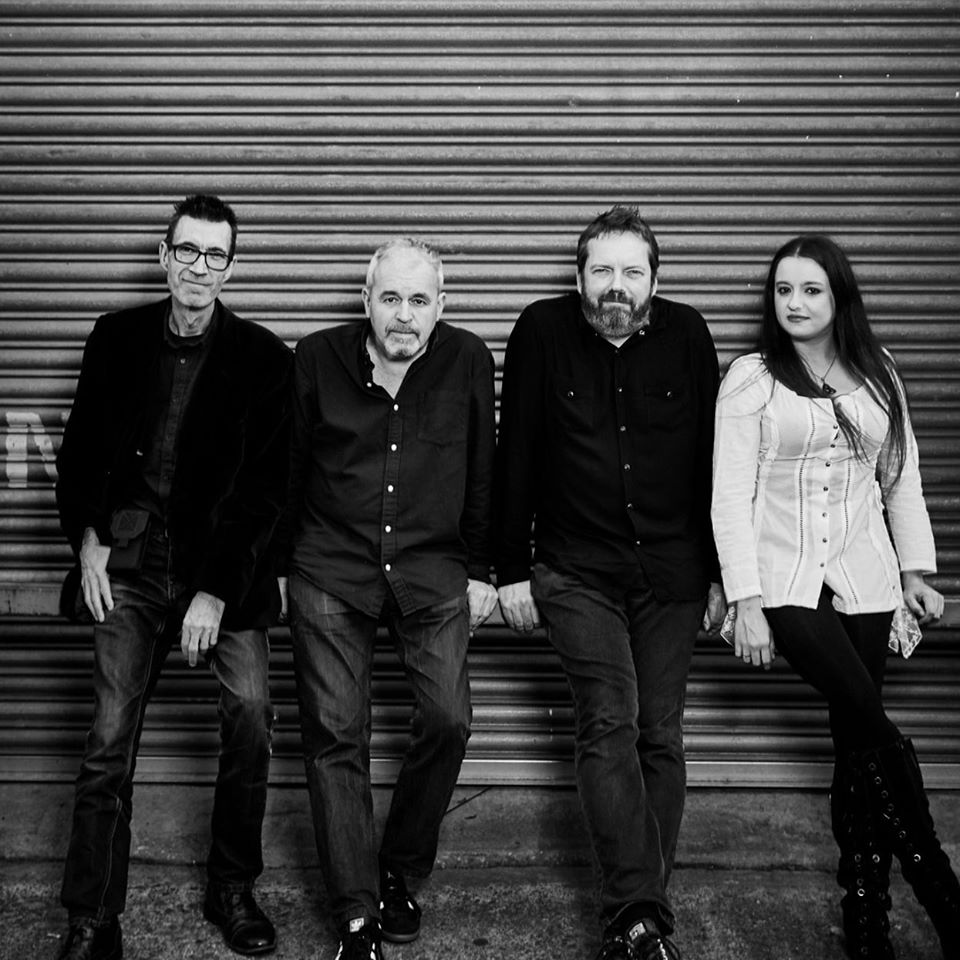 Although born and bred in England, the band’s sound predominantly features the instrumentation of traditional American roots music combined with the occasional outburst of guitar heavy melody more associated with Seattle in the late 80’s/early 90’s.

However, you can only sing about what you know.

“Although a lot of the songs have an Americana feel” says Dave “they’re still about life in England. You’re going to feel a bit daft singing about pick-up trucks and low down honky-tonks when you live in Yorkshire.”

‘Cool To Be Kind’ is the result of a few transitional years in Dave and Phil’s individual personal worlds. It tells tales that cover contemporary themes as well as age-old matters of the heart and soul – all viewed through the bottom of a recently drained pint glass.

“Now we’re Sunbirds we’re free to dig a little deeper into ourselves”, says Phil “having said that, there’s no exact science here, we’re just enjoying ourselves and expressing whatever we want whether it’s about love, longing, depression or Gary Lineker’s crisp adverts”. 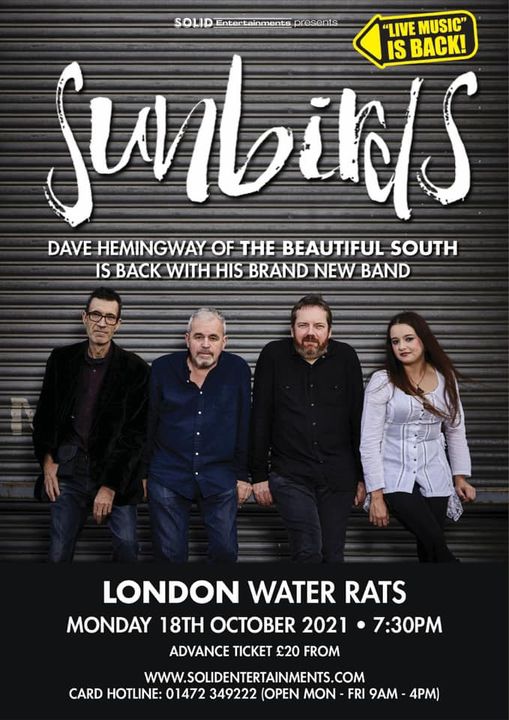 How has lockdown been for you and what’s your daily routine?

Pretty stressful, I don’t do social media or computer meet-ups, so have tended to read a lot and hope things improve soon, but if it must be said the Government have been totally incompetent in the way they’ve handled it.  Cummings and crew trot out three-words mantras and treat people like total fools.  Unfortunately a lot of them are.

Did you panic buy and what do you miss doing and has social isolation caused any personality changes?

Stocked up on wine if anything.  I miss going out, but luckily I don’t have much of a personality to change.

Tell us about your new album ‘Cool To Be Kind’ and how would you describe your new material?

The new album (our debut album) is a collection of original songs inspired by quite a few styles which have been personal favourites over the years.  Indie, Country etc and could maybe been called ‘Americana’, except that we don’t live in America.  So it has that feel, but songs about subjects closer to home.  Hopefully people will know what we mean…

How do Sunbirds compare to The Beautiful South?

Obviously, it’s been a long time since TBS finished, 13 years in fact.  Sunbirds have their own direction, different and diverse band members and comparisons are pointless. Hopefully we can create our own musical niche with good songs and we look forward to having a new audience to hear them.

Do you have a song on the album that means more than the others and for what reason?

‘Stars Still Shine’ is a song which resonates with me because of the situation I currently find myself in.  I’ll leave it at that, I’ll get me coat.

What are you most proud of so far in your career and what is your career highlight to date?

I’ve been very fortunate to have quite a few highlights in music, getting on Top of the Pops for the first time was great.   Having a No1 single and album was brilliant as well. As for live gigs, playing the main stage at Glastonbury would take some beating.  As I said, very fortunate.

What music do you listen to at home and are there any particular band or albums you’re into at the moment?

There’s no one in particular I’m listening to more than others at the moment, but I just love listening to most music out there.  Sounds like a cop-out, but it’s true.

What’s the most rock’n’roll thing you’ve ever done?

There were quite a few shenanigans back in the day.  Suffice to say it was most providential that mobile phones and camera weren’t about at that time…Us and Led Zeppelin eh?

How different is the music scene in this modern digital era we now live in?

I must admit to being a bit (a lot) of a technophobe when it comes to music in the digital era.  The band are trying hard to drag me kicking and screaming into the 21st century!

Do you have plans to perform live at some point and what do you hope audiences will take away from your shows?

There are of course plans to play live gigs as soon as it becomes possible with the current situation.  It will be exciting to play the new songs and hopefully people will have a listen and importantly have a good time.

What are your plans for the future?

Musical world domination.  Failing that, getting played on Radio 2.

Sunbirds ‘Cool To Be Kind’ album is available now on Spotify, Apple Music, Deezer, Amazon UK & Music and available in all HMV stores as well as via the website – www.sunbirds.co.uk

This entry was posted on Friday, October 15th, 2021 at 3:06 pm and is filed under Attractions. You can follow any responses to this entry through the RSS 2.0 feed. You can skip to the end and leave a response. Pinging is currently not allowed.