Music Interview! Alan Clark talks the DIRE STRAITS LEGACY ahead of their 2022 world – As close as you can get to the Dire Straits!

Like millions of other people around the world I’m a big fan of Dire Straits and I can recall many special moments of my life that have their music as the soundtrack. I am glad Dire Straits Legacy will bring the music of Dire Straits played by musicians who made it around the UK in 2022. The band topped the charts with hits from 79 through to the early 90s that included Sultans of Swing, Romeo & Juliette, Money For Nothing, brothers In Arms & Walk Of Life.. fans can expect to hear these and many more favourites at The Indigo 02, London on 15th January 2022. 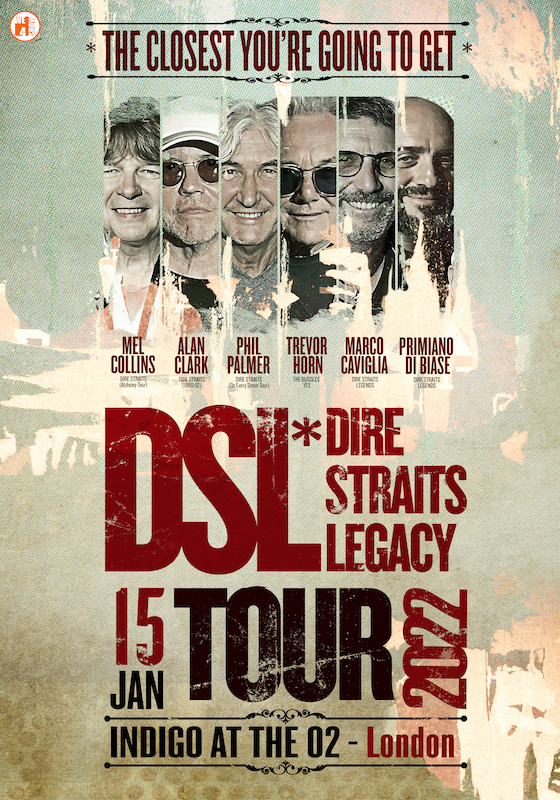 Of course, Dire Straits cannot exist without Mark Knopfler, but Dire Straits Legacy is the next best thing, along with the exciting addition to the band of the hugely successful Bass player Trevor Horn!

To join them is Guitarist Phil Palmer and percussionist Danny Cummings, who played on Dire Straits’ On Every Street record and world tour and the On the Night live record. Sax player Mel Collins featured on Dire Straits’ Love Over Gold, Alchemy and Twisting by the Pool records as well as touring for several years with Dire Straits and he’s currently touring the world with reformed King Crimson. And who can forget Jack Sonni, Dire Straits’ “man in the red coat” dancing around the stage on the Brothers in Arms world tour and Live Aid concert? He’s with Dire Straits Legacy too! Frontman Marco Caviglia is one of the world’s leading authorities on the music of Dire Straits and Mark Knopfler’s guitar style and Primiano Di Biase is one of Italy’s most sought after keyboard players. 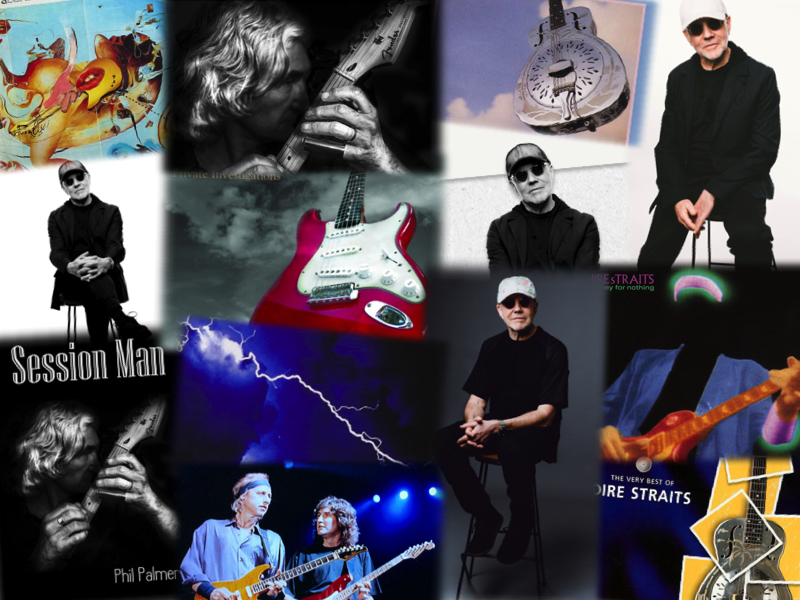 Alan: What we have is a collection of my Dire Straits colleagues. We get together occasionally to play for fun. Dire Straits Legacy was actually created as a fun band.  I’ve spent about 20% of my life as a member of Dire Straits and then when the band stopped playing together in the early 90s, I spent quite a lot of time not playing Dire Straits music and then 10 years ago we put a band together called The Straits at the time for a charity show at the Royal Albert Hall. It was a tremendous success. Then I had the idea of continuing occasionally with my Dire Straits colleagues for fun. Because we were involved in the process back then, we play the songs better than anyone. Of course, we don’t have Mark Knopfler, who was the most important member of Dire Straits, but we have our Italian frontman Marco Caviglia who masters all songs to perfection. He even the different tour versions. It’s incredible. We’ll make a very good noise, I promise you that. We’ll play all the hits and a few other songs from various albums.

Q: What’s your favourite song to perform and why?

Alan: Maybe Private Investigations because is such a great song to play. We often choose to play it as the opening song when we come on stage although it is a bit daring as normally bands play an up-tempo kind of song. PI draws the audience in. There’s an interesting story about that song. People assume that it is about private investigators. But in actual fact, Mark actually told me that it is about the process of writing a song in the dead of night, teasing up the entire song is an intense experience and takes maximum concentration. It is a very clever piece of writing. Most of Mark’s songs have a much deeper meaning than they were initially portrayed.

Q: Which one of your own songs is your favourite?

Alan: It has to be my latest song, which is a piano solo piece. I have a piano solo album called Backstory which came out last week.

Q: Alan, you’ve had such a great music career. You were recently inducted into the Rock and Roll Hall of Fame as a significant member of Dire Straits.

Alan: That award has changed my mantelpiece. When I first heard about the award, I did not take it seriously because it’s more of an American thing. But then I saw that there was a long line of musicians who had received it. So, I bought a very expensive tuxedo and had a lovely weekend in Cleveland, Ohio. I came back with a very heavy trophy.

Alan: I lift it up with one arm, but if I had an intruder, it would make a useful weapon. (Giggles)

Q: Will you be bringing out a new Dire Straits album with new songs?

Alan: We have no desire to bring new Dire Straits songs out but we recently produced an album called “3 Chord Trick” including eleven songs. It’s an album of songs made in the old way – 4 guys in a room at the same time bouncing ideas around to find the optimum solutions for groove, structure, melody, and atmosphere. The way albums used to be made with passion, care and a mysterious and elusive alchemy that defies explanation. Listen to it. Get inside it. Feel what we felt when recording it.

This entry was posted on Saturday, December 11th, 2021 at 11:11 am and is filed under Attractions. You can follow any responses to this entry through the RSS 2.0 feed. You can skip to the end and leave a response. Pinging is currently not allowed.