MORE THAN 10,000 FAMILIES TURN UP TO HYDE PARK ON THE HOTTEST DAY OF THE YEAR FOR THE BEST IN SPORT, COMEDY, KIDS ENTERTAINMENT & MUSIC TO SUIT ALL AGES

No need to say that this Sunday was a very special day in London. For a start it was super hot like never before, the Andy Murray won Wimbledon and Hyde Park was buzzing with families and kids to witness one of the last concerts of both the historical band The Beach Boys (who were competing for the charts in the 60s with the Beatles) and JLS who have announced to split up at the end of the year. 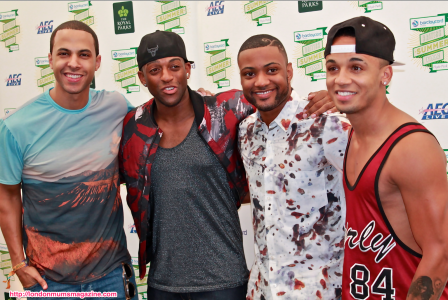 While at the festival on Sunday, it was amazing to see people united and everything came to stand-still to cheer Andy Murray winning the Wimbledon championship, which was streamed live on big screens on site.

The first weekend of events closes on a high, with over 10,000 families enjoying a day of entertainment and sport for all ages that was offered at Barclaycard presents British Summer Time Hyde Park.

The main Great Oak Stage was kicked off with a performance by The Gruffalo, who proved to be the crowd’s favourite both on the main stage and the Barclaycard Unwind Theatre.

Other acts that performed during the blazing afternoon included Horrible Histories, Brainiac and Got To Dance featuring Kimberley Wyatt.

The outdoor cinema, which showed the Wimbledon final will now be used for the FREE Sky Movies Screen in association with Disney from Monday 8th – Thursday 11th.

The Barclaycard Unwind Theatre, The Village Hall and the Bandstand presented a host of acts such as Dionne Broomfield with special surprise guest Fugitive, Loveable Rogues, Tich and The Overtones. Whilst The Sony Stage hosted The Avalon Comedy Players.

Headline acts were the Saturdays and despite the heat, a heavily pregnant Frankie joined in all of the dance routines. The Beach Boys and JLS wowed the fans in the final segment of the evening with beach balls bouncing around the crowd and pyrotechnics lighting up the stage to bring the first weekend of Barclaycard presents British Summer Time Hyde Park to a spectacular close.

Visit the British Summer Time site for FREE from Monday 8 July – Thursday 11 July and take part in a host of entertainment: Foster’s presentation of Comedy, Sky Movies Screen in association with Disney screenings of new and classic films, M&S Summertime Kitchen with presentations from top chefs, as well as exercise events for those keeping fit. 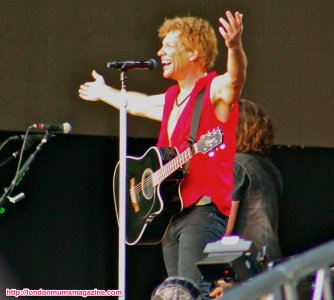 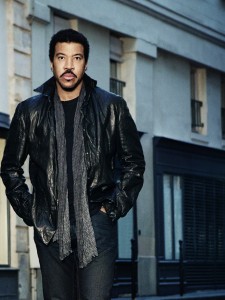 Tickets are available for Elton John on 12 July, Lionel Richie and J-Lo on 14 July and hospitality packages are still available for The Rolling Stones 13 July at www.bst-hydepark.com

Friday night was a spectacular opening of the festival with Bon Jovi hotter than ever before and proud to have ‘warmed up’ the audience as their opening for the Stones.

The Rolling Stones arrived on site on Saturday night amidst a buzz of excitement and rocked the first of their two dates in Hyde Park to a sell-out crowd at Barclaycard presents British Summer Time.

The Rolling Stones came on to fireworks and a montage of footage from their 1969 gig. Two hours of hits included Start Me Up and It’s Only Rock And Roll with encores of You Can’t Always Get What You Want and (I Can’t Get No) Satisfaction whilst the crowd were covered in red flower confetti. But it wasn’t all about the headliners today as five stages of live music boasted the likes of Gary Clark Jr, Drenge, The Temper Trap and the Vaccines who got fans pouring into the Village Hall, Barclaycard Unwind Theatre and the Great Oak Stage. 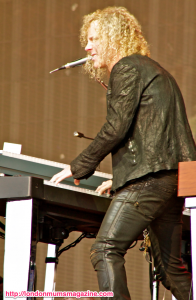 David Bryan from Bon Jovi, who headlined on Friday night, watched the Stones from the front of house tower which is adorned with leaves. All of the artists have their own backstage area filled with deckchairs, sofas, beanbags and were treated to drinks in the shade of the giant oak trees.

This entry was posted on Tuesday, July 9th, 2013 at 8:08 pm and is filed under Attractions. You can follow any responses to this entry through the RSS 2.0 feed. You can leave a response, or trackback from your own site.