Mamma Mia! The Party at the O2 Review of the biggest immersive dining experience in London

I review lots of London attractions, so it is difficult for me to be wowed about anything. But I got indeed super excited when I recently went to the O2 to try a new immersive dining experience called Mamma Mia! The Party produced by Björn Ulvaeus, an original member of the iconic Swedish pop group ABBA, and Ingrid Sutej. I knew it was a dinner with a show but little did I know about the incredible energy and fun vibe that this experience had.
Essentially this unique entertainment and dinner experience puts guests at the heart of the action, with a spectacular show, four-course gourmet Mediterranean meal and an ABBA disco all-in-one. 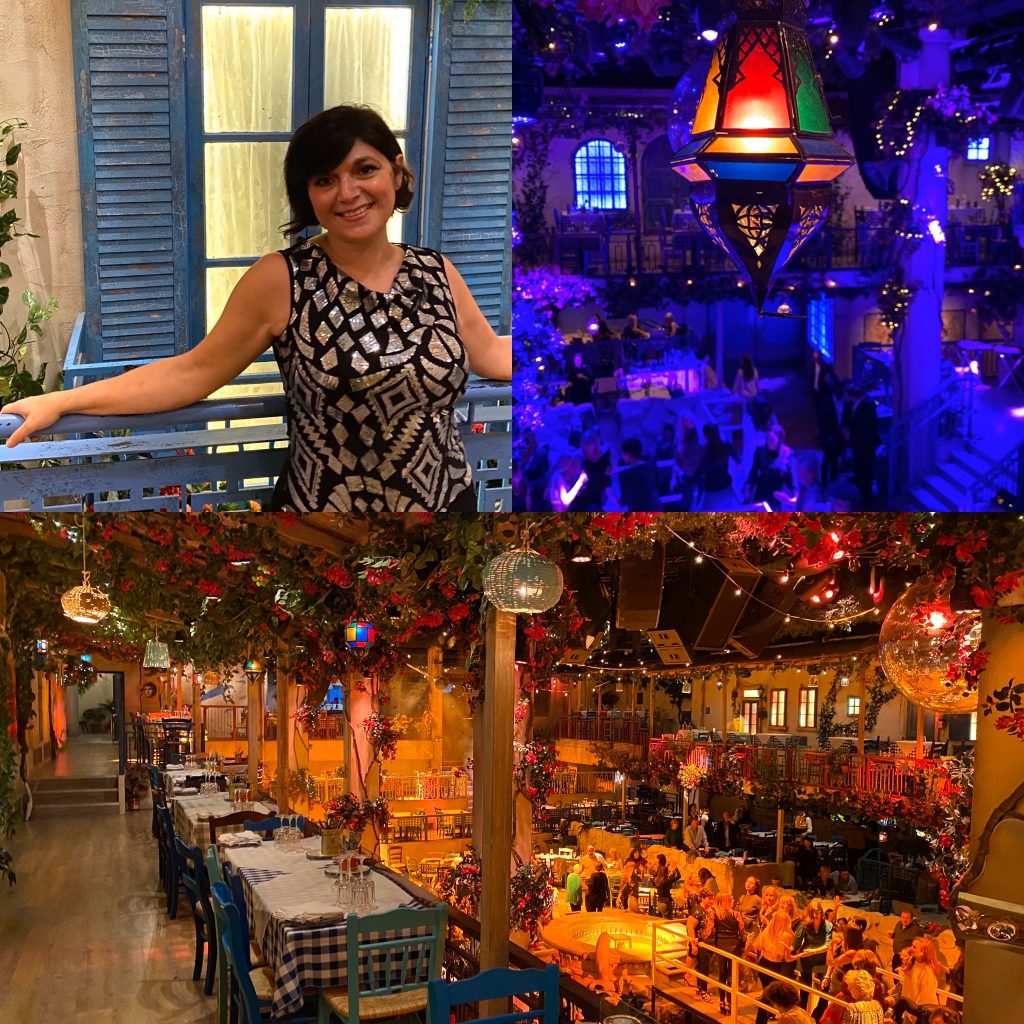 The Greek menu that we were served was lavish and, I’d dare say, the best Greek food I have ever eaten outside of Greece. 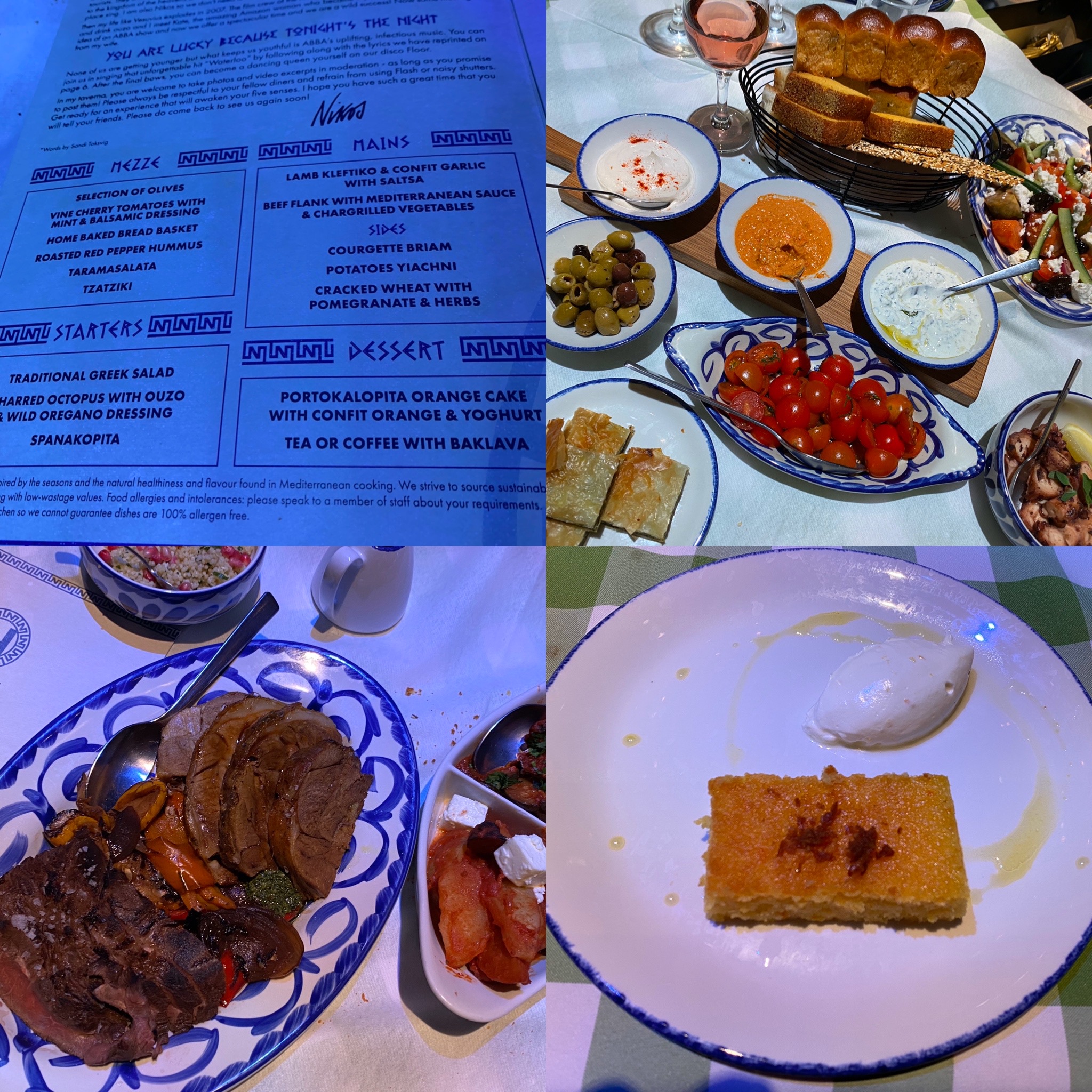 All the food was authentic Greek and freshly prepared. Although there were 400 people in the restaurant, every dish tasted as if it was made with the same care as you would prepare a home meal for a handful of people. It’s quite extraordinary for London and for the huge size of this dining hall. I am Italian and I only like quality food so this came to a positive surprise.

The portions were very big and by the time the main meat-based dish came along, we were quite full and could not finish all the delicious lamb and beef.

Mamma Mia! The Party cannot be labelled as a themed dinner, but neither as an immersive show. You are not simply watching a show, because you are IN it while you are having dinner on the Greek island of Skopelos, where most of the original Mamma Mia film was shot. The attention to detail in making the place look like the real thing is quite remarkable. 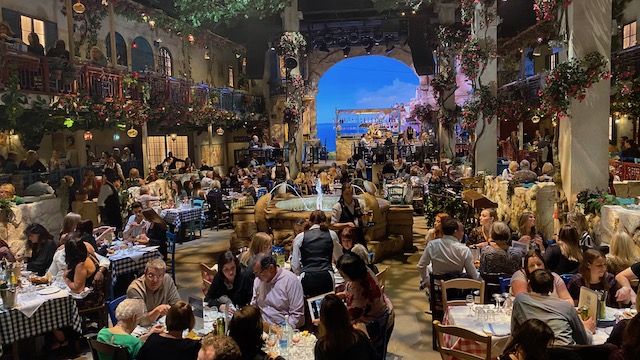 The colours of the decorations and of the actors’ outfits are vibrant to enhance the incredible energy of the performances from upbeat classic ABBA songs to acrobatic routines that resemble the Cirque du Soleil. The story is not the same of the movies but has similarities. It’s been written specifically for this attraction. 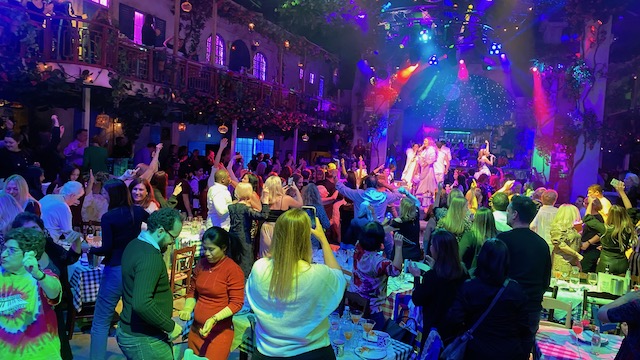 Towards the end, there’s a quite moment and you almost think that it’s all over, but then tables in the middle are cleared and a podium catwalk is set up for the cast to perform the most energetic ABBA songs. When the show is really finished, people can continue dancing as the place turns into a night club that plays only ABBA tunes non stop until 11.30pm. 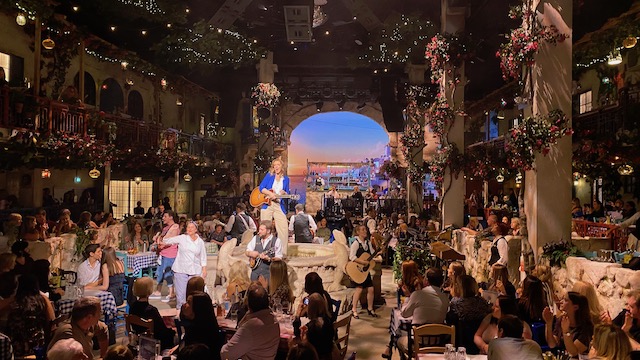 Mamma Mia! The Party is now one of the best attractions in London for grown up people. It is also the best immersive dining experience I have ever tried – and I have already attended a few. Top quality Greek food was accompanied by a well-performed interactive show based on the Mamma Mia movies and songs. I can say that I spent the best four hours at an attraction in London in a very long time. 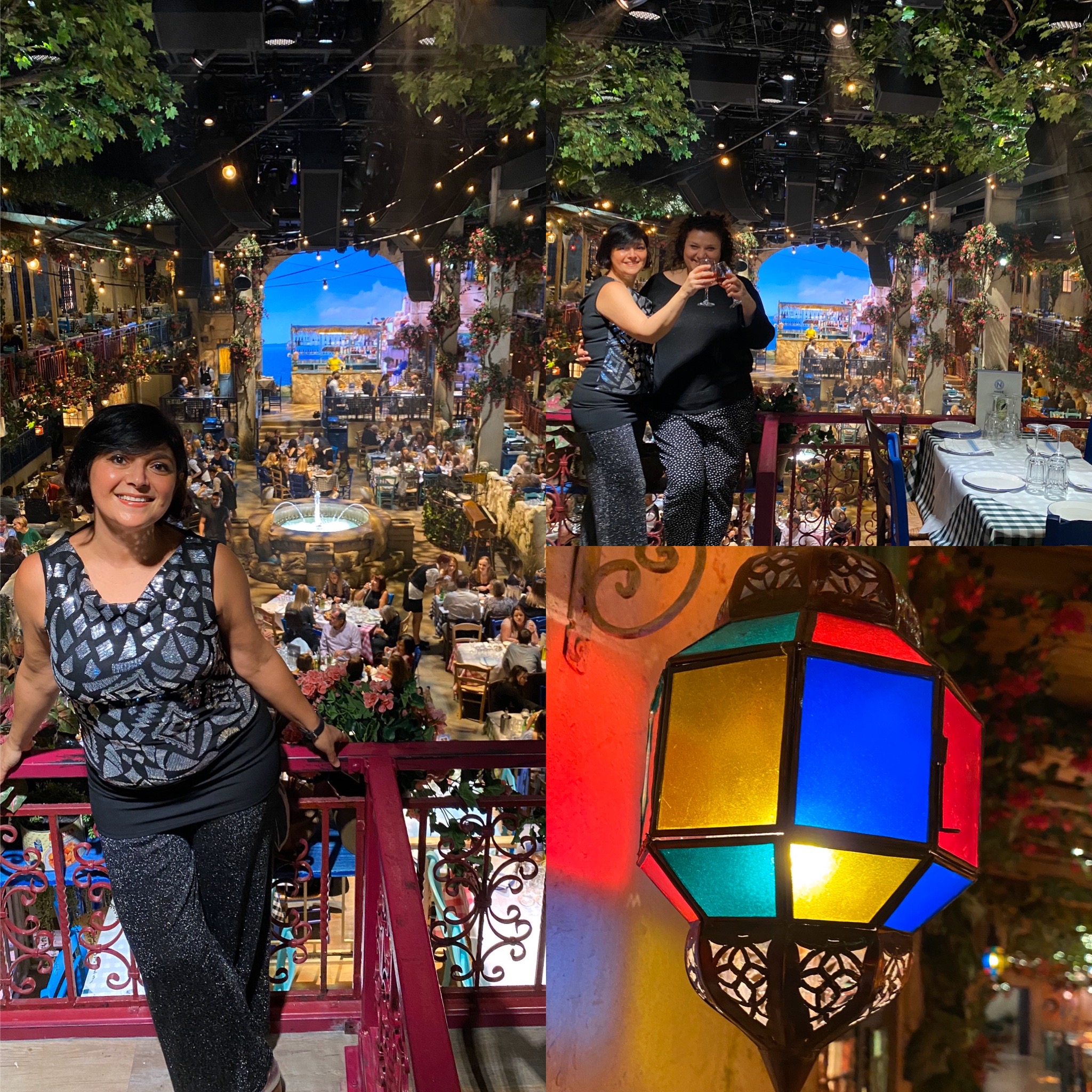 It’s the best place to celebrate a birthday, a hen night or even a stag do. Even if it seems expensive at £120 average price, you soon realise that you get a lot for your money. You need to book early, though, as it is often sold out, especially at weekends. 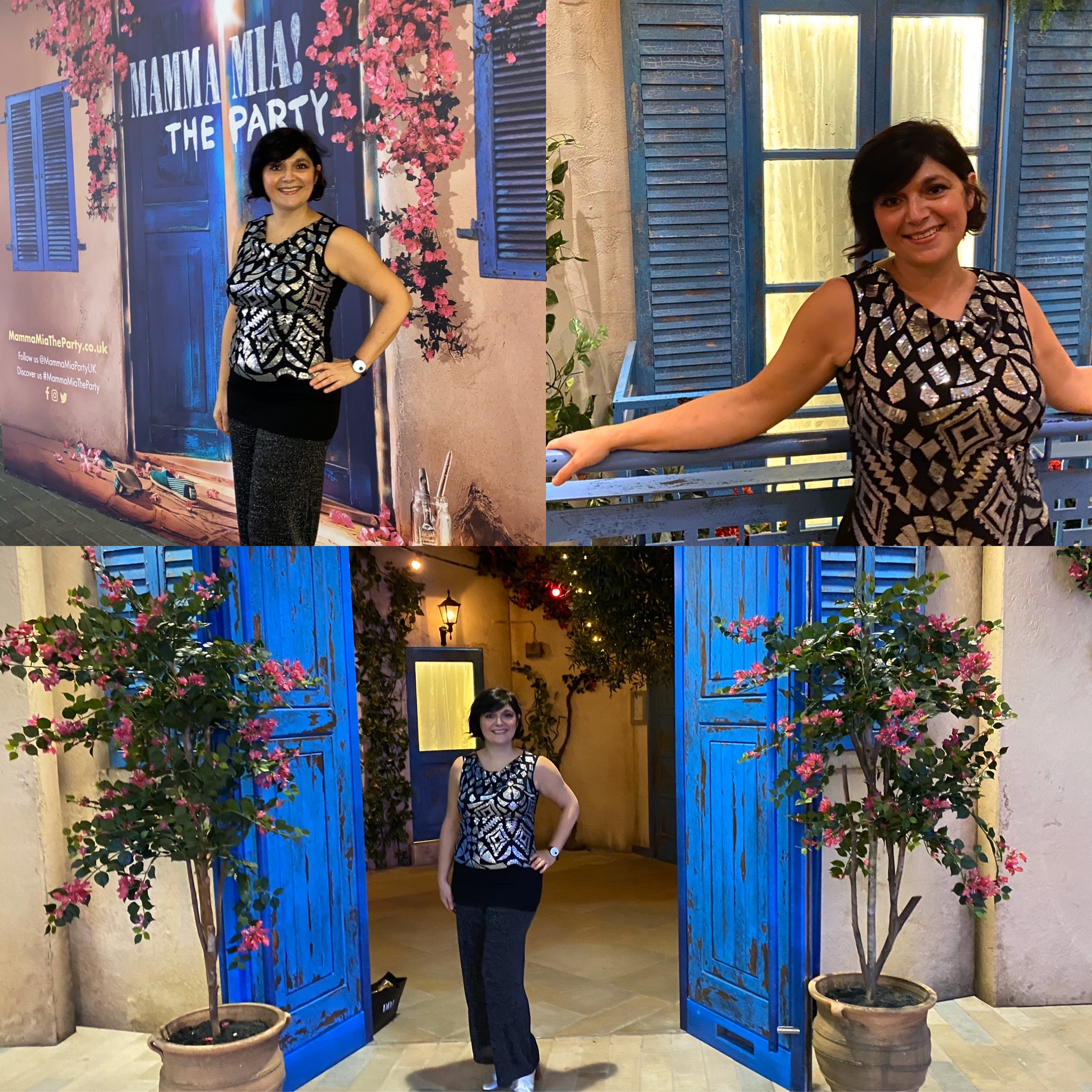 At the end of the party, when I walked out in the O2 corridors I felt so disappointed as if I was thrown back to the future. I could have stayed there partying forever! 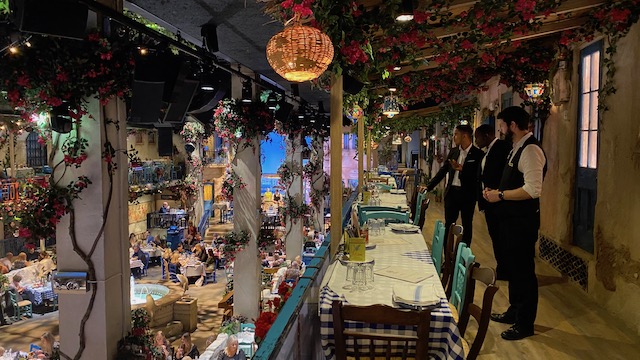 Tickets cost from £115 to £220 per person depending on how close to the action you are but drinks are extra.
Mamma Mia! The Party tickets, available here.

This entry was posted on Wednesday, December 18th, 2019 at 10:06 pm and is filed under Attractions. You can follow any responses to this entry through the RSS 2.0 feed. Both comments and pings are currently closed.