I recently had an early Christmas lunch with special mums and bloggers at M Bar and Grill restaurant in Twickenham led by celebrity chef  Michael Reid. I was lucky to try his Christmas menu over lovely chats and drinks. I am not a big meat eater, but I have too admit that I had the most delicious meat-based lunch at a London restaurant. 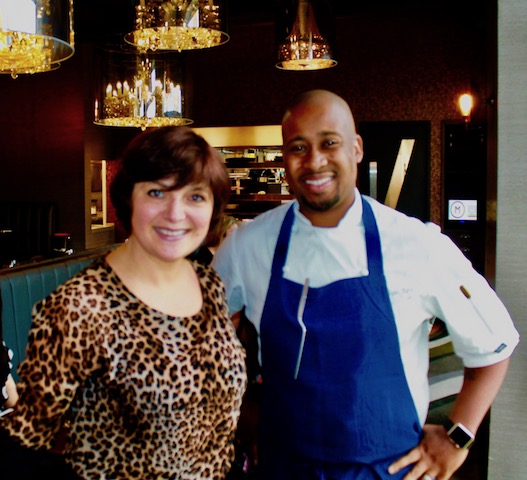 Michael Reid came out from the kitchen to say hallo! ?

At a first look the menu looked really ambitious and too fancy for my taste, but then from the starters I realised that it was the most honest and genuine British menu I have ever tasted. 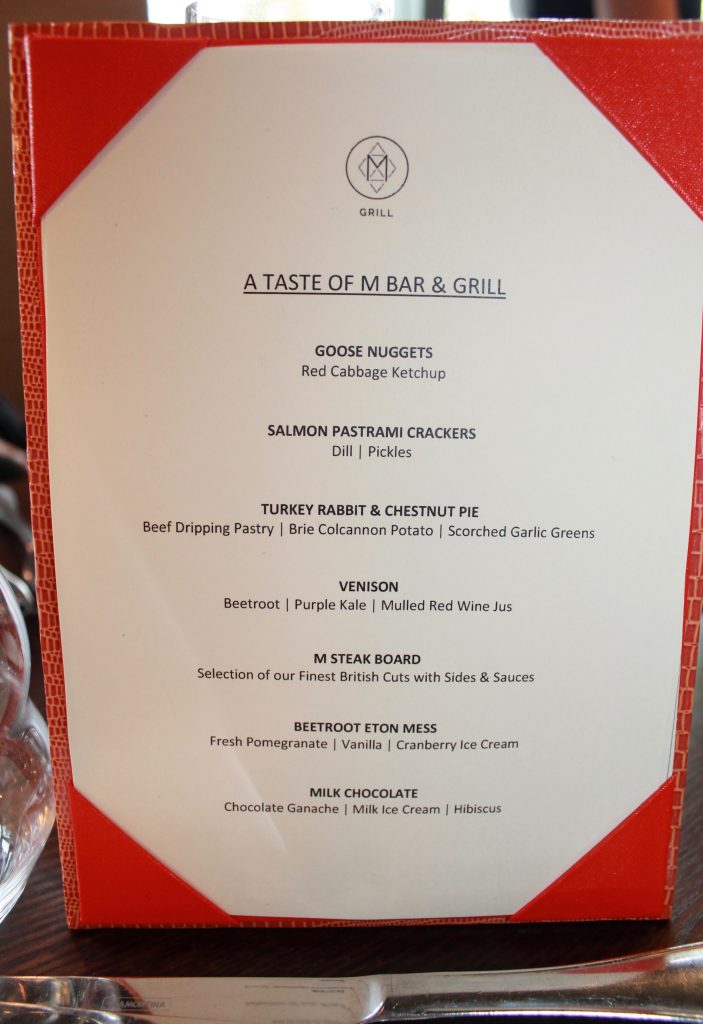 And who says that you cannot eat amazing British food. This was my favourite meal in Britain in the last 20 years spent in this country. And here is why. 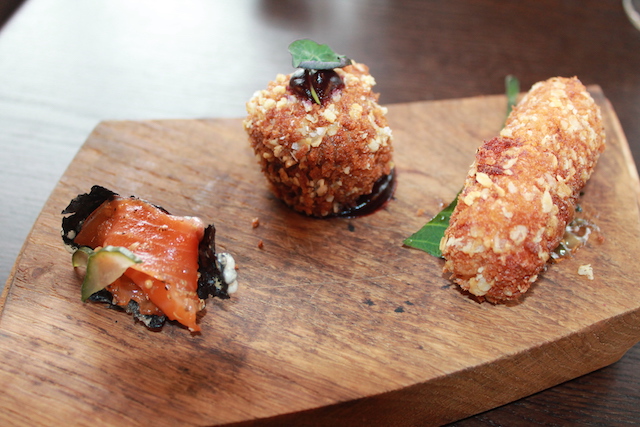 The goose nuggets in the middle were delicious

Goose nuggets with red cabbage ketchup were my favourite dish of the entire menu. They melted in my mouth and wished I could eat more of them. 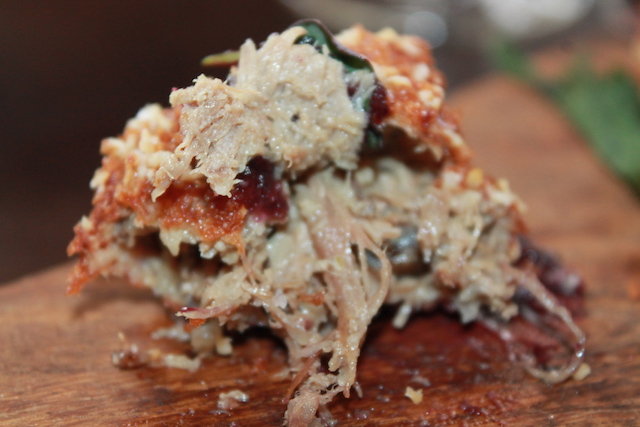 I never had them before and found out that they are a special creation by Michael Reid. 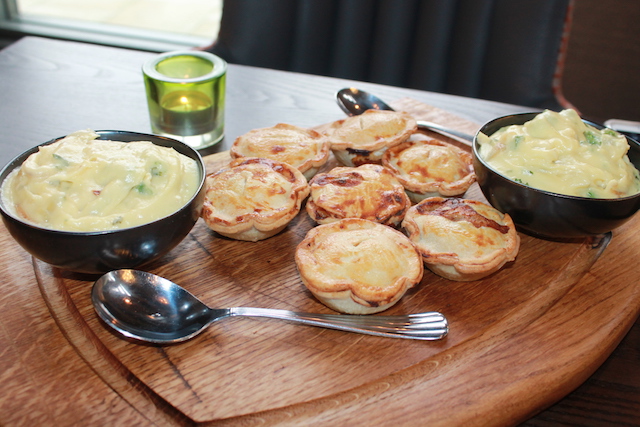 The beef dripping pastry with the Brie Colcannon potato and the scorched garlic greens is a great combination of seasonal flavours.

This delicious pie was followed by juicy Venison served with beetroot and purple kale and accompanied by mulled red wine Jus. 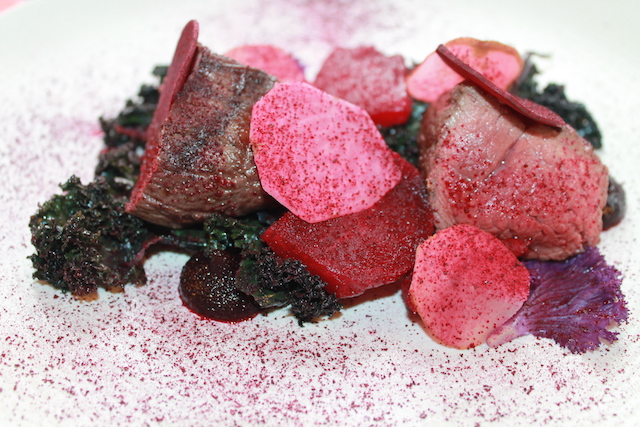 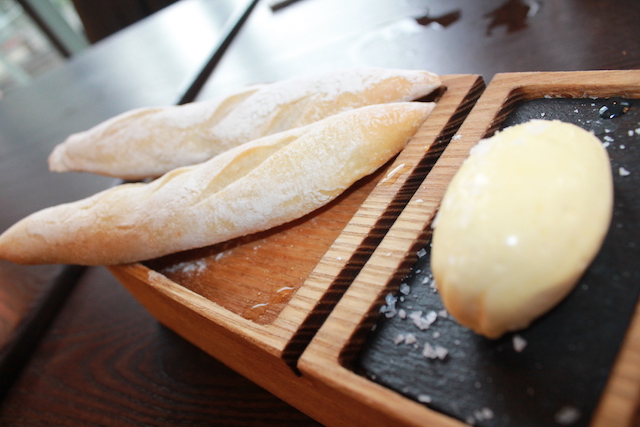 A freshly baked baguette was served too! There’s nothing better than fresh bread …

If that wasn’t enough food – for a normal day but Christmas – we had a M steak board including a selection of the finest British cuts with a moist fabulous cabbage salad and spicy chick peas (not ideally matched with this menu but good). 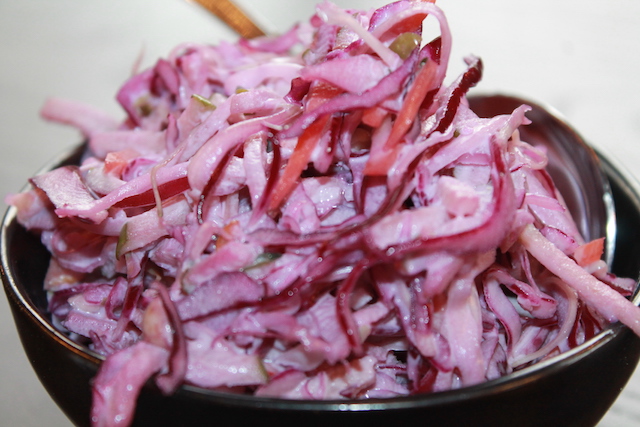 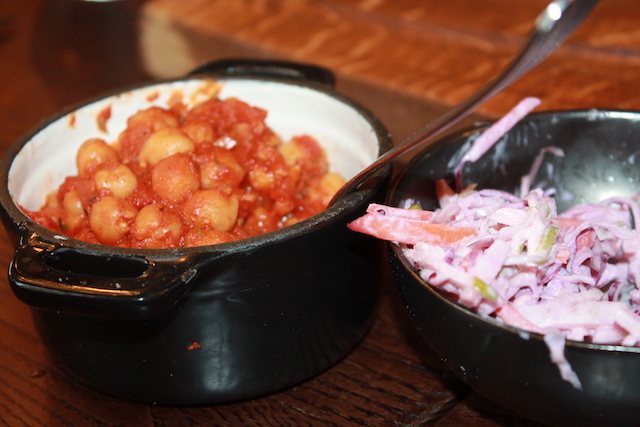 The home made chips were crispy and, for a change for a such a simple dish, tasted of fresh new potatoes instead of fried oil. I could not stop eating them. 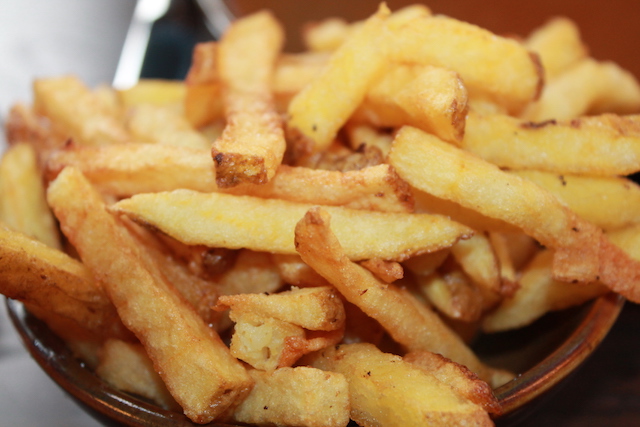 By that dish I was already full and only had a little bit of the two desserts. However the ladies at my table licked the gateaux – ah ah. The beetroot Eton mess’ design was certainly unusual and colourful. 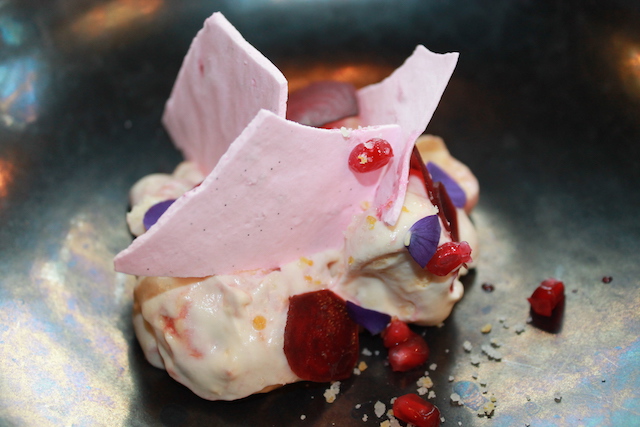 I preferred the Milk Chocolate Ganache which was very rich and intense in flavour. 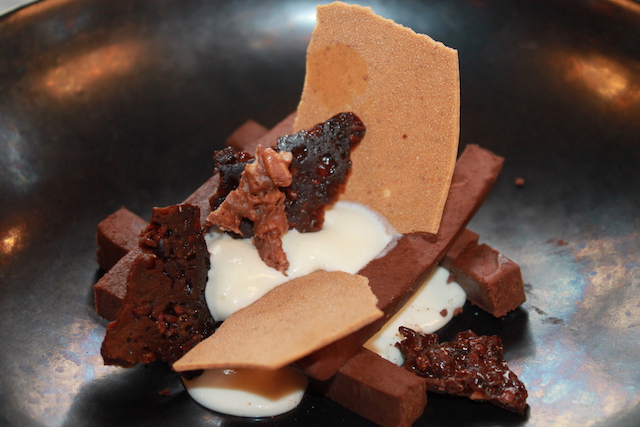 The dark chocolate strips were yummy

To help me digest, I asked for a teapot of fresh mint tea and that came in this quintessentially British teapot. 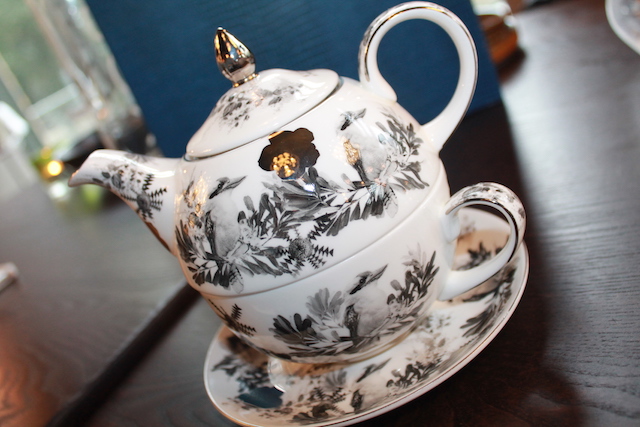 You lifted the lid to reveal the cup. How pretty! I want this cup! 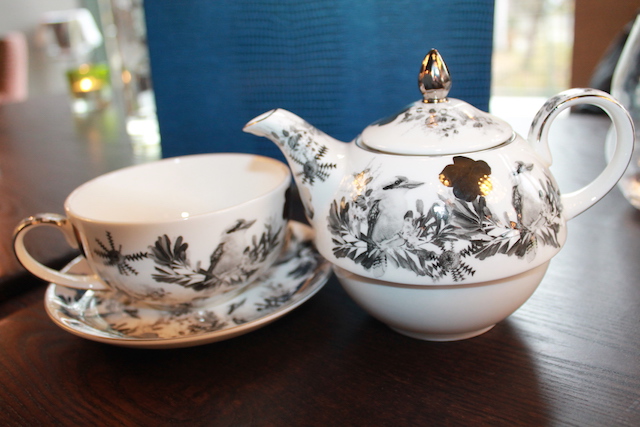 What I loved about being at M Bar and Grill in Twickenham was not just the minimalistic gothic decor and Michael Reid ‘s creative new menu but the fact that there was also a dog, in fact a very special dog,  M’s very own Brandy Doodle, the wonderful mascot, Hudson sitting there too. The restaurant is clearly dog-friendly!! 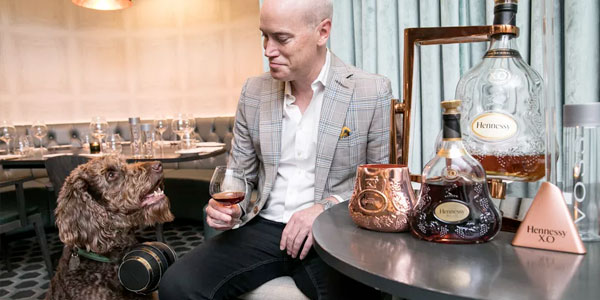 Hudson the Brandy Doodle  —  M Restaurant’s popular Labradoodle mascot — can personally deliver to any parties who order (to be clear, for thousands of pounds) a bottle of either Hennessy Paradis Imperial or Louis XIII. The dog “service” is available at all three M Restaurant sites, but must be pre-booked.

If you enjoyed this review and love discovering the best places to eat in London, check our Attractions section.

Subscribe to the London Mums magazine and the YouTube channel for travel features as well as  films, celebrities, toys, London Attractions and children honest views!

This entry was posted on Sunday, December 10th, 2017 at 11:09 am and is filed under Attractions. You can follow any responses to this entry through the RSS 2.0 feed. Both comments and pings are currently closed.