This June NINJAGO World, a new world of ninjas, has opened at the LEGOLAND Windsor Resort, featuring the UK’s first ever 4D, hand gesture enabled ride and a group of London Mums and kids have checked it out and sent us their comments and images. Take a look! 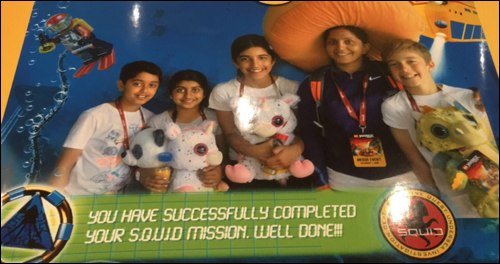 London Mum Ranjeet and her kids were some of the first guests to experience the 4D ride with hand-gesture technology, have breakfast with NINJAGO costume characters and get passes to explore the whole park for the rest of the day. 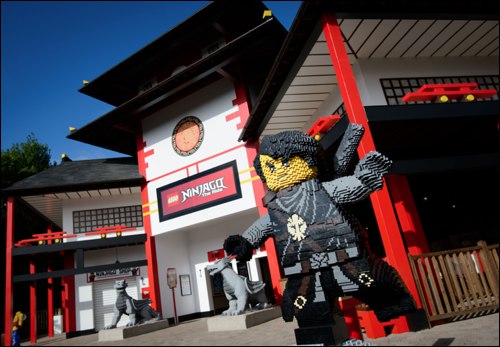 They were joined by some celebrities and their kids including Michele Heaton and Ben Fogle. 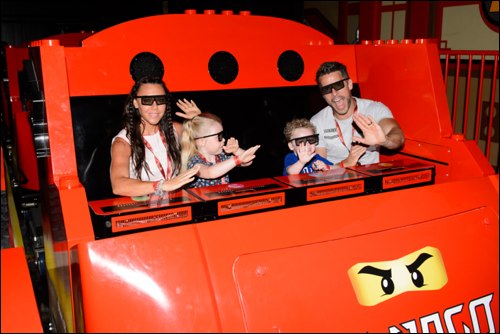 This is what one of the children thought of the day out. 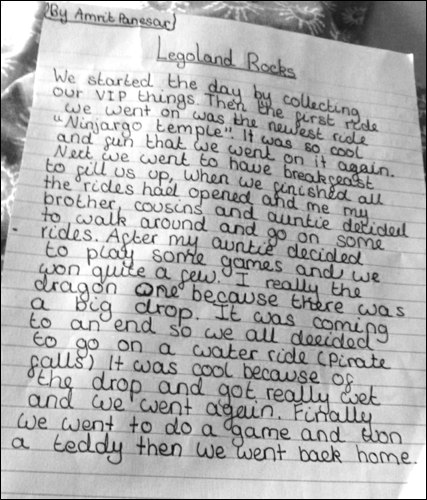 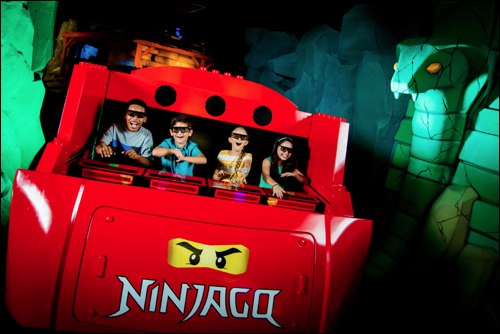 LEGO NINJAGO The Ride is the first attraction in the UK to use thrilling 4D effects of heat, smoke and wind, alongside state of the art Maestro hand gesture technology, enabling riders to virtually throw fire balls, shock waves, ice and lightning using nothing but their hands, as well as intuitively adapting to each individual’s playing style. This, along with 3D image projection throughout the ride, makes the LEGO NINJAGO World experience feel as real as possible for aspiring young ninjas. 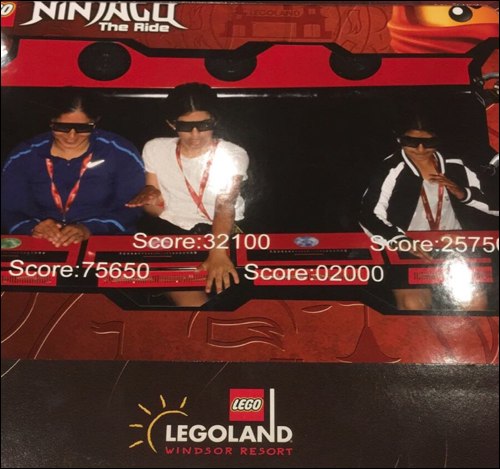 Up to four ninjas can sit in each ride vehicle where their ninja skills will be tested as they score points battling against snake tribes, skeleton ghosts and King of the Skulkuns, before ultimately facing The Great Devourer – a giant serpent who can only be defeated by working together and demonstrating the best Spinjitzu moves. 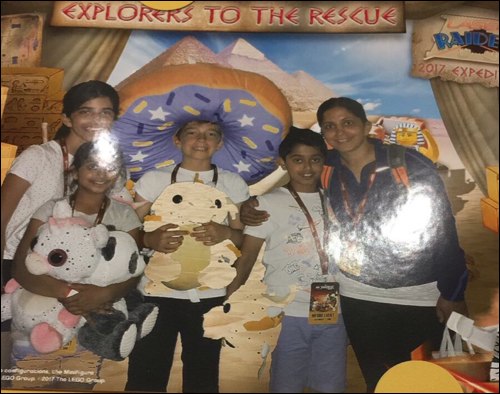 And of course, a new world means more LEGO models; over 20 new LEGO models can be found in NINJAGO World including two five-foot guardian dragons built from 77,280 LEGO bricks protecting the entrance, a model of Master Wu and the LEGO NINJAGO heroes themselves.

Tickets from £30 when booked online at least 7 days in advance for selected dates.

This entry was posted on Friday, June 16th, 2017 at 3:01 pm and is filed under Attractions. You can follow any responses to this entry through the RSS 2.0 feed. Both comments and pings are currently closed.