As an ex Sex Pistol, Glen Matlock has always used music to sing about political issues that bother him, and has never been afraid of speaking his mind. His music has evolved and these days he calls himself a modern rocker. I met him on Valentine’s day in 2020 just before the first lockdown and so much has happened. We recently caught up again at the Holmes Hotel in the heart of London. 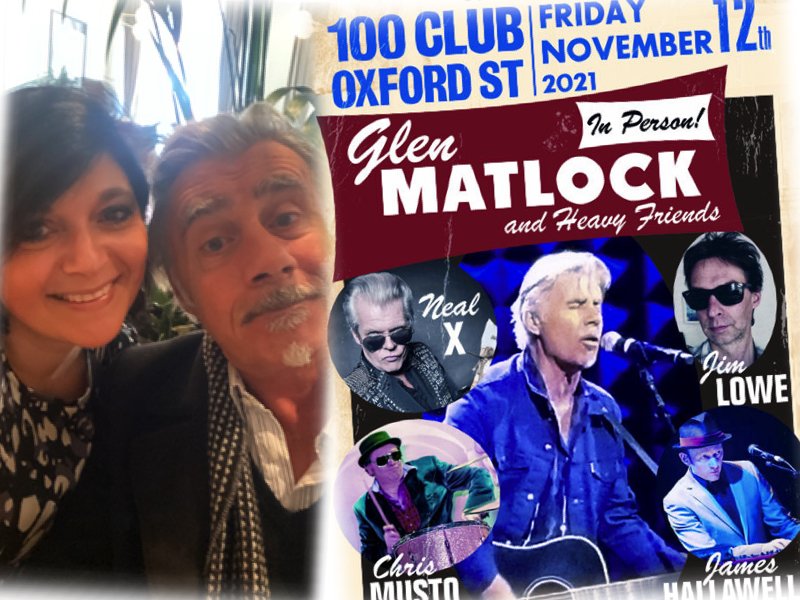 With right, he’s furious about Brexit and the problems musicians now face when they go on a tour abroad (i.e. the requirement for a special visa beyond 90 days). His songs reflect his rage and have a great vibe and rebellious energy about them. This Friday 12 November 2021 he will be performing his live rock-a-billy show at the 100 Club in Oxford Street in London. He will continue to bring his rebell yell to the UK  throughout November. Glen will be playing Sex Pistols classics as you’ve never heard them before alongside his new music. No one puts a punk in a box… Glen has toured the world and played with some heavy weight musicians including Iggy Pop, Mick Jones, `Midge Ure, Gary Kemp, Primal Scream, Ronnie Wood and Clem Burke and his legacy of being in the band at the tender age of 16 and writing much of Never Mind The Bollocks widely revered as one of the greatest albums of all time and lives on. Its rock ’n’ roll and he likes it! Well, I like it too!

Glen is a true Londoner and forged his character in London during the Swinging Sixties, what I call the Golden Era of Britain.

In the early Seventies, Glen Matlock he met his future Sex Pistols’ bandmates who had a radical style at a time when Britain was apparently ‘a very depressing place’ with rubbish on the city streets, unemployment and lots of strikes.

Much has changed since, but Glen’s reasons for protesting are even stronger. The next album – born during the pandemic – is raring to go and just needs a name. Glen said that it could be called ‘Consequences coming’ from one of the key songs referring to Brexit and to the shambolic politics of the past two years.

Live on stage he’s absolutely energetic and his songs are even better now than in the 70s. Glen is actually the only member of the Sex Pistols who is still active and very prolific in the music scene. Who said that rock is dead? Long live modern rock.

This entry was posted on Friday, November 5th, 2021 at 7:05 pm and is filed under Attractions. You can follow any responses to this entry through the RSS 2.0 feed. You can skip to the end and leave a response. Pinging is currently not allowed.