If you are a fan of Glee‘s Lea Michele you’ll be thrilled to know that she will be touring the UK with Darren Criss between 1st and 7th December 2018. Their show will be a real treat to put us in the festive spirit. 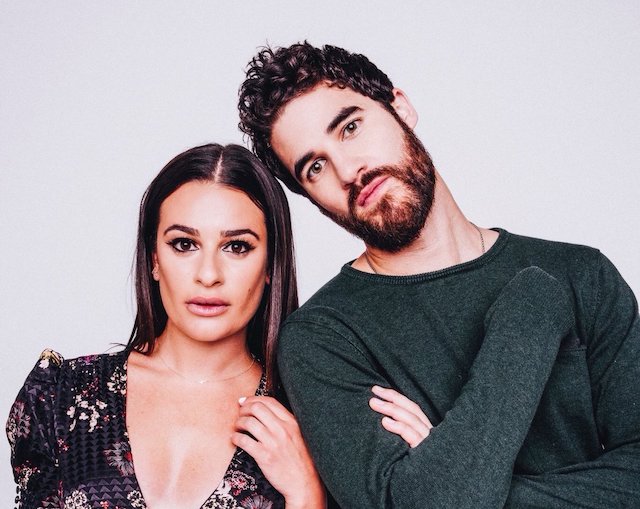 Following the demand of fans and rave reviews, actors and musicians Lea Michele and Darren Criss will continue their successful Tour in Ireland and the UK kicking off 29 November 2018 at Vicor Street in Dublin. They will be in London on 2nd December at the Eventim Apollo. I have my tickets and cannot wait to see them. 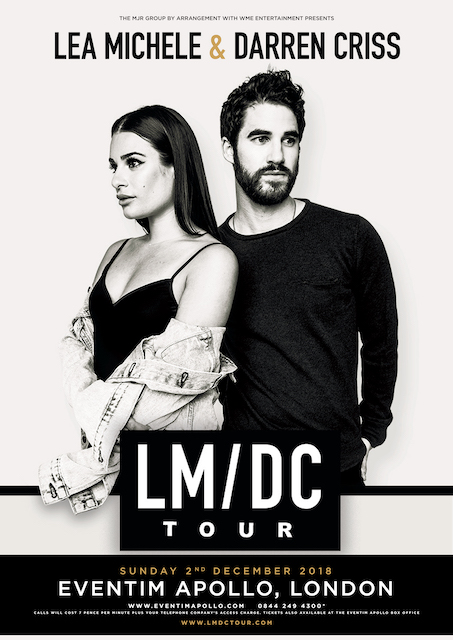 I am a Glee fan and previously met Matthew Morrison (who played the teacher Mr Schuster in Glee) so I was thrilled to find out that Lea Michele was going to perform in London. Her character Rachel Berry on Glee, the critically acclaimed, Golden Globe, Grammy, and SAG award-winning Fox television series, was the best female singer. She has been nominated for an Emmy, a SAG Award, and multiple Golden Globes. The Glee cast recordings have sold over 10 million singles and garnered over 20 top 40 US Billboard Hot 100 hits. Lea released her debut album ‘Louder’ in March of 2014, marking her step into her career as a solo artist with an incredible vocally-driven record.

The album debuted at No. 1 on iTunes and in the Top 5 on the Billboard Top 200 Albums chart. That same year, Lea added best-selling author to her resume when she released her first book, ‘Brunette Ambition’, which was a NY Times Best Seller. She released her second book, ‘You First’, the following year. In 2017 she released her sophomore album ‘Places’ and embarked on a series of sold out ‘Intimate Evening With’ shows in North America in support of the album. 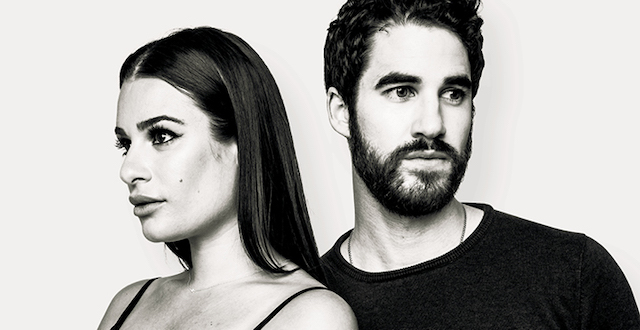 Darren Criss is a multi-faceted artist with an illustrious career spanning television, film, music and stage. He was recently nominated for a Primetime Emmy Award for his portrayal of Andrew Cunanan in the second instalment of Ryan Murphy’s award-winning series ‘American Crime Story: The Assassination of Gianni Versace’. His performance has been dubbed as “electrifying,” “chilling,” “compelling,” “magnetic and frightening,” and “career-changing,” and has received accolade recognition with nods from the Television Critics Association Awards, MTV Movie & TV Awards and People’s Choice Awards. In the fall of 2016, Criss returned to Broadway in his critically-acclaimed performance as Hedwig in ‘Hedwig and the Angry Inch’, which kicked off the 2014 Tony Award-winning Best Musical Revival’s national tour. The New York Times touted Criss as “mesmerizing” when he first stepped into the title role on Broadway in 2015. Best known for playing Blaine Anderson on Glee, he received an Emmy Award nomination in 2015 for best original music and lyrics for the song This Time, which was performed by Lea Michele and appeared in the episode titled ‘Dreams Come True’. Criss most recently released a five-track indie EP entitled ‘Homework’, his first solo project in over seven years. 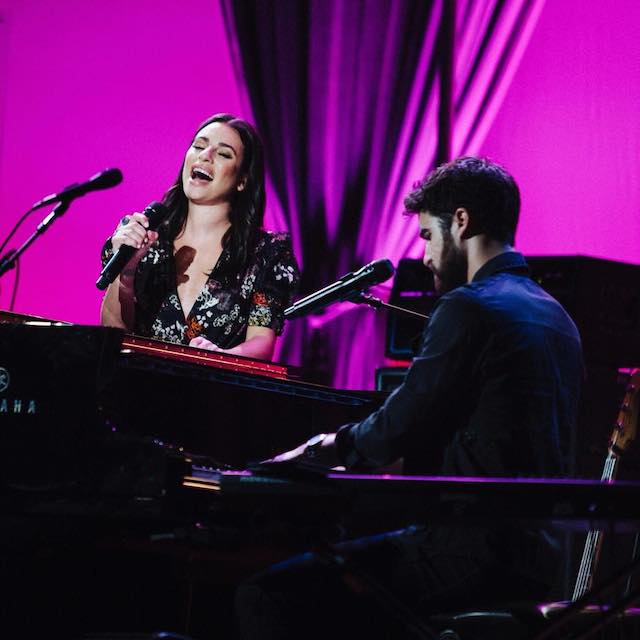 This entry was posted on Monday, November 19th, 2018 at 2:25 pm and is filed under Attractions. You can follow any responses to this entry through the RSS 2.0 feed. Both comments and pings are currently closed.