Following a recent Memphis The Musical launch event at the legendary Ronnie Scott’s Jazz Club, new footage has been released  featuring interviews and the unforgettable performances from the two leads, Beverley Knight, Killian Donnelly as well as Bon Jovi’s David Bryan, who composed the original score for the Musical. I personally cannot wait to see it. But i will have to wait until the Autumn as Memphis The Musical opens at the Shaftesbury Theatre, London on 23 October 2014. 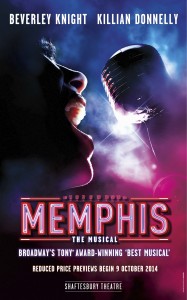 Inspired by true events from the underground dance clubs of 1950s Memphis, Tennessee, MEMPHIS follows the fame and forbidden love of a radio DJ who wants to change the world and a club singer who is ready for her big break.

“David Bryan evokes the powerhouse funk of James Brown, the hot guitar riffs of Chuck Berry, the smooth harmonies of the Temptations and the silken, bouncy pop of the great girl groups of the period” Charles Isleworth,New York Times. 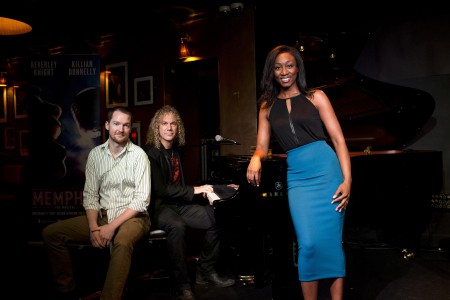 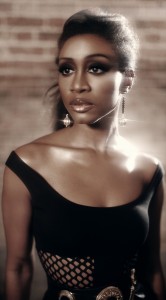 This entry was posted on Saturday, July 5th, 2014 at 7:40 pm and is filed under Attractions. You can follow any responses to this entry through the RSS 2.0 feed. Both comments and pings are currently closed.