Cinderella and Disney fans cannot miss the FREE Cinderella exhibition in Leicester Square that is open to the public from 21 March to 10 April 2015 to coincide with the release of new live-action Disney’s Cinderella film in cinemas from 27 March 2015. The Cinderella Exhibition Presented By Swarovski is a very rare exposition of Disney’s iconic princess’ memorabilia and costumes used in Kenneth Branagh’s latest adaptation to the big screen. 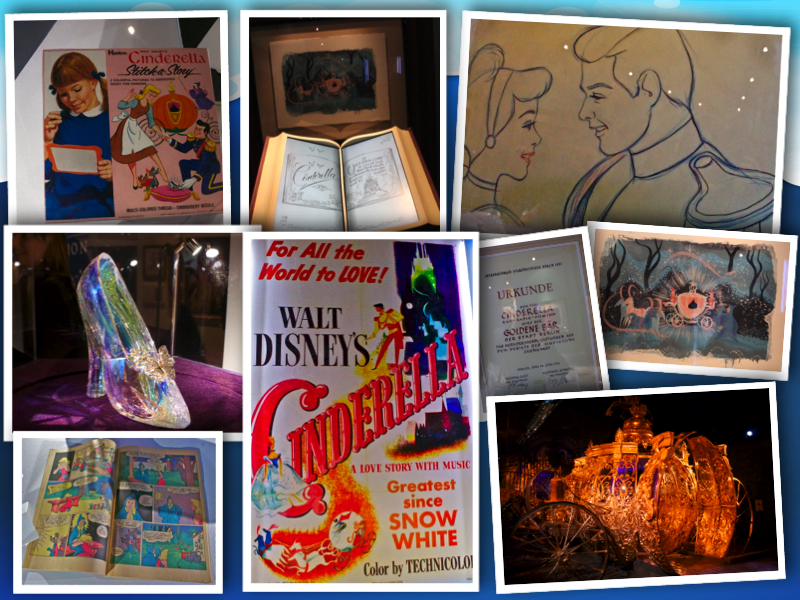 The great thing about this free exhibition is that if you take the kids to see the film in Leicester Square you will be able to experience the costumes in person straight after the movie, including the famous slippers. This only requires a bit of planning: the tickets are free but they need to be booked in advance.

The interactive exhibition has been organised by Walt Disney and Swarovski, who provided Oscar-winning costume British designer Sandy Powell with 1.7 million crystals for the costumes in the movie to make them look really sparkly. They are breath-taking. 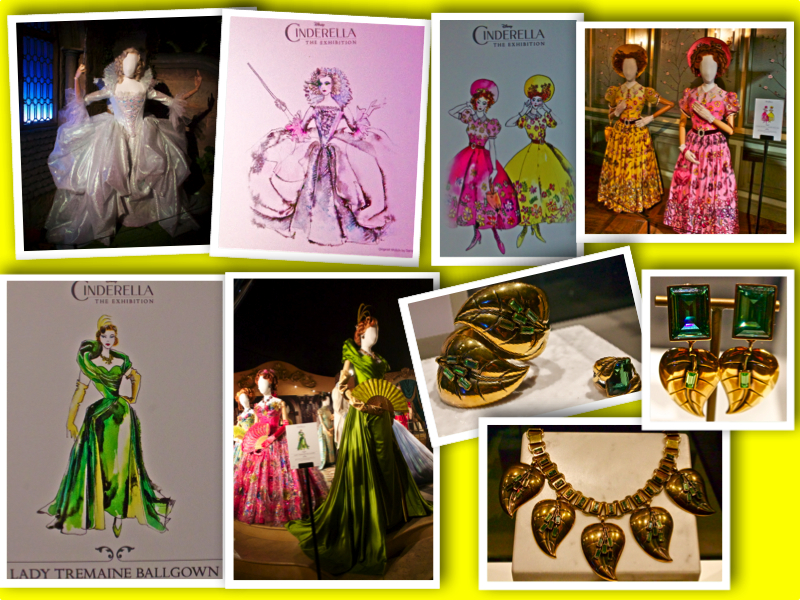 It takes you behind-the-scenes of filmmaking, production design and costume design of the new movie, as well as showcasing memorabilia from the original Disney Cinderella animation (documents, draft drawings, merchandising sold in the Sixties when the movie came out), which is celebrating its 65th anniversary this year.

You’ll find interactive devices to explore the design process behind the animation which is mesmorising especially for the new generation of children who are used to touch-screen technology.

The exhibition is divided into five multi-sensory areas including a Cinderella historical gallery, Cinderella’s house, Fairy Godmother’s scene (you can enter the giant Pumpkin first and then pose next to the stunning Golden Carriage, the Castle Ballroom and a Modern Day Princess Gallery with pictures of Lily James starring as Cinderella.

There are 30 costumes in the exhibition including the gorgeous Cinderella’s light blue ballroom gown. 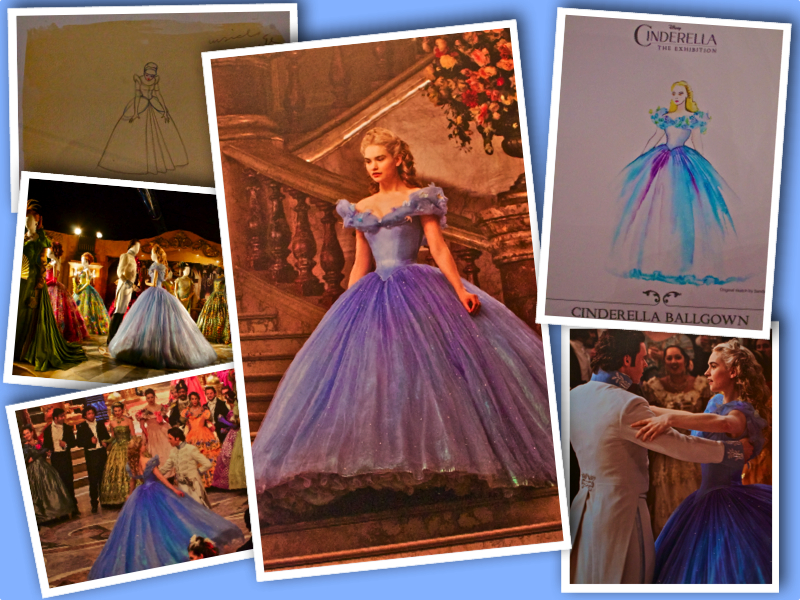 One of the highlights of the show are obviously the Swarovski solid crystal slippers designed by Sandy Powell – only used for the shoe fitting scenes but never worn by Cinderella in the film. They are too delicate and precious for wearing and were replaced by plastic ones while filming. Special effects were used to make them look like crystals. The slippers are in fact quite heavy weighing 1 kilo each. 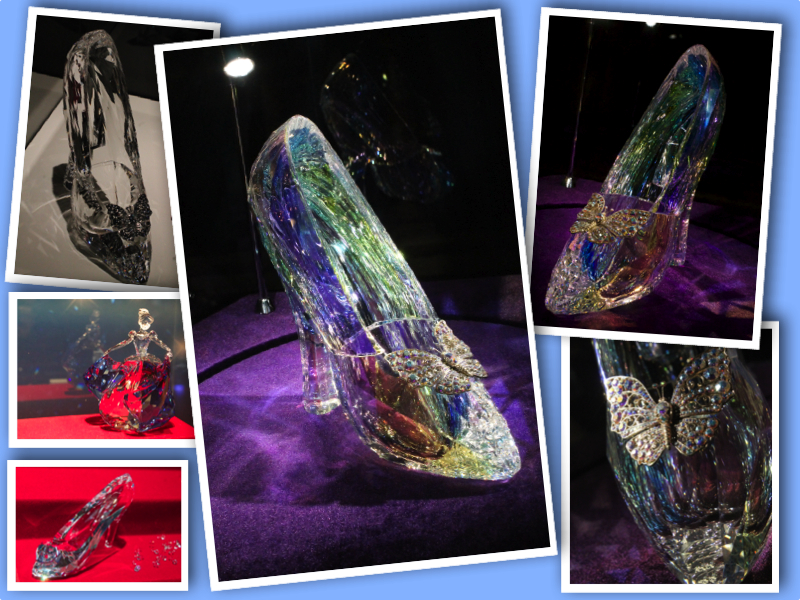 Some of the memorabilia have been borrowed by museums from around the world only under the condition that they would be kept at a specific temperature in glass cabinets. They are pieces of cinematic history and hence treated like real jewels.

Admission is free and open to the public from 21 March – 10 April 2015. Click here to apply for complimentary ticket(s).

Why you will love it

If you are Cinderella fans, you will absolutely love the Swarovski crystals shoes and you’ll be able to even get a photo during a virtual shoe fitting like mine here. 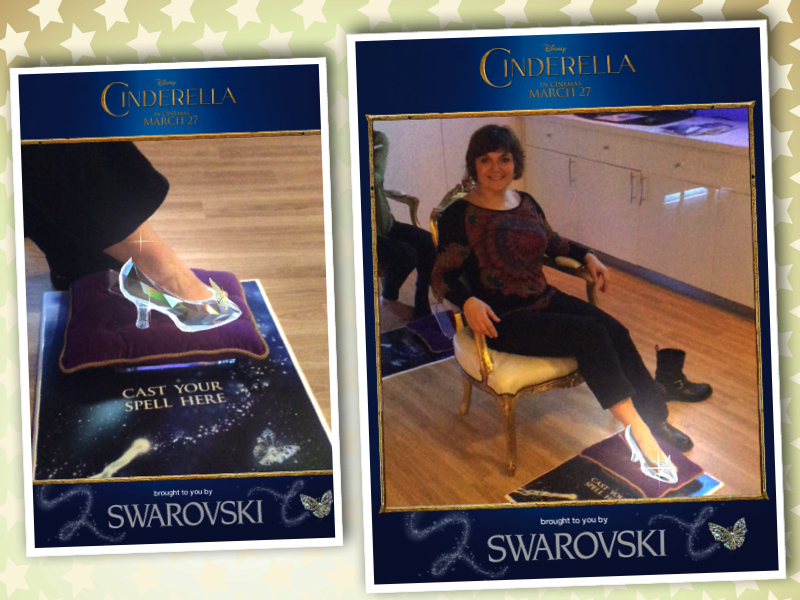 The real costumes from the movie are superb particularly those worn by Cate Blanchett in her role as the cruel step-mother. 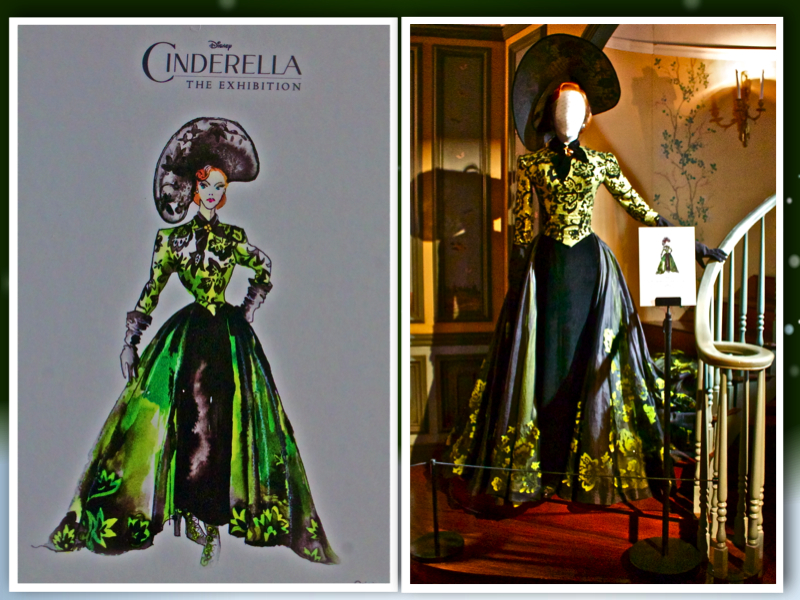 Going through the exhibition, you’ll get a sense for the magnificence of the new big budget movie.

If you aren’t a Cinderella fan yet, you’ll become one after seeing this exhibition. It is free and worth spending half hour to one hour (I could have spent even 2 hours there). Due to its huge popularity, you’ll still need to pre-book your free tickets though.

Girls can now recreate the Cinderella magic thanks to a high quality new fashion brand called Courage & Kind that incorporates the Disney magic into a Cinderella themed clothing range sold at Harrods and soon at Disney Stores. 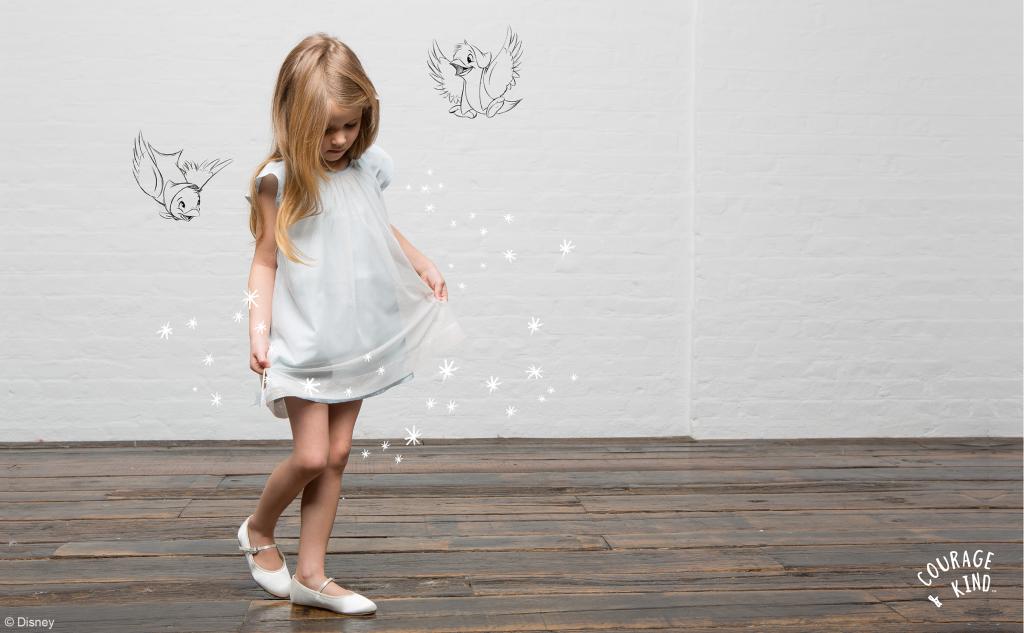 Fashion designer Charlotte Rakowski and expert mum of two talked at a special launch of the brand at the Century Club in London about the values behind the new Cinderella line: environmentally friendly packaging and washing techniques, quality material, long-lasting garments suitable for parents of active girls who want to add sparkles in their day to day clothes. The little diamonds embedded in all clothes seemed robust enough to last at least a season or two.

Courage & Kind is a kids’ fashion brand only but said they would be opened to expand into adult fashion. Shame they haven’t got the sparkly dress for mums. I would have bought one on the spot!

This entry was posted on Sunday, March 22nd, 2015 at 12:36 pm and is filed under Attractions. You can follow any responses to this entry through the RSS 2.0 feed. Both comments and pings are currently closed.