Five minute chat with soul legend Alexander O’Neal on his mature album, a tour and Prince

Alexander O’Neal might not be as big a name as Prince (with whom he worked in 1981) but rest reassured that his soul music will live forever. Alexander O’Neal is in fact a global superstar and one of the best soul singers from the 80s. He came to prominence as an R&B singer in both the US and UK with a stream of hits that included If You Were Here Tonight, Saturday Love, Never Knew Love Like This’ & ‘Fake. Orginally signed in his early days by the late legend Prince, he has secured his name in the R&B history books, with a career that has spanned over thirty years. His much loved, chart smash Criticize  is still lighting up dance floors across the world today and became integral to the soundtrack of the teenage years of Generation X. 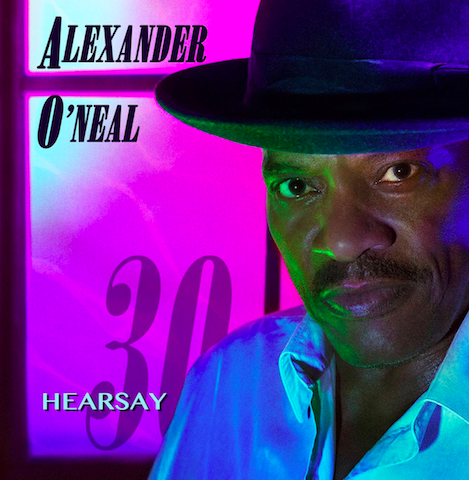 He has just released a new album called Hearsay30 with Manchester-based funk band, which is a re-recording of his 1987 album.

I have recently caught up with him, in between his 19 date Hearsay tour gigs with his 9 piece band Mamma Freedom. The Resurrection Tour has been announced for 2018 and tickets are on sale https://www.seetickets.com/tour/alexander-o-neal-the-resurrected-tour-

With dates in Glasgow, Manchester, Hull, Southend, Bristol, Birmingham, Leicester and at The London Palladium plus brand new album Resurrected will be out in the new year too!

There’s lots of exciting things brewing for Alexander and I am happy to have talked to a true soul legend!

Q: Hi Alexander, What can we expect from Hearsay30 the album, and the Resurrected Tour? What do you expect the response to be?

Alexander O’Neal : I am working a lot these days. I have finally got my autobiography out earlier this year and my new album Hearsay30 which is a more mature album. I never heard people re-recording an album before. It was challenging. I am working with a great band in Manchester called Mamma Freedom. The sound, the songs and the content are the same of the first Alexander O’Neal but we have a different twist on the music. We made it more mature. By more mature I mean very soulful things, adding a few instruments. We put a great deal of passion into this re-recording. When you work with a band you get a different feel. I am really anxious to see how my fans will see this album. The first Alexander O’Neal was more commercial, but the new one has more passion.

Q: There seems to be a revival of the 80s at the moment. What do you miss the most of the 80s?

Alexander O’Neal : Probably the whole gel trend. It was a fun time in my life. And I also met my wife from 30 years back then. That is a blessing to me. I have come to realise that these things that I am doing now, all started in the 80s. Younger generation now, if they identify with the old school, they can only go so far back in time. If there’s something they can still identify with, it’s not out of reach for them. If you like R&B music and you try to go back to the 20s, it’s kind of difficult to understand. People who grew up on Alexander O’Neal are now adults. It’s the genre type.

Q: You  have been praised by critics for having a voice with the same grain and range as Otis Reading. How do you feel about that? Do you feel closer to James Brown musically speaking?

Alexander O’Neal : I can definitely say that Otis Reading is one of my idols. I tried to identify with Otis a lot because he was a bonnie guy and soulful but then he had the ability to slow it down. Beatiful balance. I was very much so intrigued with that. But I was intrigued by a lot of people then. Being from Mississippi we had a lot of great radio: R&B, gospels, all that Jazz, we got it all. I was very fortunate to be raised in that very rich musical environment.

Q: Who would be your natural successor in the R&B music?

Alexander O’Neal : Good question. Honestly, right now I don’t see a prominent R&B singer come to the table. All the tricks and gadgets used these days is not R&B. It’s part of this modern music but not R&B. R&B is live and a very soulful thing. At the end of the day it is is very traditional and not commercial music.  I haven’t yet seen anybody emerge that would make me say ‘yeh, that’s the man!’. Maybe only Seal! He is the only R&B singer I can think of. He’s a monster, so good! But Seal has incorporated electronic sounds into tunes that blend acoustic pop and R&B and is not traditional R&B.

Q: One last curiosity, can you tell me an anecdote about Prince?

Alexander O’Neal : Prince made lots of great music and left us far too early. Some people hang on to things. What I remember about Prince the most was that the first car he bought when he got his first record deal. It was a 1977 BMW and he loved it. He used to drive it everywhere and this was kind of nostalgic.

2018 will see the release of Alexander’s first studio album for 15 years, a blues album, with an undeniable maturity to his great soul voice.

Check out the new version of Criticize 3.0 the hit single and new video footage

This entry was posted on Monday, December 4th, 2017 at 7:16 am and is filed under Attractions. You can follow any responses to this entry through the RSS 2.0 feed. Both comments and pings are currently closed.