Lovely pre-Christmas gig with Boyzlife… Who are Boyzlife anyway? Pop stars and friends Keith Duffy and Brian McFadden who have achieved global success with their respective bands Boyzone and Westlife, have recently formed a new pop supergroup Boyzlife. The duo’s nationwide tour sold out within four hours of going on sale last year and they are back now for a pre-Christmas revival of their best combined hits. I have caught up with Brian McFadden to find out what Boyzlife is all about. 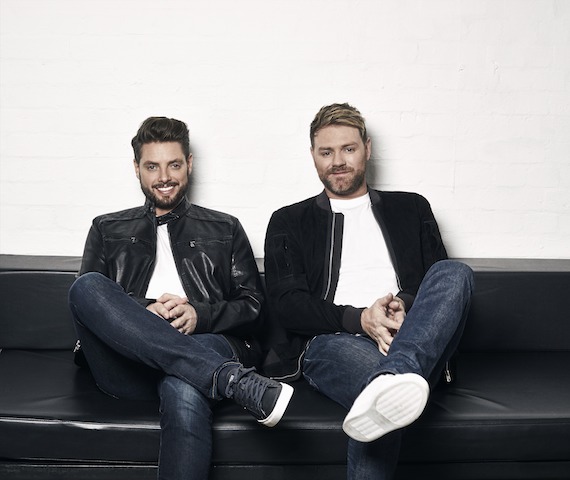 To refresh your memories on their background both Keith and Brian came from from Louis Walsh’s stable of discoveries back in the 90’s and have become international pop icons. Boyzone topped the charts for 7 years at their peak, with Hits like When The Going Gets Tough, No Matter What, Father & Son and Words. Westlife had 13 number 1 singles and 9 top 5 singles with  hits such as Uptown Girl, I Have a Dream and Flying without wings. They are both still very talented and handsome and with their Irish wit and sparkling personalities, fans are in for a treat of intimate gigs full of festive spirits and sing along favourites. 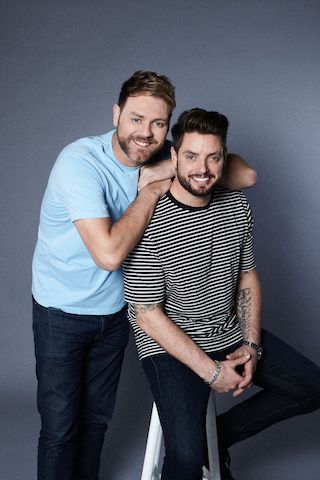 On top of his Westlife career, Brian lived in Australia for several years where he forged a successful TV & Radio presenting career  as a judge on Australia’s Got Talent & Co-Host of Fox8’s Football Superstar amongst others. On returing to the UK he’s hosted and appeared on several Tv shows, including the highly publicised ITV’s Who’s Doing The Dishes from 2014 to current day. 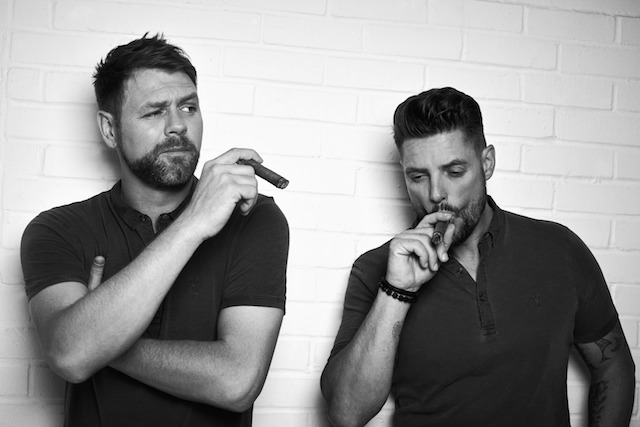 Here’s what he had to tell me about Boyzlife.

Q: Brian where did you get the idea for the collaboration with Keith for your new pop supergroup Boyzlife?

BMF: Keith had originally planned to do a show on his own, performing songs of his career – going from Boyzone into Corrie and stuff like that, reliving funny things that happened and sharing them with people. But then he changed his mind when he came to see me perform and thought that doing it together instead of on his own would make it more interesting. The idea developed into the Boyzlife tour. Demand was so high that all dates for the UK tour sold out within four hours of the tickets going on sale. 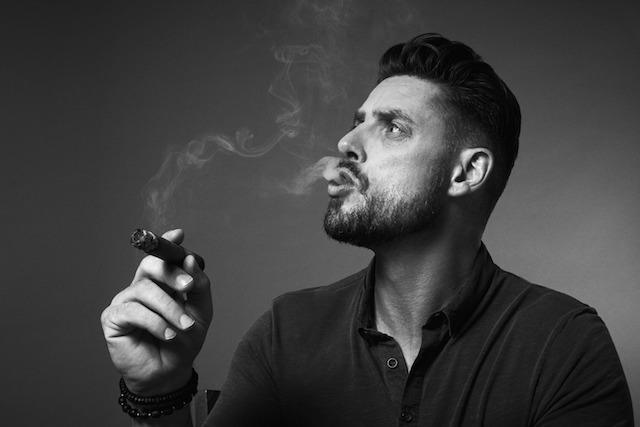 Each one of our Boyzlife gigs is a night of reminiscing and nostalgia. All the old hits back from the early Nineties and including a lot of video content and clips on a big screen that will remind the fans of our 20 odd years in the business.

Q: Who came to see Boyzlife in the first tour? 40+ parents or teenagers?

BMF: It was quite a mixed group of people from 40+ to teenagers who came to see us, all Boyzone and Westlife as well as Coronation Street fans.

Q: For which songs are you getting the best response from the audience?

BMF: We have 21 number 1 singles between the two of us. They were all favourite songs. I don’t think any particular song stands out. We played also a couple of songs from my solo career. 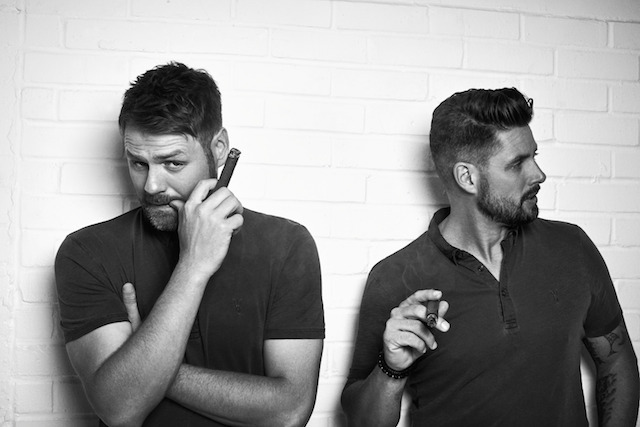 Q: Are you planning to record Boyzlife own new music together?

BMF: Not currently because Boyzone are getting back together next year for their 25th year anniversary and are recording a new album and I am working on a solo record as well. That’s the focus for the next 18 months. We will see after that. We are not currently planning on recording any new Boyzlife material as it all comes from both Boyzone and Westlife.

Q: What’s the song that means the most to you and why?

BMF: I have a lot of songs that mean a lot to me but my personal favourite song from Westlife has to be Flying without wings.

Every song brings back a different memory from the last 20 years of playing the song. Every tune encourages a different emotion and almost gets you a bit nostalgic.

Q: How has Boyzlife changed the game?

BMF: We mainly performing music from Boyzone and Westlife and we haven’t created a different music but we are reliving those hits and telling behind the scenes stories of how it was like to sing them with our bands. It’s like going back down to memory lane.

Fans will get to find out what life was like in both our boy bands from our own experience. We’ve never had an autobiography and we’ve never spoke about what it was like on this side of it, so I think it will be interesting for people to hear what it was like for us. 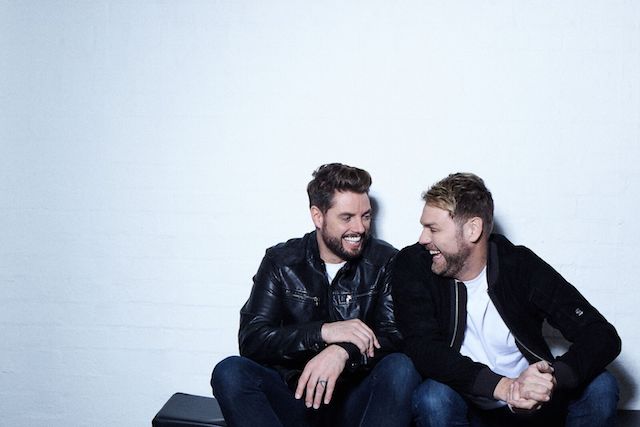 BMF: Meeting Pope John Paul the Second at the Vatican was quite special for me personally.

Q: How has your audience changed over the years?

BMF: They are not as wild as they used to be. They still get a little crazy especially at the weekend when they can drink some alcohol.

Q: What does the future of Boyzlife look like to you?

BMF: We are going to do quite a few live shows. Next year it’s Boyzone 20th anniversary and will go on tour together. It’s all a bit in the air now but we are focusing on the Christmas tour.

Whether other members of the band will come along for shows next year or new music or whatever, we’re saying no to nothing. We’re doing this right now, but we’re just going to see what happens.

Q: How do you see yourself fitting in the modern music scene?

BMF: We will still play our usual sounds and need to adapt to social media. Don’t try too hard. We are not going to change our music. We will stick to our guns as the music that we have made has worked for a long time. We will see when we will start making new music next year.

Q: You have been involved in many talent shows. What do you look for in young singers and musicians?

BMF: We did not have those options back then when we started with Westlife. You just need to look for someone special with raw talent. Most times it’s easy to pick that out. 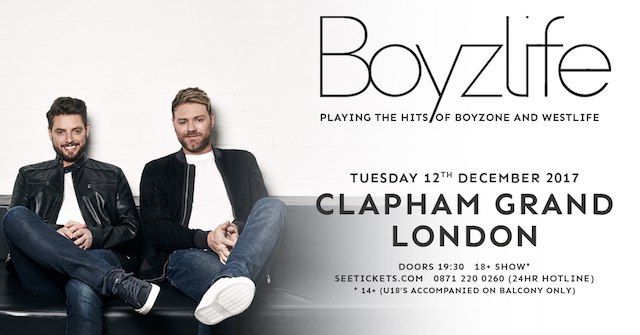 Celebrating the hits of both bands and much more!

Tickets go on sale from http://boyzlife.seetickets.com/

Tour kicks off on 6th December in Liverpool and culminates at The Nottingham Glee club on 19 December 2017. 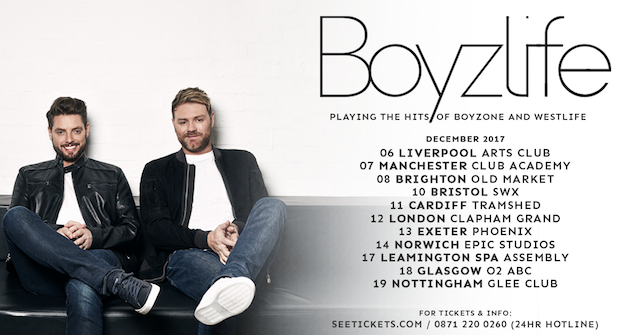 This entry was posted on Wednesday, November 15th, 2017 at 11:09 am and is filed under Attractions. You can follow any responses to this entry through the RSS 2.0 feed. Both comments and pings are currently closed.