Liv Austen has just released her debut album making Country Music more popular than ever before. I met her on 6th November at Islington Metal Works where she celebrated the release of ‘A Moment Of Your Time’ with a buzzy launch show. Here’s what she told me. 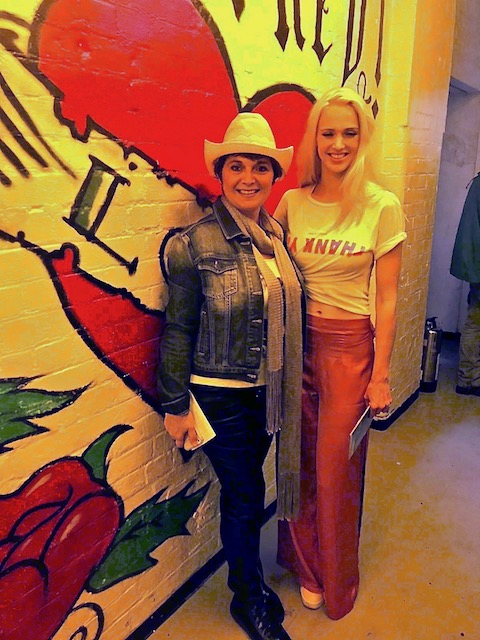 Liv Austen:    This is the big album launch, yeah. This is the first full band gig that we’re doing after the album came out.

Liv Austen:    In terms of lyrics the inspiration is mostly what’s happened in my life and I write songs based on that. Then musically I’m inspired by all of the stuff that I grew up listening to, pop, rock, country, everything. I take what happens to me, and I get ideas in my head of what it’s going to sound like. Yeah that’s what it is. 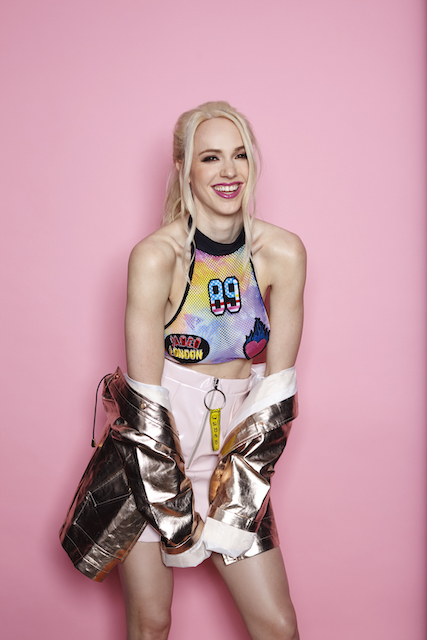 Q:                  That actually leads me to my next question which is ‘how would you describe your music style?’ It sounds to me like a new take on contemporary country music.

Liv Austen:    Yeah that’s kind of what it is. It’s contemporary country, but with pop production because I was involved in the production of it myself as well. I just love the ways you can produce stuff and put in little things that are poppy. I call it pop with a country twist.

Liv Austen:    My favorite from the album is a song called Wanting Morebecause it’s the most honest one that I’ve done. I love it when I manage to be honest, as honest as I can in my songs.

Monica:         My favorite is Miss Nobody. I’ve listened to it at least fifty times, since I got the album. 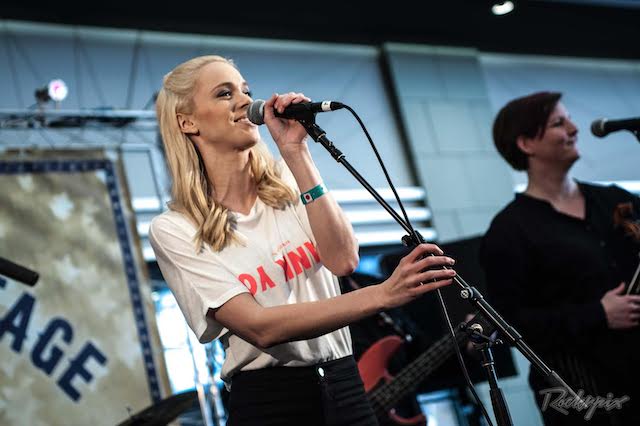 Q:                  It’s difficult to break into the music industry, there’s so much competition with the X Factor taking on so many new talents every year. What do you think you have that makes you stand out from the crowd?

Liv Austen:    What’s different is that whenever people manage to be themselves that’s sort of the most powerful thing that you can do. I see that with me, and a lot of my colleagues as well. Like the girls playing tonight Talley Spear and Clara Bond, they’re both very much themselves. With my album now, more than ever before, I’ve managed to do something that just sounds like me. It’s all subjective, whether people like it or not. At least then I know I’m unique because nobody else can do that.

Q:                  Absolutely, and you’re unique also because you’re from Norway, and live in Belgium. You’re two European. How does this cultural mix influence your music?

Liv Austen:    Massively I believe. A lot of people comment on the Scandinavian sort of melodies in my music. I don’t really feel that because it sort of comes naturally to me. I grew up listening to all sorts of Scandinavian folk music and the melodies are just so beautiful. When I get ideas for hooks and stuff that’s what comes in. You can see it in Scandinavia they’ve got so many massive songwriters. For some reason all of the Norwegian and Swedish songwriters just write all of the big hit songs. I don’t know why that is, but I think there’s something in that music that is quite universal.

Liv Austen:    Yeah, definitely. I don’t know about casting director. I did that once for one film. I really loved it, I loved casting but that’s not really something I’m looking into doing more at the moment. The acting I still do. I’m still with an agent, I audition for stuff, and occasionally I get a job. It’s great to do the music alongside it, because then I’m in control of that. The acting when it comes in, it’s super fun, so I love acting.

Liv Austen:    We’ll be doing a proper tour early next year. It remains to be planned, it’s just such a massive project to take on. I’d love to do a UK tour for sure, and then it would be great to get some European dates as well. Hopefully go over to America, and do a few dates there too.

Liv Austen:    Yeah, I think that there’s a market for us.

Follow Liv Austen on Twitter @LivAusten to keep up to date with all her latest music and tour news.

Did you enjoy our exclusive interview with Liv Austen? Let us know your thoughts over on Twitter @londonmums

This entry was posted on Wednesday, November 28th, 2018 at 11:09 am and is filed under Attractions. You can follow any responses to this entry through the RSS 2.0 feed. Both comments and pings are currently closed.