Comedy: Tom Stade’s new show ‘You Ain’t Seen Nothing Yet’

Following another near sell out UK tour and Edinburgh Festival 2019, Tom Stade hit the road with his new show ‘You Ain’t Seen Nothing Yet’ – on tour now until the end of January 2022 – and not many people did get to see anything, as along with the rest of the touring world, Tom’s juggernaut of one, had to park up in a pit stop and take a break, while the pandemic wrecked its havoc on the world.

London Mums have checked in at Leicester Theatre, London a few days ago and we now have a verdict. 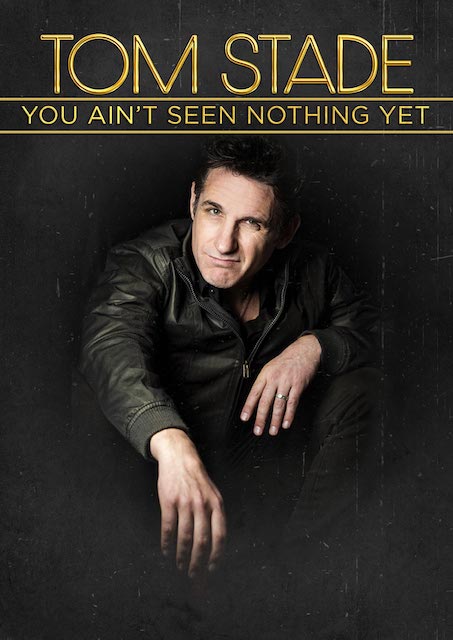 If you are contemplating attending Tom Stade’s show, you should be prepared for A LOT of swearing, perhaps some squirming, but also a lot of laughter: Tom quickly finds the line between offensive and hysterically funny and dances on that line for the whole show, constantly keeping the audience on the verge of cringing on some uncomfortable subject, only to steer them towards a burst of laughter with an in-your-face punchline delivered in his thick Canadian accent.

Through the show, Tom self-deprecating humour spans from the practicalities of his life as a comedian, to comparing parenting in his generation vs. his dad’s, to the joys of getting old, to (somehow) a high-performance sex toy bought in a welcome break bathroom…

Perhaps not for everybody, but for many in the audience who are prepared to leave their political correctness at the door, Tom’s North American powerful “I don’t give a damn” attitude is liberating and very, very funny.

A devout party animal, one would perhaps have expected Tom to struggle through such socially barren and health conscious times, but no! In every sense of the word Tom GOT CLEAN… the booze and cigarettes went out of the window and on his daily dog walks around the park Tom took a refuse sack collecting a full bag of rubbish, every day for 30 days straight. Appalled by the amount of litter he saw during lockdown, he felt compelled to get off his “butt” and do something about it, only taking to social media to report on his daily clean up mission.

But now, as the live sector rev up their engines once again, the unparalleled master and worst-kept secret of stand-up comedy, Tom Stade, is back! The kids have moved out and it’s a dawn of a new era for the Canadian comedy legend. Pushing the boundaries of his irrepressible sense of mischief further than ever before, join Tom as he revels in his newfound sense of freedom with hilarious anecdotes of how he is embracing the next chapter of his and his family’s lives.

With 30 years out on the comedy frontline as well as a brand-new show every year since 2011, Tom Stade is only just warming up as he enters the new decade with even more of his rock ’n’ roll swagger and blithesome spirit. You really ain’t seen nothing yet!

Aside from his work as a comedian, before lockdown Tom made a venture in serious acting and featured in a BBC drama The Grey Area (directed by BAFTA award winning director, Garry Anthony Frazer), which is about escaping addiction and gang violence in Edinburgh. Along with The Grey Area, Tom has appeared in the critically acclaimed Canadian sitcom The Newsroom and the award-winning feature film My Own Private Oshawa.

This entry was posted on Saturday, December 4th, 2021 at 11:10 pm and is filed under Attractions. You can follow any responses to this entry through the RSS 2.0 feed. You can skip to the end and leave a response. Pinging is currently not allowed.