Attraction review: Buckingham Palace Garden open to the public for the first time in history

This summer families can discover the sights of private areas of Buckingham Palace Garden enjoying a once-in-a-lifetime opportunity to picnic with views of the Palace. I have done that and loved feeling the soft grass under my bare feet and laying on historical grounds.

Kids and parents alike can wander around the garden’s winding paths and experience the beauty and calm of this walled oasis in central London. Among the many features to discover are the 156-metre Herbaceous Border, the Horse Chestnut Avenue, the plane trees planted by Queen Victoria and Prince Albert, and the famous lake with its island that is home to the Buckingham Palace bees (accessible exclusively to Prince Albert who used it as his man cave). 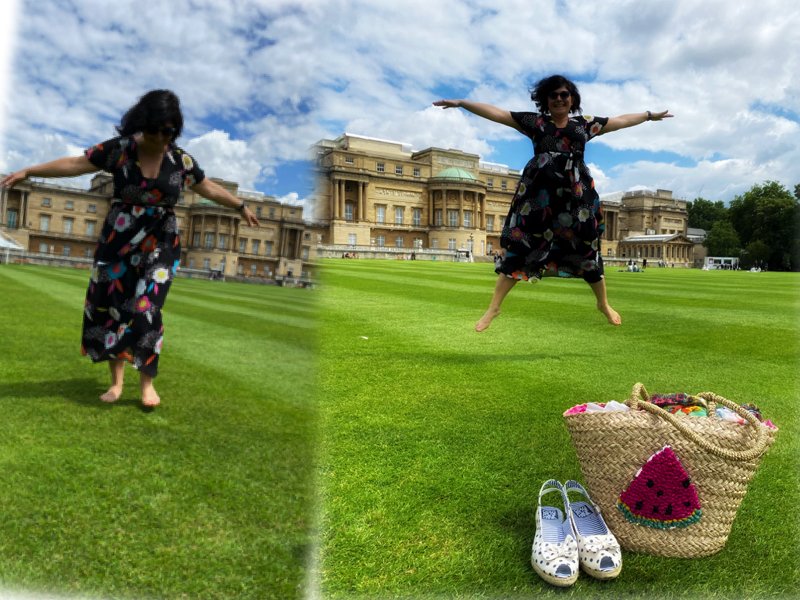 After exploring the private gardens during a special guided tour, families can enjoy a picnic on one of the sweeping lawns overlooking the Palace. You can purchase refreshments from one of the many food stalls dotted around the Garden, or bring your own food and drink. Remember to book your ticket in advance (apparently 98% of tickets are already sold out). 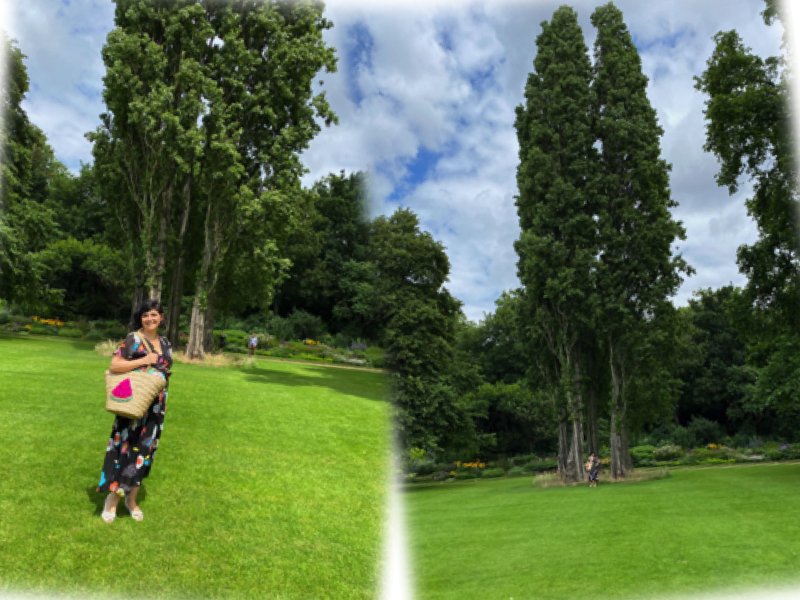 I have learnt a lot of stories from the tour guide. Buckingham Palace’s 39-acre garden fulfils many roles. It is The Queen’s private London garden, but it also plays a key part in the busy calendar of royal events (in non pandemic times). The most famous of these events are The Queen’s Garden Parties, which in an average year see around 24,000 guests from all walks of life welcomed into the garden each summer. For over 200 years the garden has been used by the Royal Family for official entertaining and celebratory events.

Described as ‘a walled oasis in the middle of London’, the garden is the largest private garden in the capital and boasts 325 wild-plant species, 30 species of breeding birds, and over 1,000 trees, including 98 plane trees and 85 different species of oak.

The central feature of the garden is the lake, created in the 19th century and originally fed from the overflow from the Serpentine in Hyde Park. Today it is a self-regulating eco-system fed from the Buckingham Palace bore hole. A ‘long-grass policy’ has encouraged the natural lakeside environment to flourish, and the area is now a favourite nesting site for a variety of water birds. The garden provides a habitat for native birds rarely seen in London, including the common sandpiper, sedge warbler and lesser whitethroat. 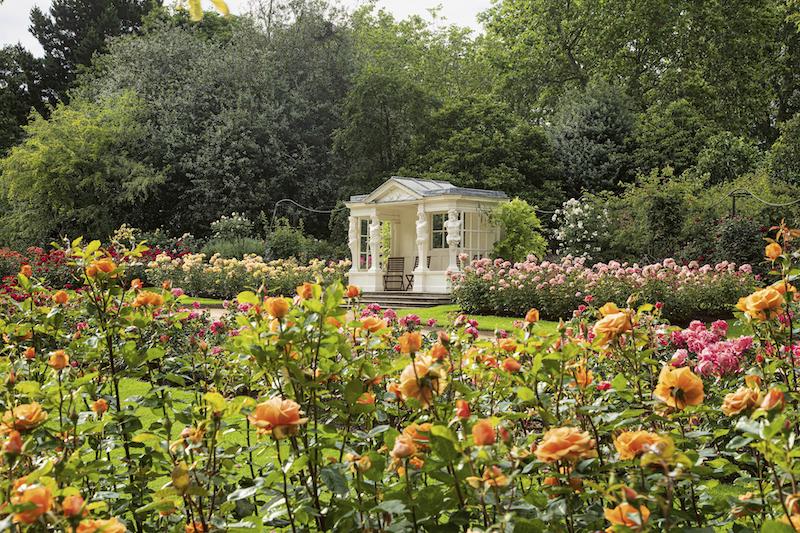 Other areas of the garden include the 156-metre Herbaceous Border, wildflower meadow and Rose Garden. Structures in the garden include a wisteria-clad summer house, enormous Waterloo Vase made for George IV in Italy, and the Palace tennis court, where King George VI and Fred Perry played in the 1930s.

History of the garden

In 1608 James I established a plantation of mulberries for the rearing of silkworms on the site under royal patronage. Unfortunately the wrong type of mulberry bush was chosen and the scheme came to nothing. The garden is now home to 45 different types of mulberry trees, and since 2000 it has held the National Collection of Mulberries.

During the first half of the 18th century, Buckingham House, the London home of the Duke of Buckingham, occupied the position where the Palace now stands. The house with its surrounding land came into royal ownership in 1761, when it was bought by George III as a private residence. During the reign of George III and his consort, Queen Charlotte, the garden was home to a collection of exotic animals, including an elephant and one of the first zebras seen in England. 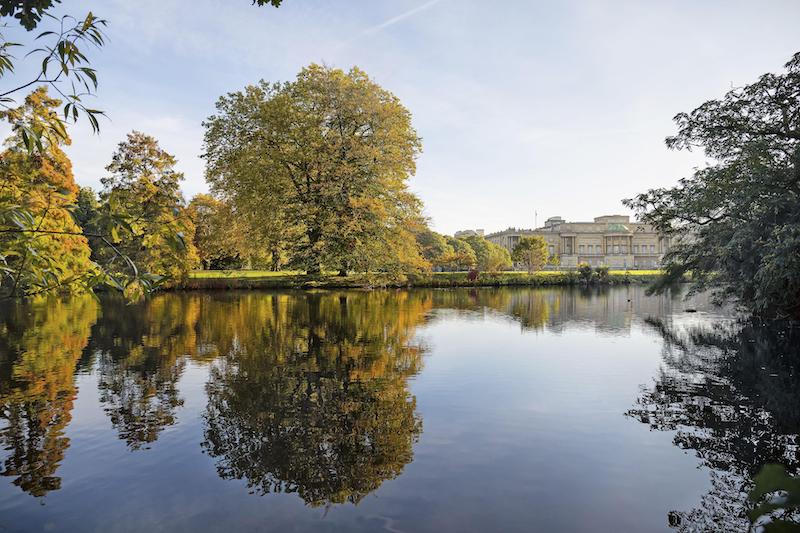 The design of the garden as seen today dates back to George IV’s conversion of Buckingham House into Buckingham Palace from 1825. The new royal residence needed a suitably private garden, and George IV appointed William Townsend Aiton, who was in charge of the Royal Botanic Gardens at Kew, to oversee the remodelling of the grounds. By this date the taste for very formal gardens had been replaced by a desire for more naturalistic landscaping, inspired by the work of Capability Brown and Humphry Repton. Aiton’s main alterations were the creation of the lake and the construction of the Mound, an artificial high bank on the south side to screen the Palace from the Royal Mews.

Like the Palace itself, the garden has undergone changes over the years. King George VI and Queen Elizabeth (The Queen Mother) chose to clear many of the dense Victorian shrubberies and introduced a wide selection of decorative flowering trees and scented shrubs.

A number of commemorative specimens planted by members of the Royal Family are identified by plaques recording the occasion, including birthdays, wedding anniversaries and jubilees. The plantings are constantly added to by today’s team of gardeners, to introduce new areas of interest and to enhance the historic landscaping.

Visitor information and tickets: www.rct.uk, +44 (0)303 123 7300. Pre-booking is essential. The Garden at Buckingham Palace will open five days a week, remaining closed on Tuesdays and Wednesdays.

This entry was posted on Tuesday, July 13th, 2021 at 3:04 pm and is filed under Attractions. You can follow any responses to this entry through the RSS 2.0 feed. You can skip to the end and leave a response. Pinging is currently not allowed.