British Baroque: Power and Illusion is the first ever exhibition to focus on baroque culture in Britain. From the Restoration of Charles II in 1660 to the death of Queen Anne in 1714, the exhibition explores the rich connections between art and power in this often-overlooked era. The show includes many new discoveries and works displayed in public for the first time, many on loan from the stately homes for which they were originally made. It is hosted by Tate Britain for just over two months and, as every period retrospective, is a must see. It is also important to take kids to see these exhibitions, to bring history subjects alive and to get a feel for real artwork – not just art on computer screens. 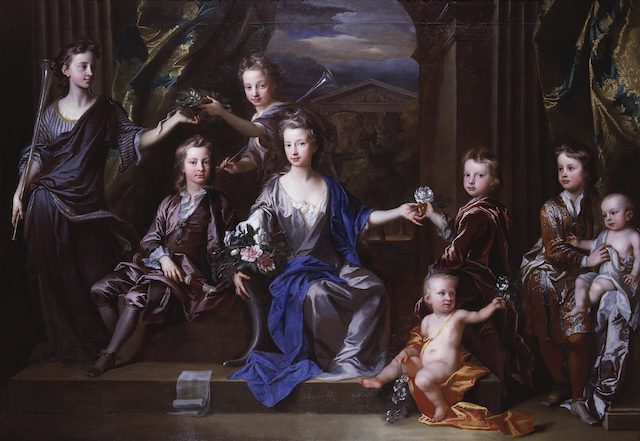 John Closterman, The Children of John Taylor of Bifrons Park 1696

The baroque is usually associated with the pomp and glory of European Courts, epitomised by that of Louis XIV, but baroque visual culture also thrived in Britain under very different circumstances. From the royal court’s heyday as the brilliant epicentre of the nation’s cultural life, to the dramatic shift in power that saw the dominance of party politics, this exhibition shows how magnificence was used to express status and influence. As well as outstanding paintings by the leading artists of the day, including Sir Peter Lely, Sir Godfrey Kneller and Sir James Thornhill, the show also uncovers pivotal works by lesser known names.
As the first ever exhibition anywhere addressing the baroque culture in Britain during late Stuart period it comes with a compelling narrative of a great age of British dominance, including the beginning of the dual party system, as we know it today. The exhibition takes us on a half century journey not just through the fashion of the monarchs but also the importance of the restoration of monarchy by Charles II emulating what he had seen in Europe. He wanted to restore the public image of the kingdom. The power of the monarch is crucial in the artwork shown here: It’s not just the majestic physical appearance of the king that stands out but also the use of mythical allegories of the restoration representing peace returning to the shores of Britain. 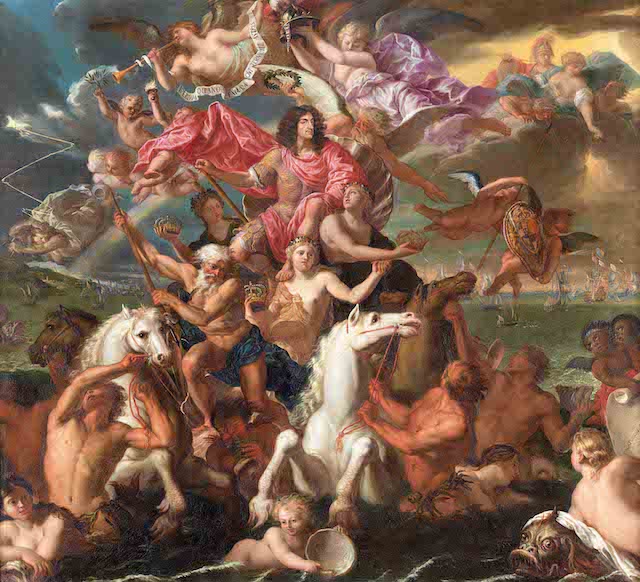 The depictions of female beauties are my favourite ones of the whole exhibition. 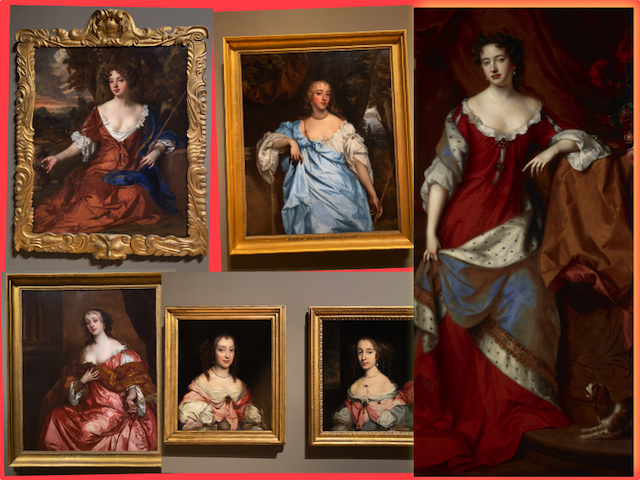 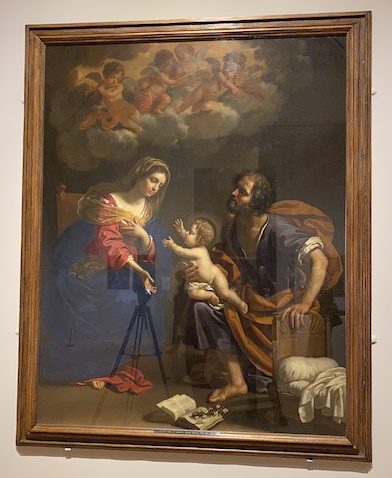 Benedetto Gennari, the Holy family – check out at the graceful representation of the Holy Virgin and the passion on St Joseph’s face when looking at his beloved wife. Italian artists have a special talent to depict love, grace and passion that cannot be found in any other painters.

Unsurprisingly, it was in the room dedicated to spiritual and religious artwork, that I found the most graceful paintings by Italian artists. The facial expressions are delicate and evocative as opposed to the British portraits of female beauties. The Italian painters influenced by Tiziano and Raffaello as well as the Carracci brothers are inimitable although British artists did their best to recreate such elegance. 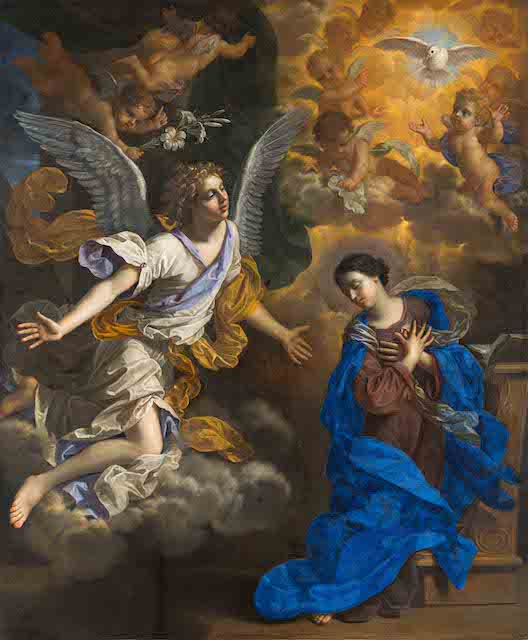 I also loved all artwork and revolutionary 3D masterpieces mainly by Dutch painters and artists in the room ‘illusion and deception’ including incredible optical illusions created only using brushes and paints. 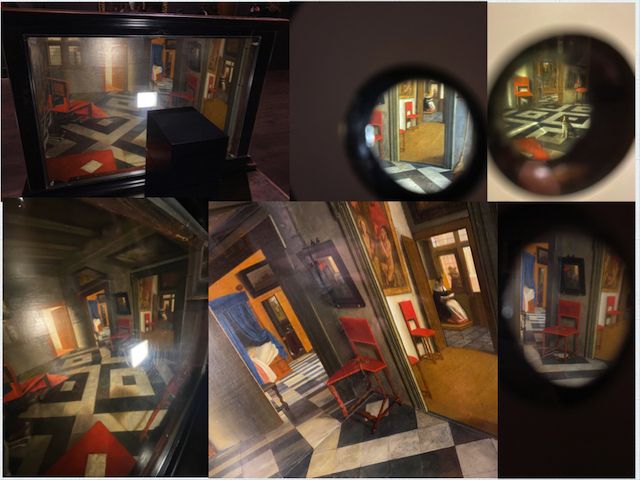 Samuel Van Hoogstraten, A Peepshow with Views of the Interior of a Dutch House, c.1655-60 – Perspective boxes were objects of wonder in the 17th century. This is one of only six to survive. When viewed through holes on either side of the wooden box, the distorted perspective corrects itself, becoming a view through rooms in a house. A woman reads a book, a dog sits in the hall, while a letter bears the address of the artist.

One section of the exhibition is dedicated to Baroque architecture at Hampton Court, St. Paul Cathedral and Greenwich hospital by pivotal architect Christopher Wren. 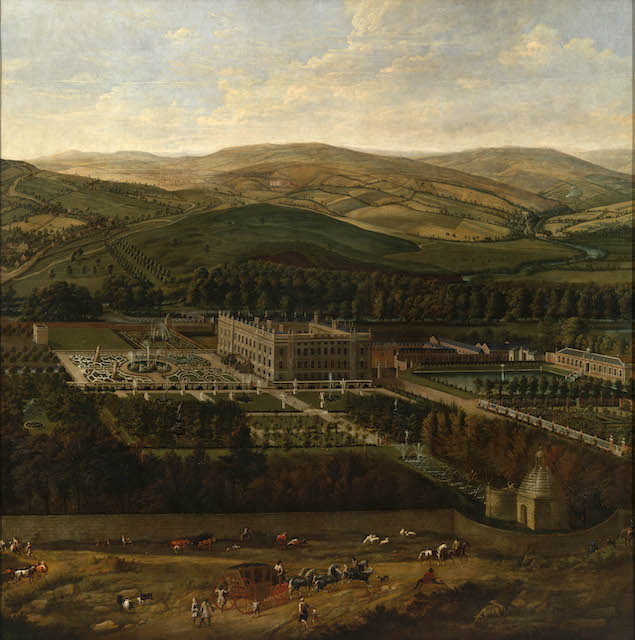 It is in the magnificence shown in the paintings of the buildings that you appreciate the fact that baroque artists had incredible observation skills. Back then they did not have photographs to rely on and had to memorise all details carefully. People did not have their heads bent on mobile phones but observed nature and their surroundings. Mythological mural paintings, which frequently carried contemporary political messages, were designed to overwhelm spectators and impress upon them the power, taste and leadership of their owners.

My least favourite room – and probably the most difficult for children to understand – was the one dedicated to War and politics which dominated the reigns of William III and Anne. The exhibition includes heroic equestrian portraiture – the horses are depicted with extraordinary details – panoramic battle scenes and accompanying propaganda. 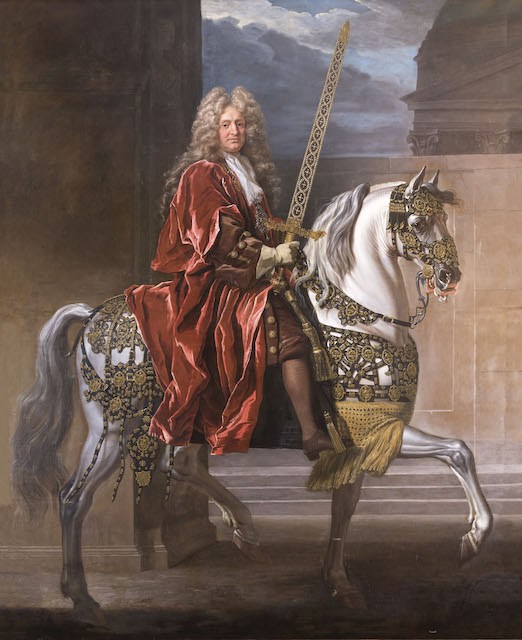 Interestingly enough, while I was observing a painting showing a scene of a political country house meeting during the Stuart era, I did not feel this gathering scenario hadn’t changed much since then and those politicians very much resembled our current government personalities. 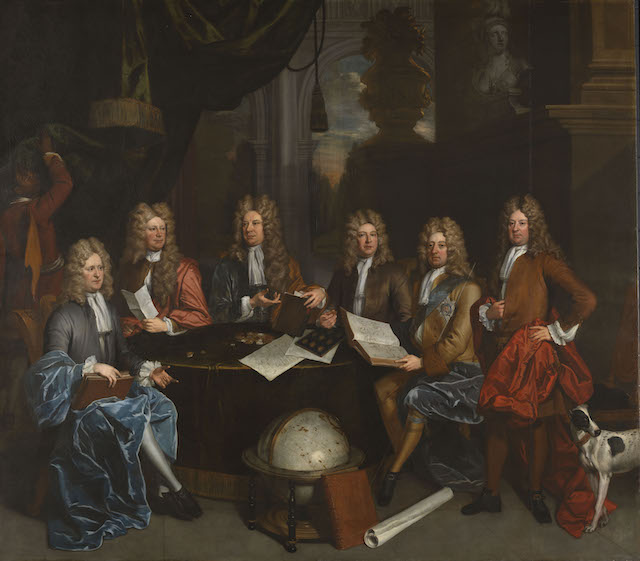 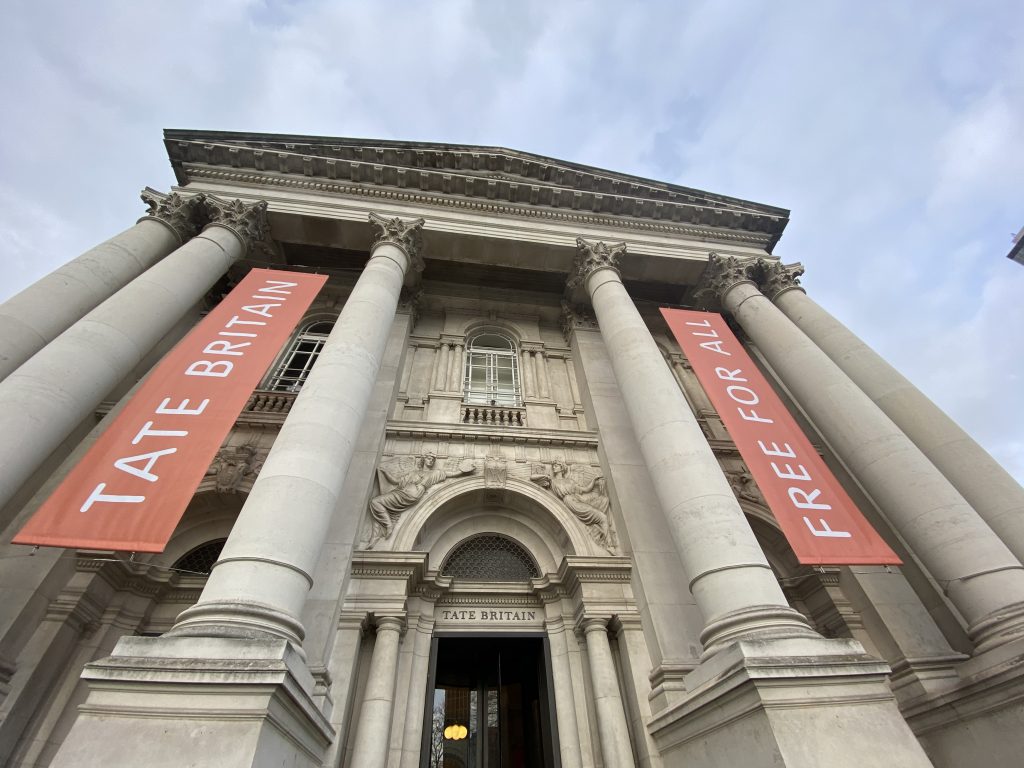 It’s always fun and educational to take children to the Tate Britain plus it’s FREE FOR ALL!

This entry was posted on Tuesday, February 4th, 2020 at 2:24 pm and is filed under Attractions. You can follow any responses to this entry through the RSS 2.0 feed. Both comments and pings are currently closed.