The Art of the Brick – Lego Exhibition Images

Don’t miss one of the most fascinating exhibitions ever come to London, The Art of the Brick® by US brick artist Nathan Sawaya who used more than a million LEGO® pieces to produce over 80 artworks. I have tried to capture the uniqueness of each masterpiece through my camera lens but they don’t really give a sense for the brilliance of this new form of art. Enjoy these images (only a handful just to give you a taster of the exhibition)! 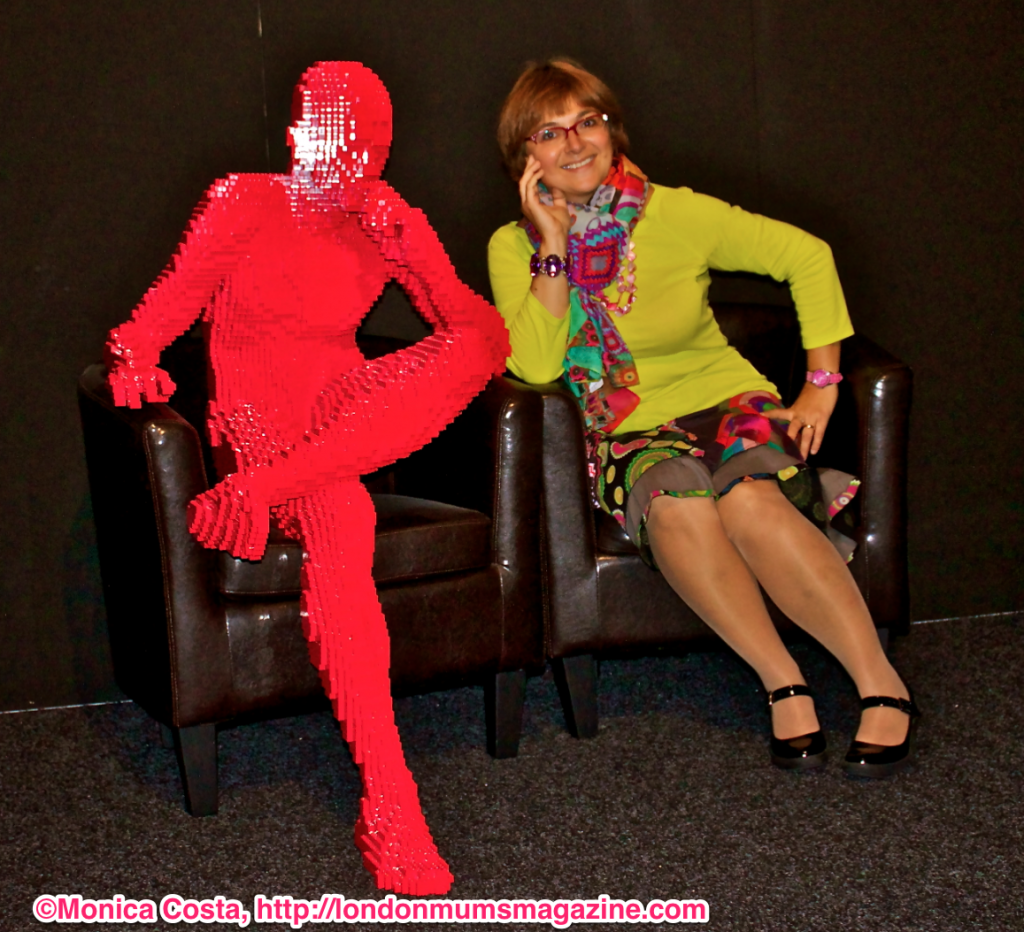 I am here with Red Guy Sitting! What a friendly-looking fella! 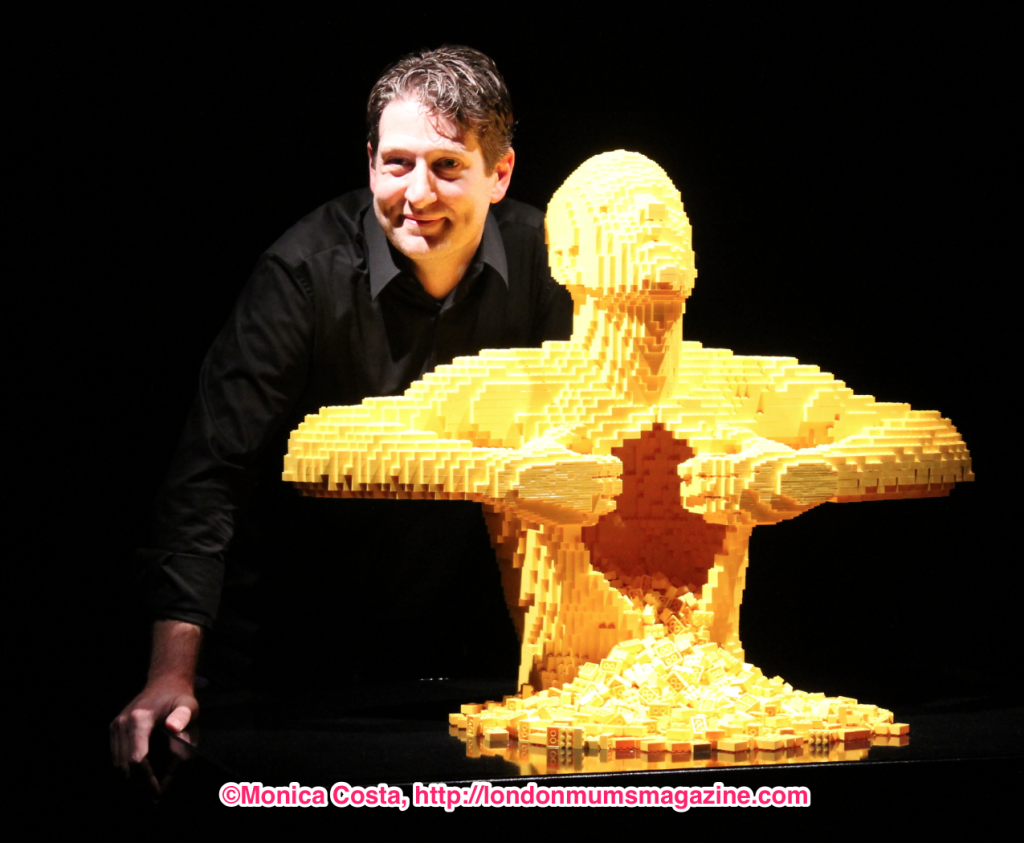 Nathan Sawaya’s most famous piece Yellow made from 11.014 bricks. It is one of the most popular pieces in the exhibition. Nathan said that it is because people value the cathartic effect that opening oneself to the world may have on one’s mind 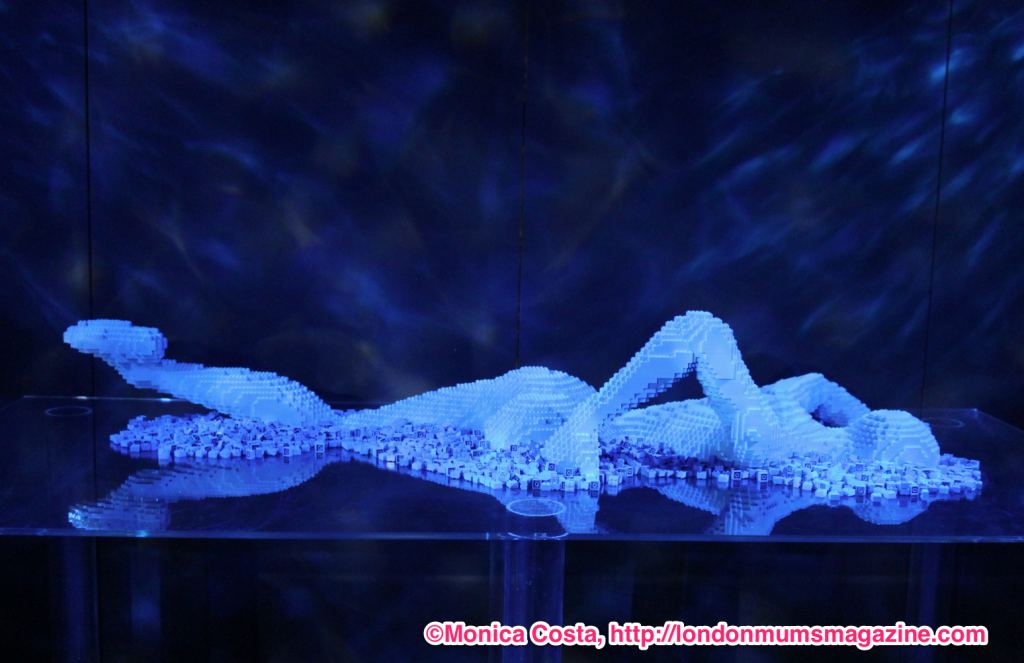 BLU – ‘Swim against the current! Follow your own path! Find the courage within!’ Nathan Sawaya 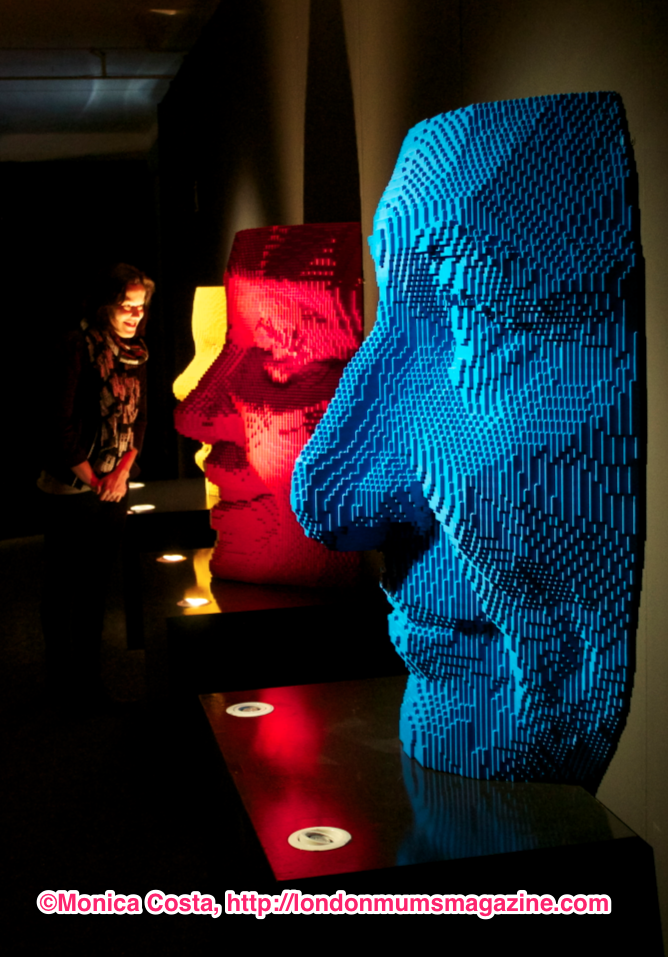 ‘A mask presents the world with a face we want it to see. Is yours Blue, Red or Yellow?’ Nathan Sawaya 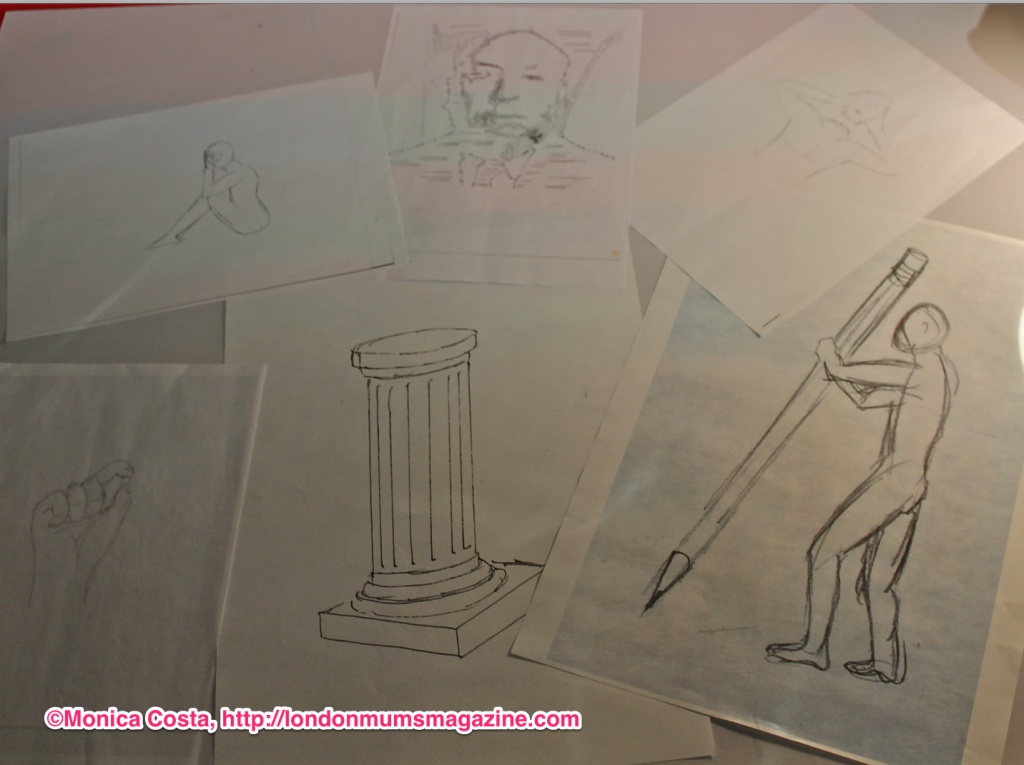 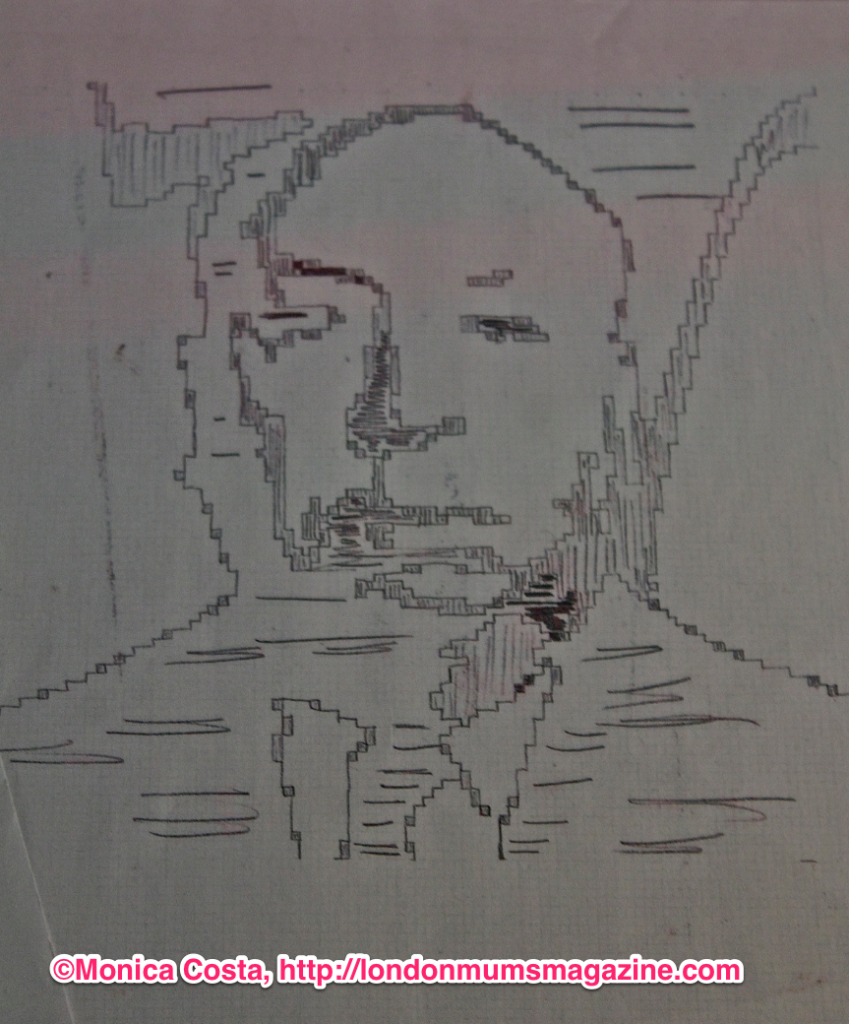 Alfred Hitchcock is sketched on brick paper. This is where all Nathan’s art starts. 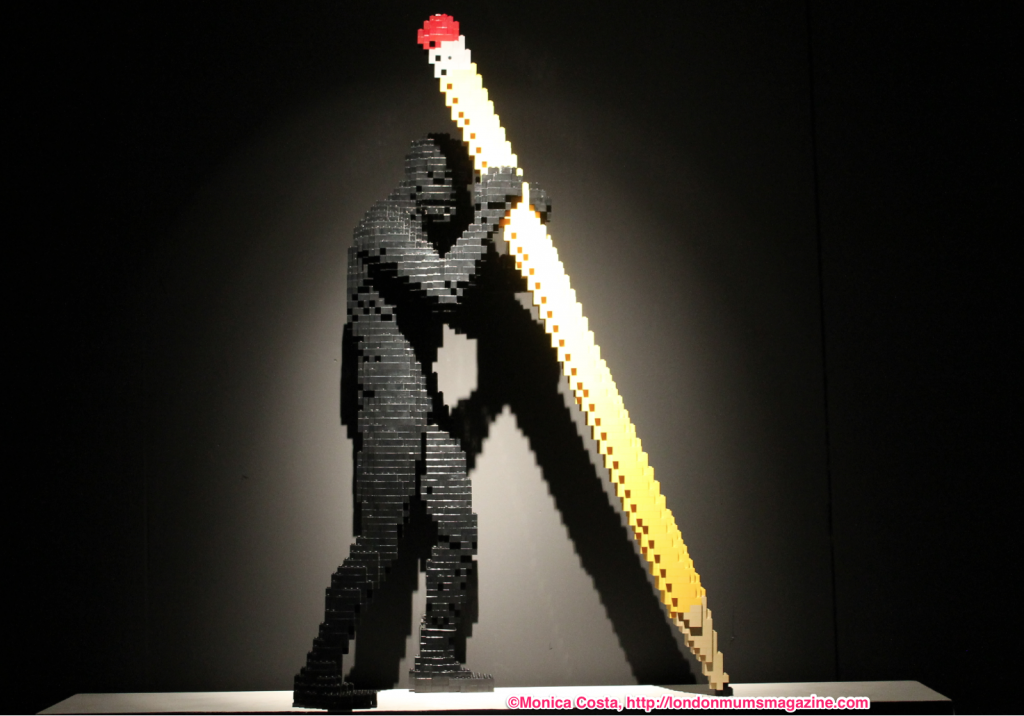 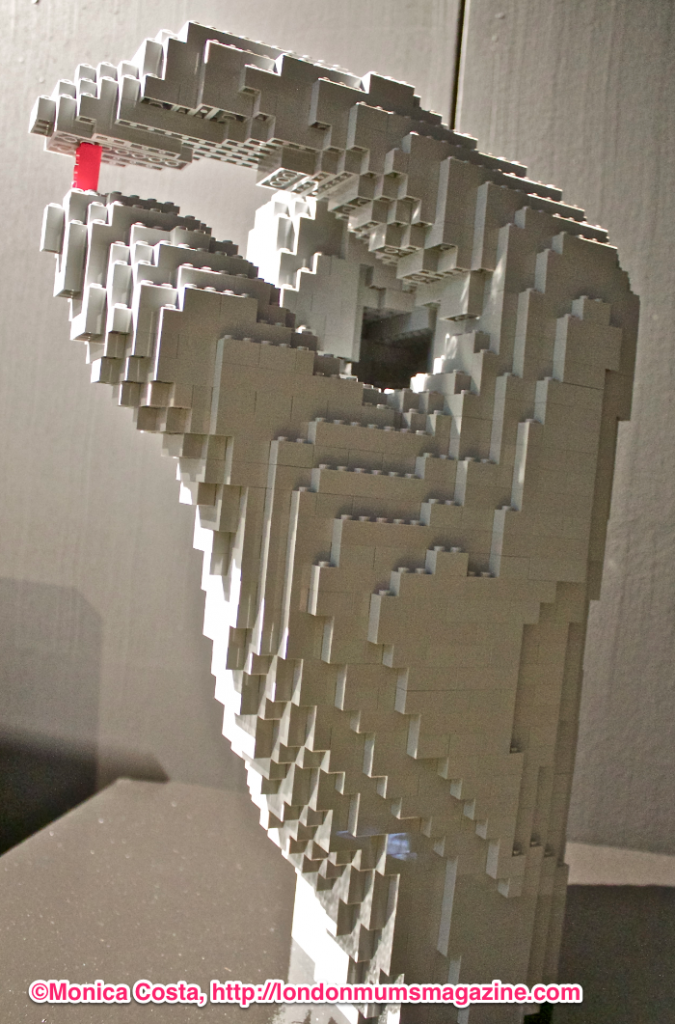 Pinching Hand made of 1.601 bricks 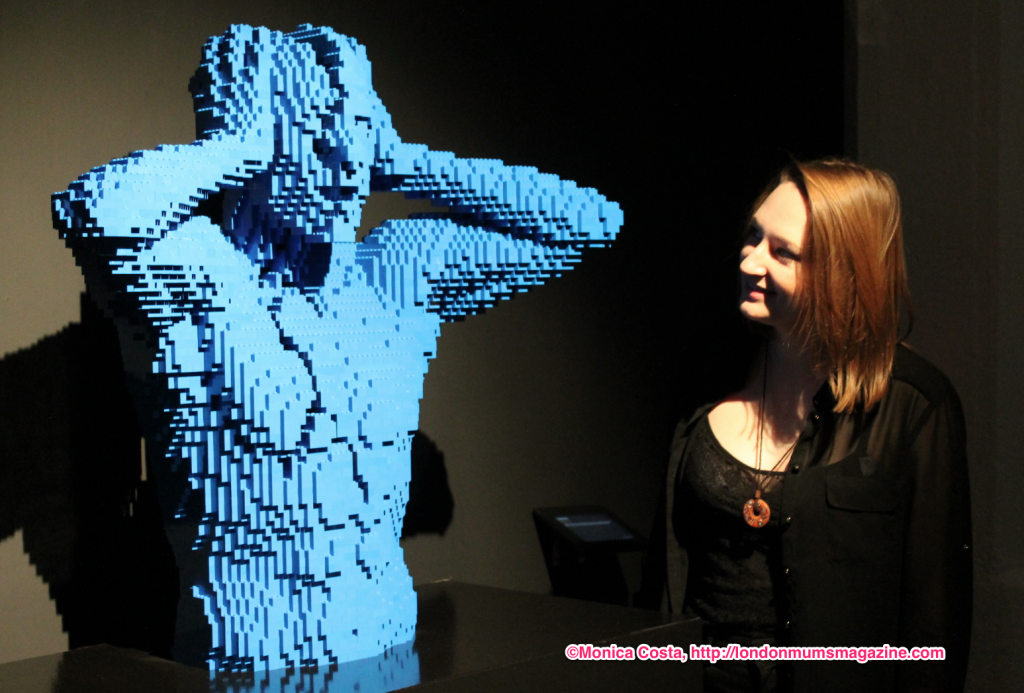 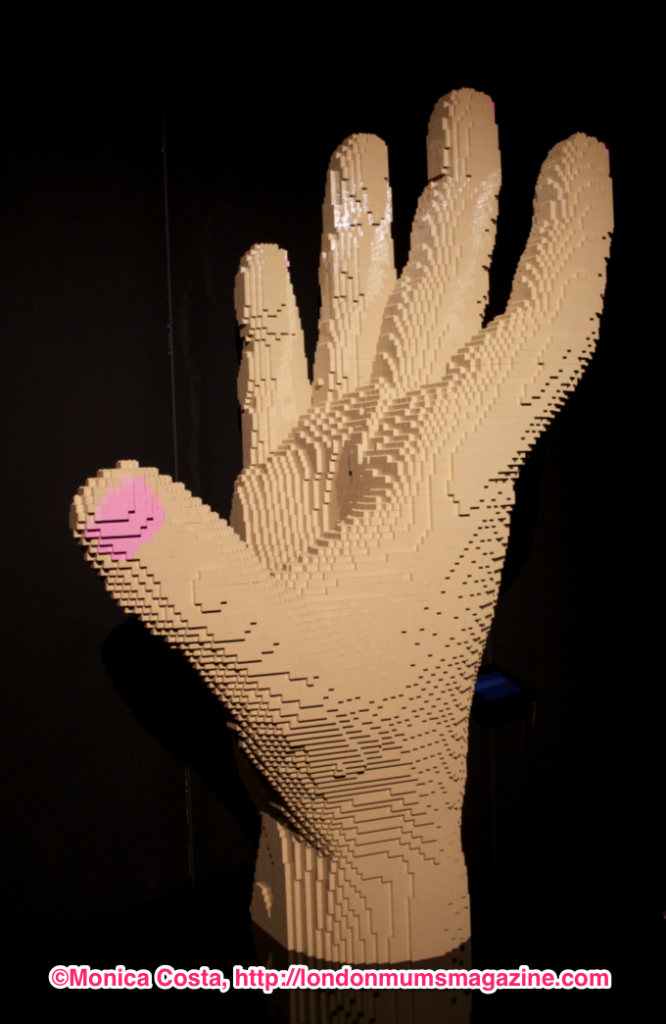 Hand. 14.500 bricks. This sculpture was built over three weeks. 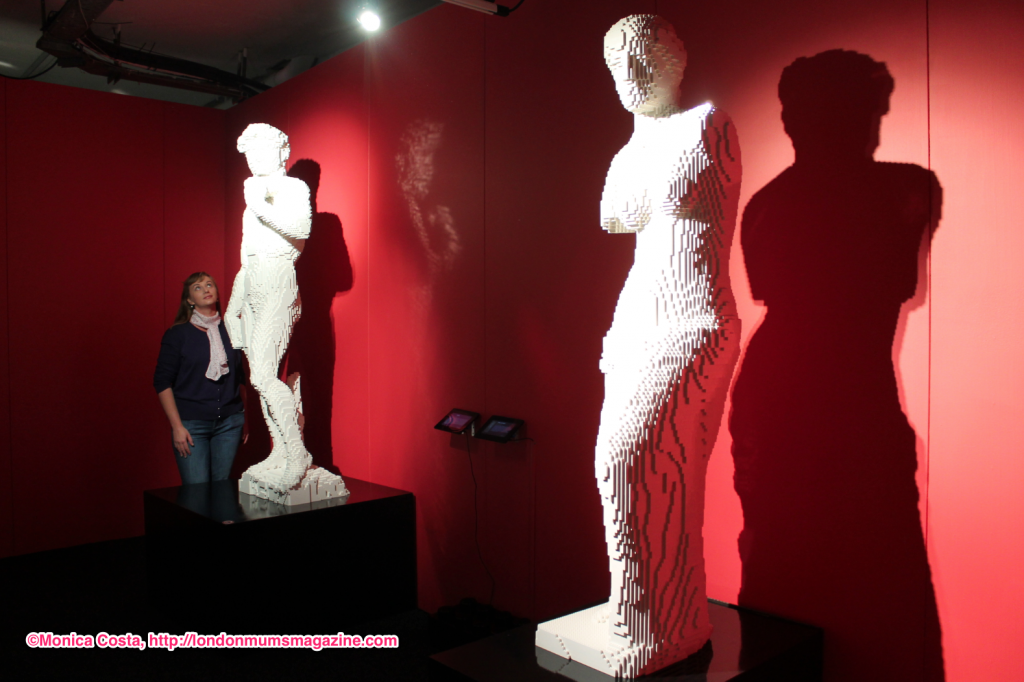 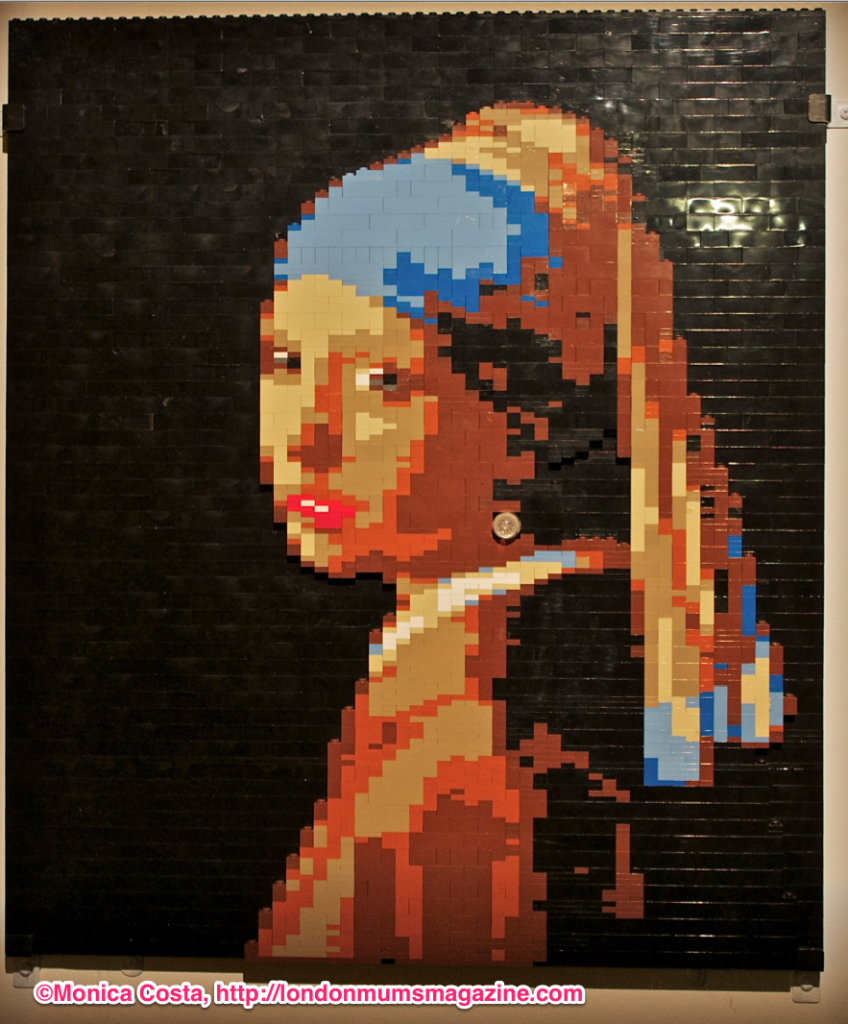 Girl with the Pearl Earring (original by Vermeer). 1694 bricks. 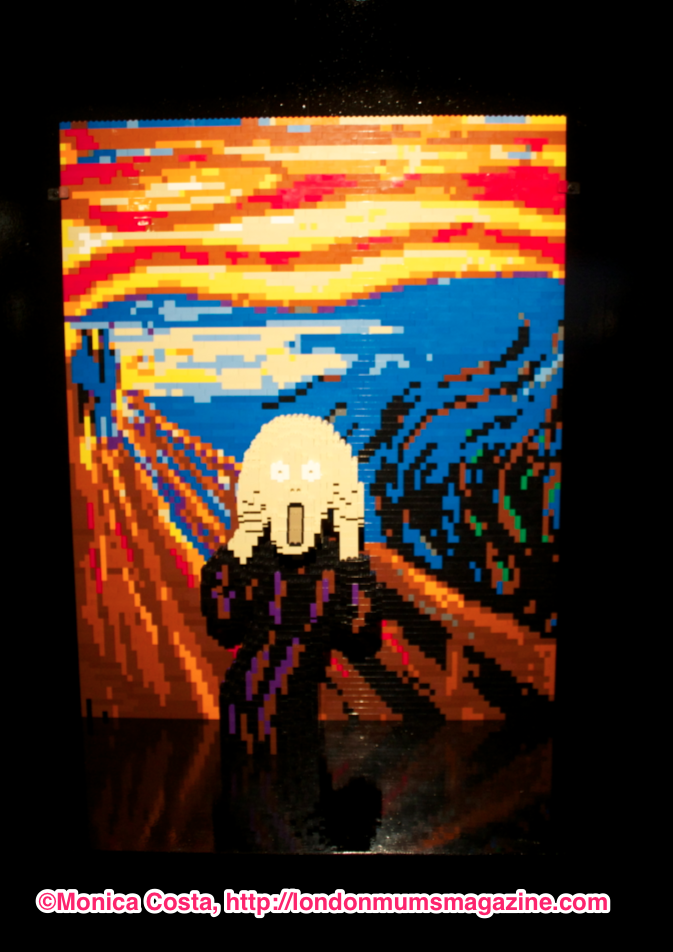 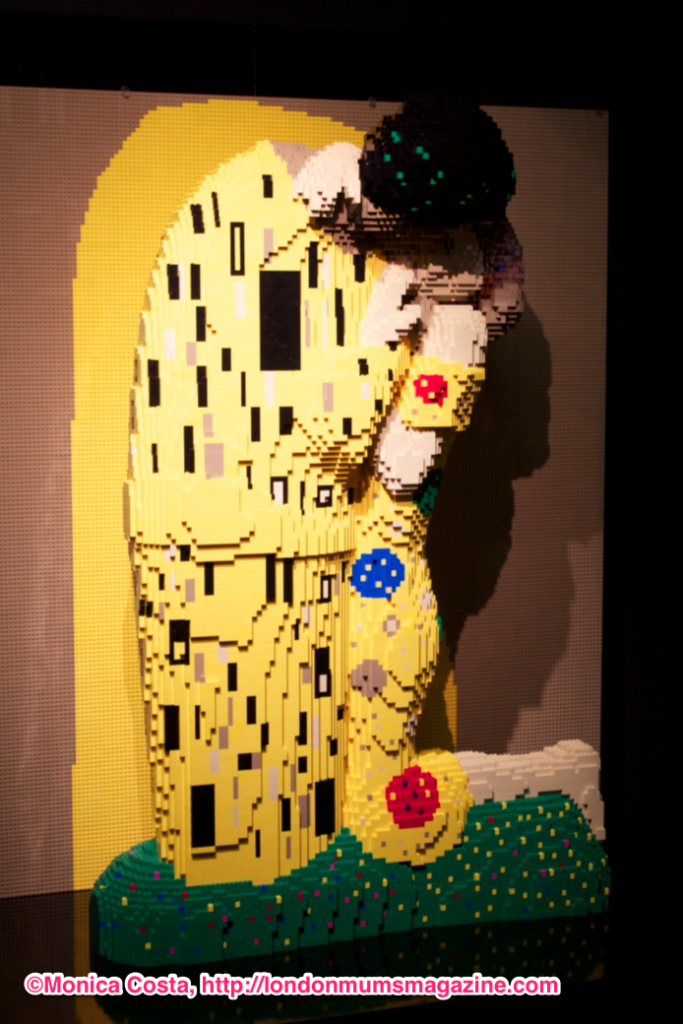 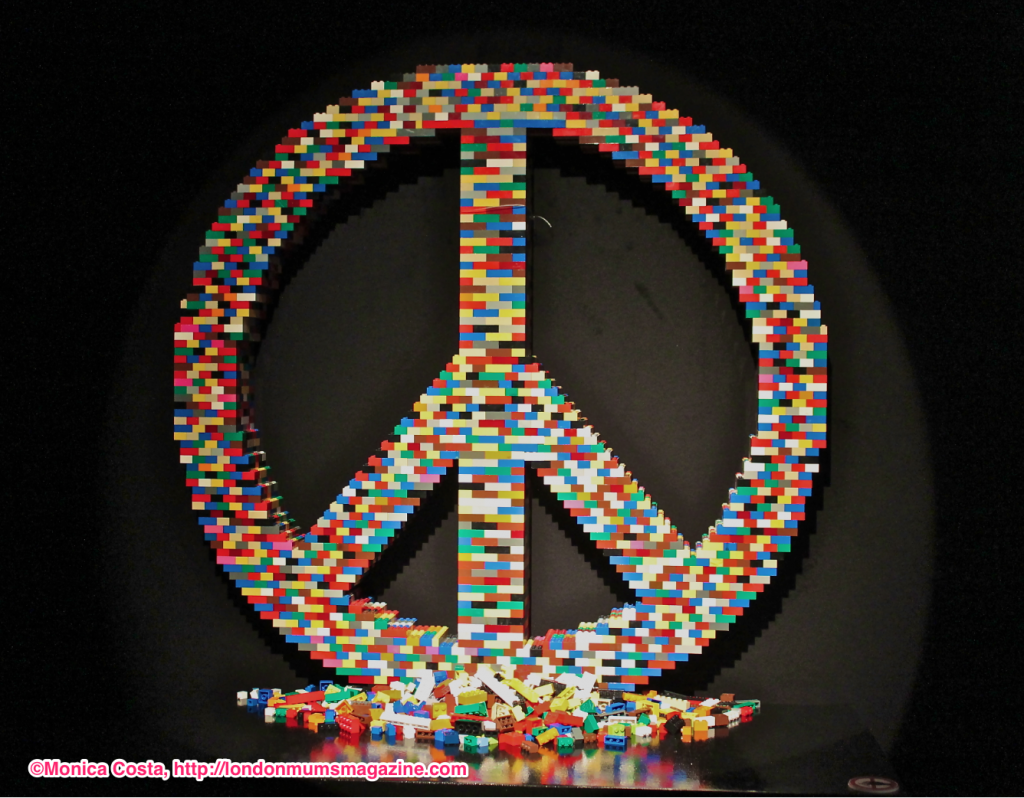 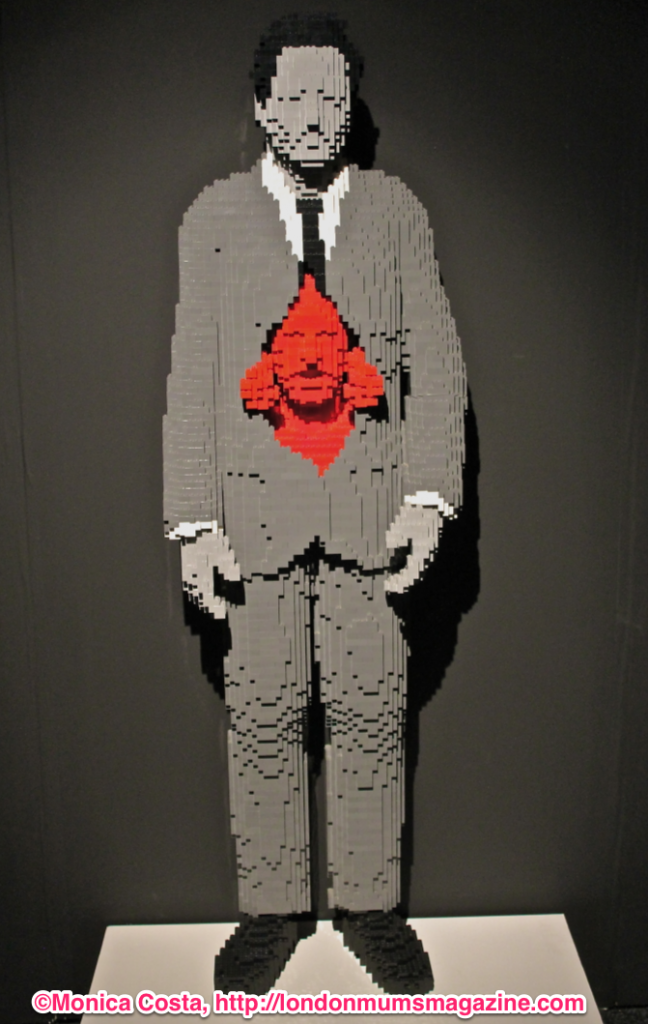 Self. ‘Taking a leap is hard. I used to be a lawyer. There’s nothing wrong with being a lawyer, but I always knew there was another me, an Artist Me, lurking inside.’ Nathan Sawaya 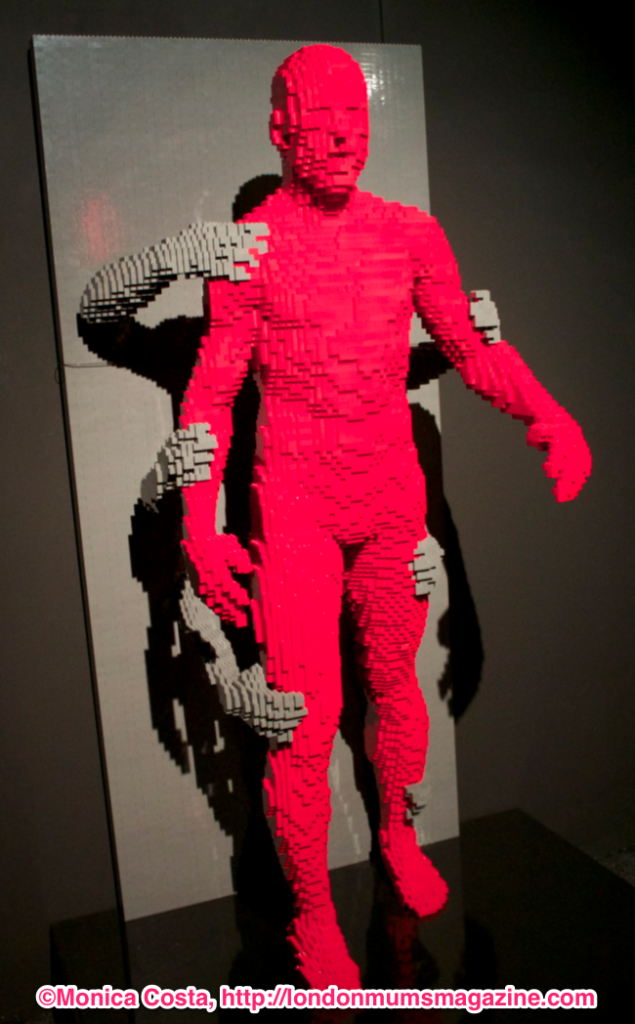 Grasp. ‘Whatever your hidden desires, there will always be hands to hold you back’ Nathan Sawaya 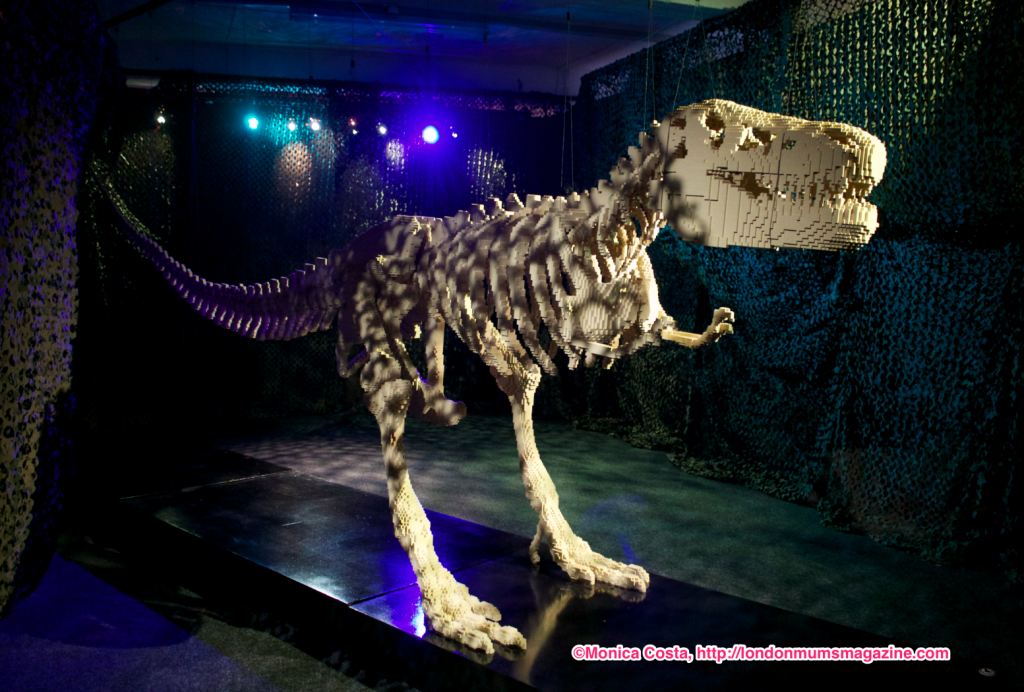 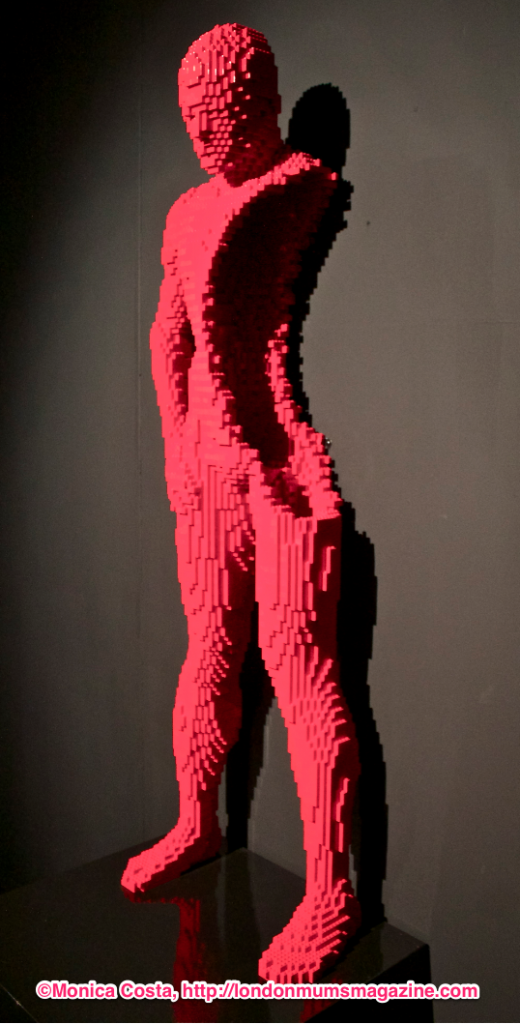 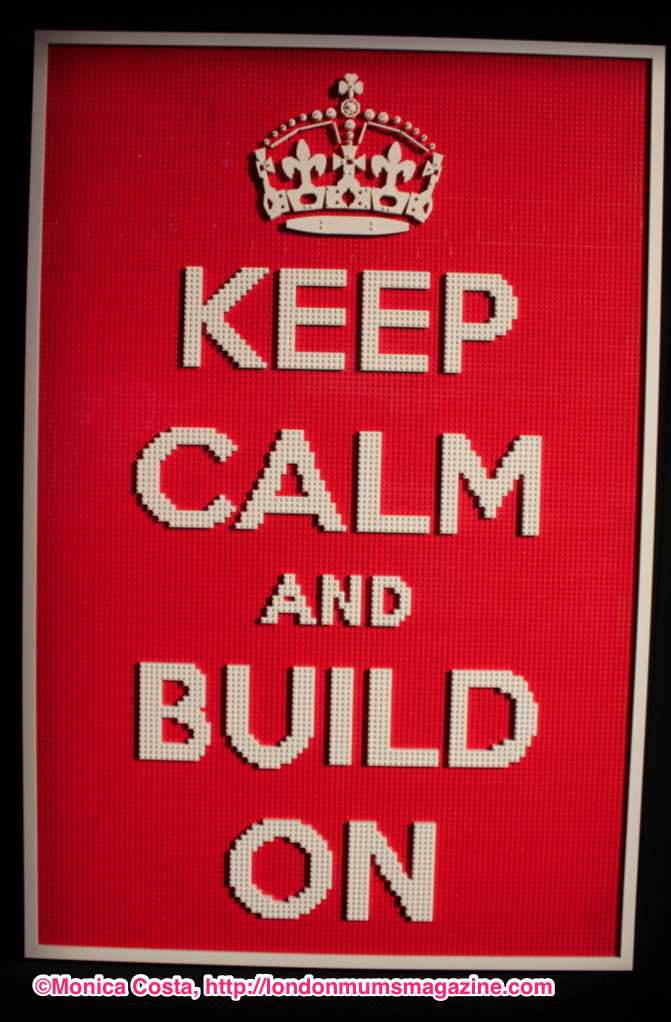 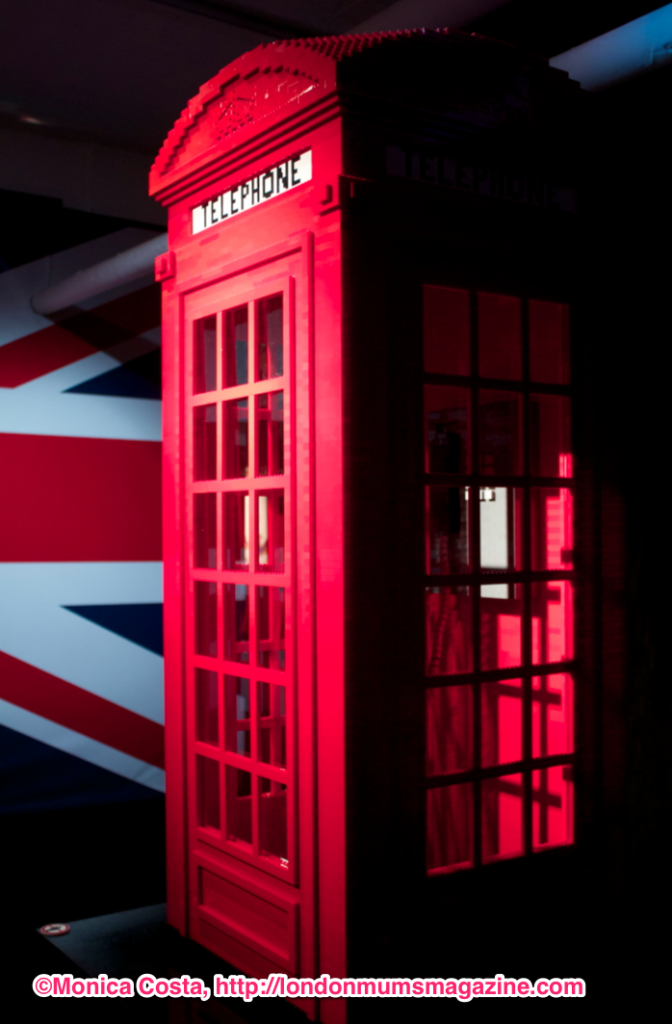 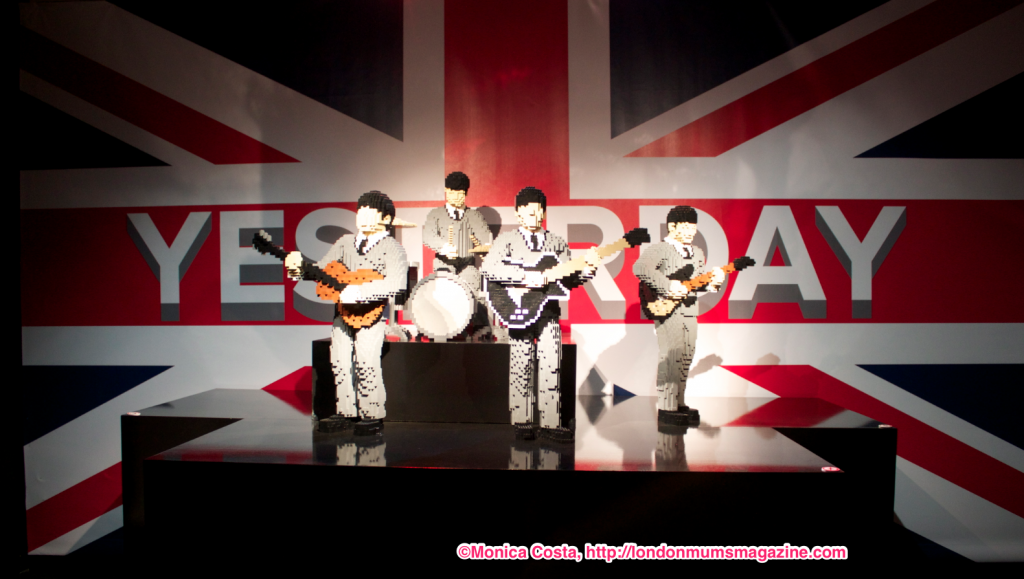 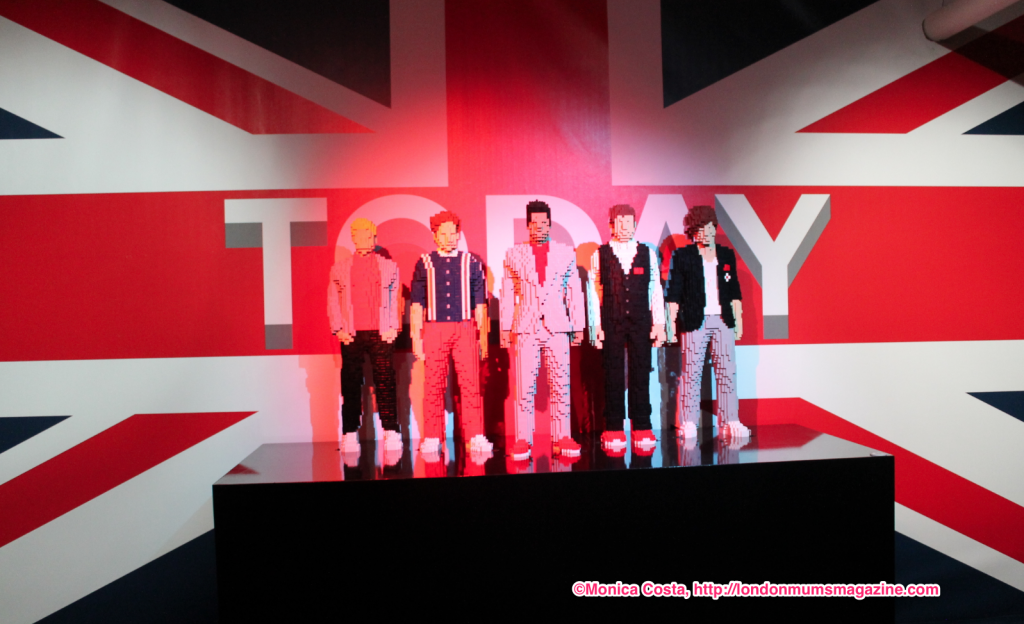 These one-of-a-kind LEGO brick sculptures are the work of US artist Nathan Sawaya. The exhibition is hosted at The Old Truman Brewery, East London’s revolutionary arts and media quarter – for a limited season from Friday 26 September 2014 until Sunday 4 January 2015.

The Art of the Brick has been proclaimed by CNN as one of the world’s 10 must see exhibitions and has already attracted millions of visitors worldwide in New York, Los Angeles, Melbourne, Shanghai and Singapore.

The artworks on display are large scale sculptures many of which are human figures such as Sawaya’s most famous piece Yellow and also includes a TRex skeleton Dinosaur constructed from over 80,000 LEGO bricks that measures over six metres in length. In addition, visitors will have a chance to see Sawaya’s recent interpretations of some of the world’s most famous artworks, such as Da Vinci’s Mona Lisa, the Venus de Milo and Vermeer’s Girl with a Pearl Earring.

The exhibition includes an Interactive Zone inviting younger (and older) visitors to explore their creativity using the iconic bricks.

Tags:  art exhibition Lego
This entry was posted on Thursday, October 2nd, 2014 at 11:40 am and is filed under Attractions. You can follow any responses to this entry through the RSS 2.0 feed. Both comments and pings are currently closed.